An AFL umpire who proposed to his girlfriend in the middle of the Melbourne Cricket Ground has joked how he tried to make the ring as least ‘disgusting’ as possible.

Boundary umpire Dillon Tee, 30, popped the question to his partner of 10 years, Eleni Glouftsis, 27, after the clash between Carlton and Adelaide on Saturday.

Mr Tee waited until the end of the game when he nervously got down on one knee and proposed before she accepted and kissed him in front of the crowd.

The couple appeared on The Project grinning from ear to ear when Mr Tee was asked if he held on to the ring the entire match.

‘As long as I could have it without making it all sweaty and disgusting, I didn’t want to give her a stinky ring, it had to be all clean and shiny.’

Mr Tee said he had already asked for his soon to be father-in-law’s for permission during the week, who assured him his proposal idea was ‘as much of a slam dunk as anything’.

Boundary umpire Dillon Tee, 30, proposed to his girlfriend of 10 years, Eleni Glouftsis, 27, after the game on Saturday between Carlton and the Crows

Despite the added confidence, Mr Tee said he nervous making such a public proposal in front of what he hoped would be an empty arena.

‘When we walked out there and I saw all the corporate boxes were full I did start to cack my dacks a little bit,’ he said.

Saturday’s game was already special for the couple as the two umpires ran out on to the field together for the first time. 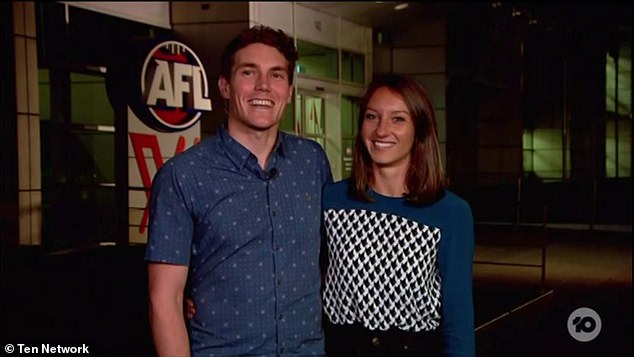 ‘It’s the first time we’ve ever umpired AFL together – it was a special day made even more special,’ Ms Glouftsis said.

‘Did I think it was going to be that public in the end? No. But what a wonderful way to celebrate.’

The pair first met when they were both umpires in the South Australian National Football League. 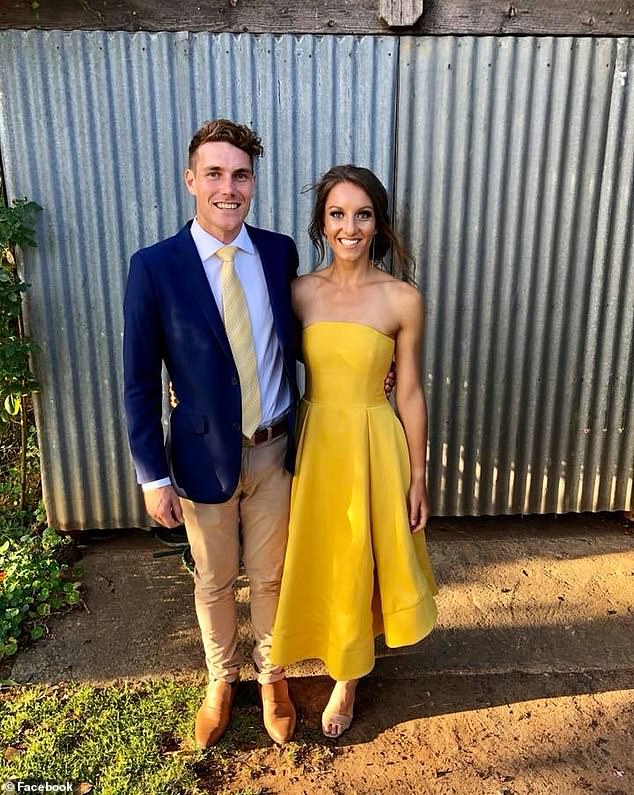 Although surprised at the unexpected proposal, Glouftsis accepted and kissed Tee before they hugged

‘I’ve been umpiring AFL now for three years and Dillon has been umpiring for eight years approximately and we have never had a game together,’ Ms Glouftsis told Adelaide Now.

‘Today (July 27) was our first game, with Dillon on the boundary and myself on the field.

‘It was a really exciting day anyway and Dill said that we had to have a photo taken for the AFL Umpires Association so we went back out to the field. Then we were hanging out looking at the centre and he decided to propose.’ 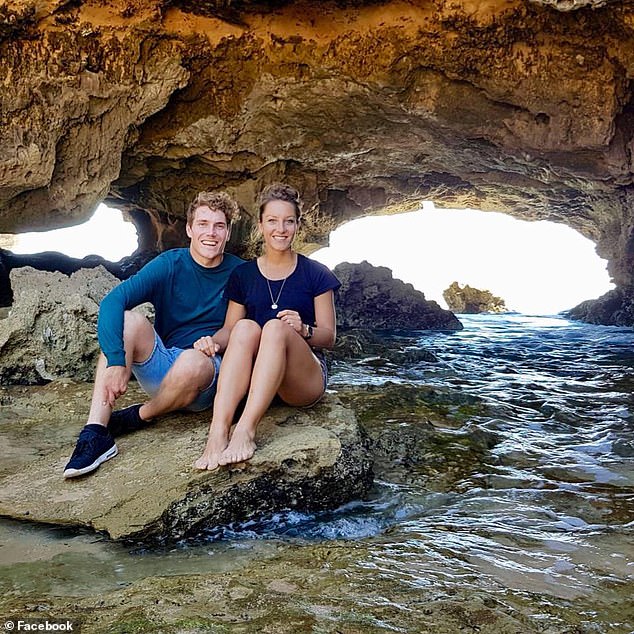 Back in 2018 at the Invictus Games, Australian athlete Dean Knobel proposed to his girlfriend Rachel Wilson following his win during a relay swim.

‘I had been planning it for months. I had to get permission to do it from the Invictus committee,’ Mr Knobel told ABC.

‘I dropped down to one knee and asked her to marry me and she said ”yes”.’ 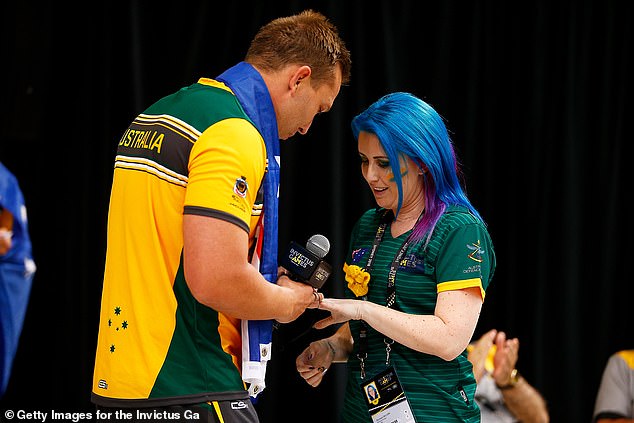 ‘I had been planning it for months. I had to get permission to do it from the Invictus committee,’ Mr Knobel said

The former Navy marine technician who has a spinal injury from a heavy lifting accident which crushed his left hand, also lives with an adjustment disorder.

The pair met online and he’s described Ms Wilson as his ‘rock’ for her ongoing support during the tough times.

He said it was ‘right’ to turn his gold medal celebration into a surprise proposal.

‘I couldn’t get the ring on her finger but it was just a magical moment.’ 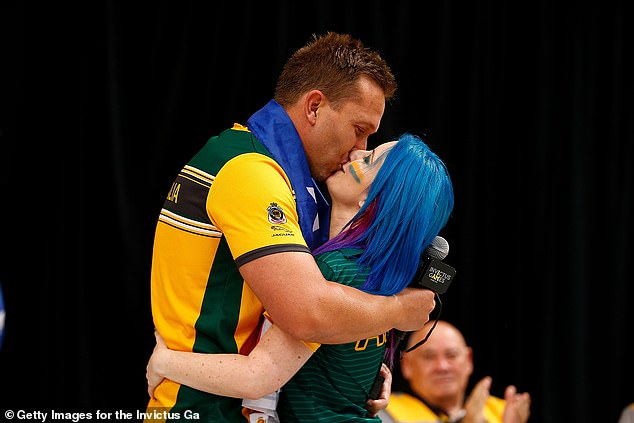