After Rob Gronkowski completes a surprise retirement u-turn, who else has followed suit?

A year after retiring following victory in the Super Bowl with the New England Patriots, Rob Gronkowski announced his return to the NFL on Tuesday.

Gronk, one of the most destructive offensive players in the league over the past ten years and a three-time Super Bowl winner, will reunite with star quarterback Tom Brady at the Tampa Bay Buccaneers next season.

The shock announcement, which will see one of NFL’s greatest partnerships reassemble in Florida, is not the first case of world-class athletes returning to action after abruptly calling it a day. 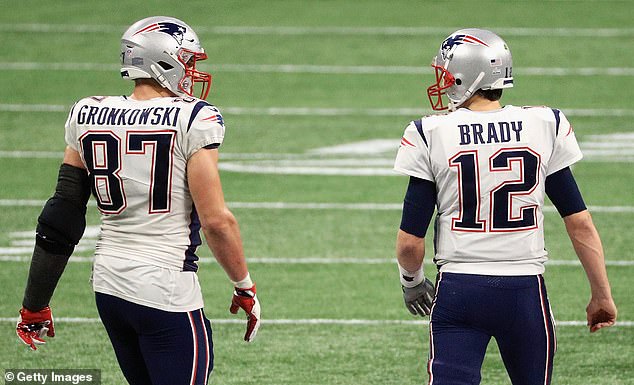 In the NFL alone, legendary quarterback Brett Favre, running back Marshawn Lynch and tightend Jason Witten have all returned to franchises after a short spell on the sidelines.

But who else, from football and basketball to boxing and Formula One, has completed u-turn’s on retirement plans in order to return to professional sport? Sportsmail takes a look…

The most well-known comeback on these shores is the 2012 return of Paul Scholes at Manchester United.

The world-class midfielder originally called it a day in 2011, after United had won a 12th Premier League title, with Scholes joining the coaching staff at Old Trafford at the age of 36. 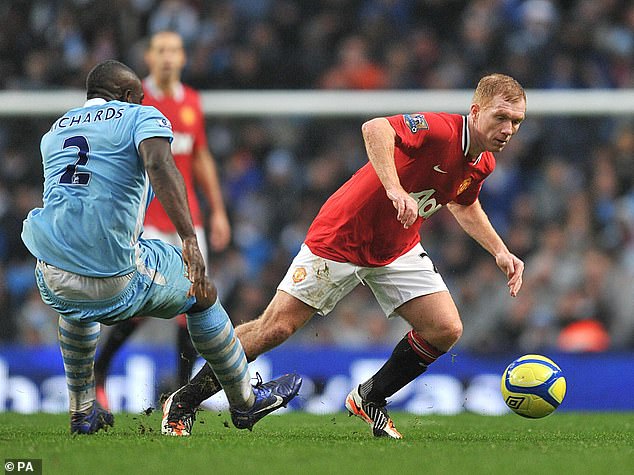 Scholesy, a one-club man and part of the famous Class of 92, even had a testimonial in the summer to celebrate his illustrious career.

But amid a mounting injury crisis midway through the 2011-12 season, Sir Alex Ferguson persuaded Scholes to come out of retirement ahead of a crunch FA Cup third-round tie against neighbours Manchester City.

Scholes made an appearance from the bench and not only slotted seamlessly back into the set-up, if anything played better than the period before his retirement. They won that match 3-2.

He made 17 appearances that season and scored four goals as United were pipped to the title by City, but he signed off in style alongside Ferguson the next season with another Premier League title.

Other notable names to return from retirement in football include Johan Cruyff and Pele – who returned to play in the United States – and Jens Lehmann in goal at Arsenal at the age of 41 in 2011. 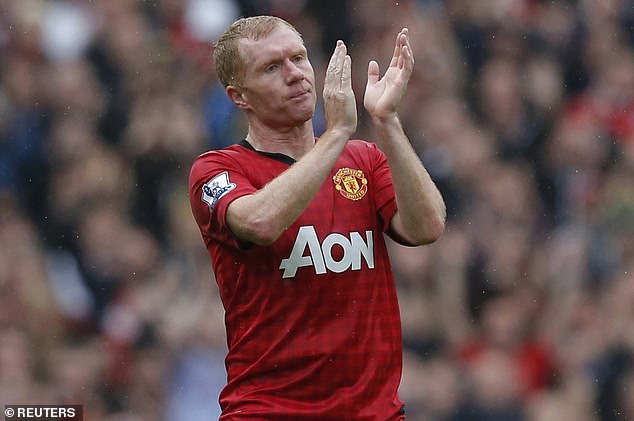 But in October 1993, he shockingly retired, saying he’d lost his desire to compete and impacted by the death of his father three months earlier.

Jordan then shocked the world of sport by signing a contract with baseball franchise Chicago White Sox, and made his professional debut for the Minor League team  Birmingham Barons in 1994. 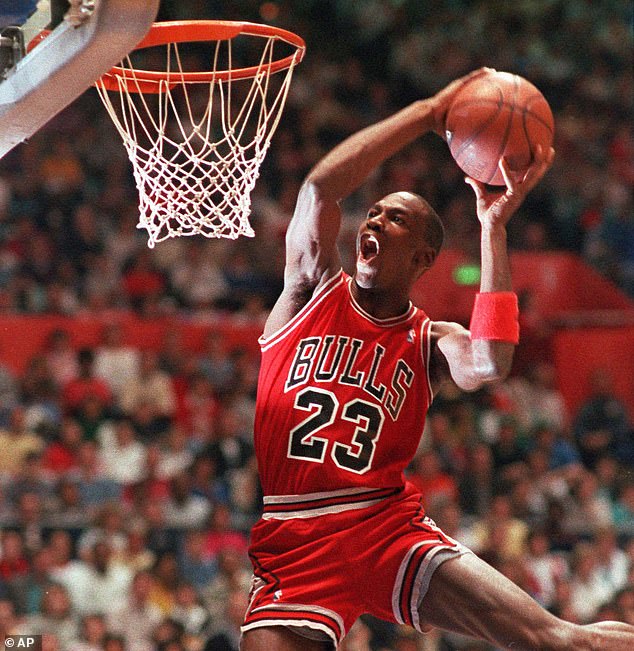 But Jordan announced his comeback with the Bulls in March 1995, with just a two-word statement: ‘I’m back.’

What’s more, Jordan picked up where he left off, winning three more straight NBA titles with Chicago from 1996-98. 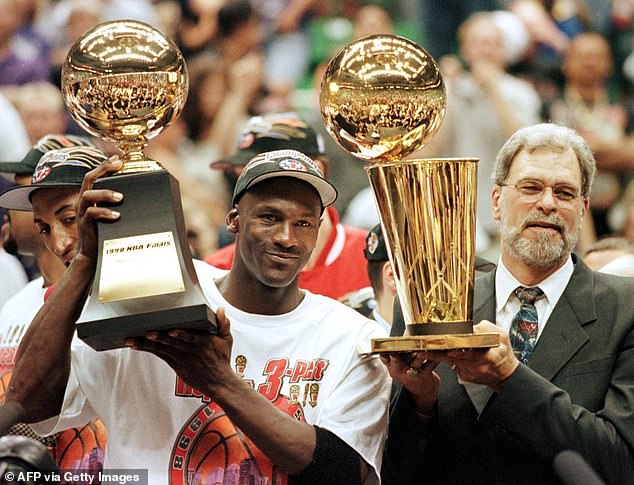 MJ actually made another comeback from a second retirement with the Washington Wizards in 2001, but he will always be remembered for his stunning record at the Bulls, where he was named league MVP five times.

In addition to Jordan, NBA star Magic Johnson abruptly retired in 1991 after contracting HIV, before returning once in 1992 and then again in 1996.

The comeback of legendary heavyweight boxer George Foreman is perhaps the greatest return of them all.

A world champion after knocking out Joe Frazier in 1973, he lost to Muhammad Ali in The Rumble of the Jungle a year later, before calling it quits in 1977 after losing to Jimmy Young.

In the 10 years that followed, Foreman became an ordained Christian minister but returned to the ring in 1987 at the age of 38. 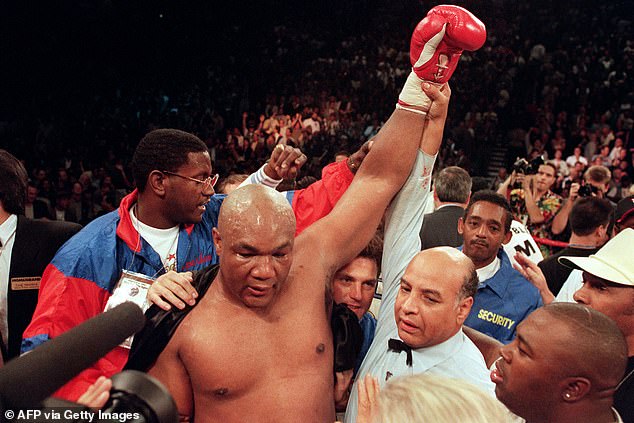 And in something of a fairytale story, he won the unified WBA, IBF and lineal world heavyweight titles at the age of 45 by knocking out Michael Moorer, 19 years his junior.

He remains the oldest living world heavyweight boxing champion in history, and retired for a second time in 1997 at 48 years old.

The most famous boxer of all-time and one of the most significant sportsmen of the 21st century, Muhammad Ali took something of an enforced break from boxing in the late 1960s.

After refusing to be drafted into the military, citing religious beliefs and his opposition to the Vietnam War, Ali was stripped of his boxing titles and arrested.

Although his conviction was overturned in 1971, by that point Ali – born as Cassius Clay – hasn’t competed in four years. 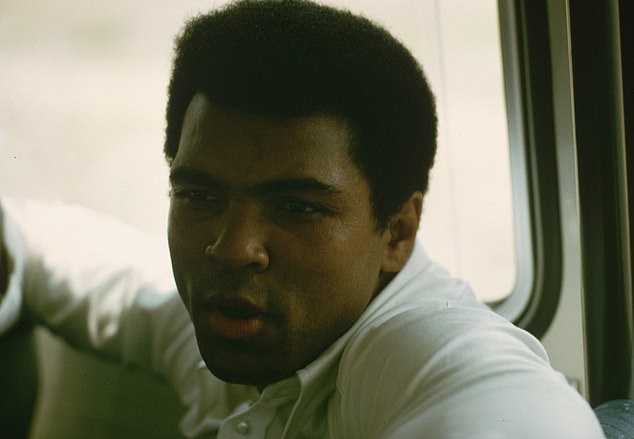 Though he returned with great success, most memorably his wins against Frazier and Foreman in the Thriller in Manila and the Rumble in the Jungle respectively.

With his glorious powers waning and the first signs of Parkinson’s syndrome emerging, he retired in 1979 but returned for a fight against Larry Holmes, in an attempt to win the world heavyweight title for a record fourth time.

But Holmes was dominant, stopping Ali in the 11th round – the only time he was on the receiving end of a stoppage, and retired for the final time in 1981.

Boxers going back on their retirement has been common over the years, with world champions Vitali Klitschko, Ricky Hatton and David Haye all doing so.

The most successful driver in the history of Formula One, Michael Schumacher first retired in 2006 having won seven world titles – five with Ferrari, one with Benetton Ford and one with Benetton Renault – a record to this day.

He called it a day after finishing second to Fernando Alonso in the Drivers’ Championship, but returned four years later at the age of 41 with Mercedes. 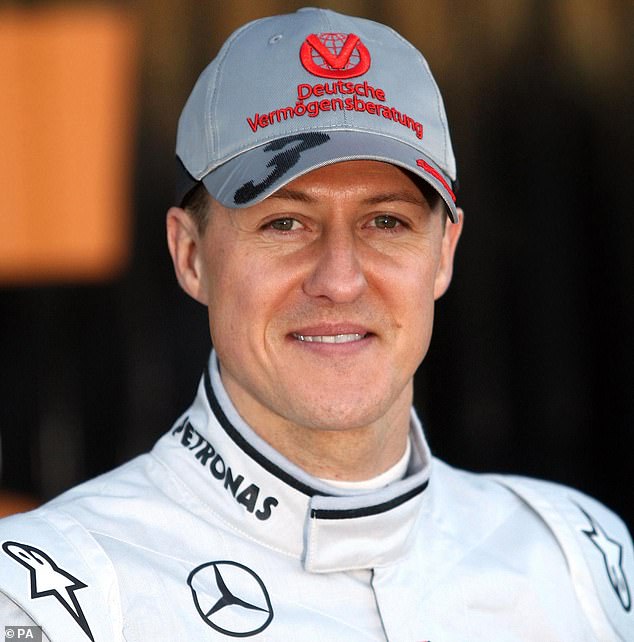 He competed for three more seasons but didn’t manage to match his glory moments of yesteryear, managing just one podium at the 2012 European Grand Prix.

The German retired for a second time from the sport in October 2012.

Three-time world champion Niki Lauda also returned from a first retirement in 1978, coming back in 1982 and winning his final world title with McLaren.

Tennis player Kim Clijsters has the rare feat of achieving more in her second stint in the sport than her first stint.

The Belgian first retired in 2007 at the age of 23 to get married and give birth, with the 2005 US Open her only Grand Slam triumph at that point.

But she returned two years later and won in New York once again, this time as a wildcard in her only her third tournament back, beating Serena Williams along the way. 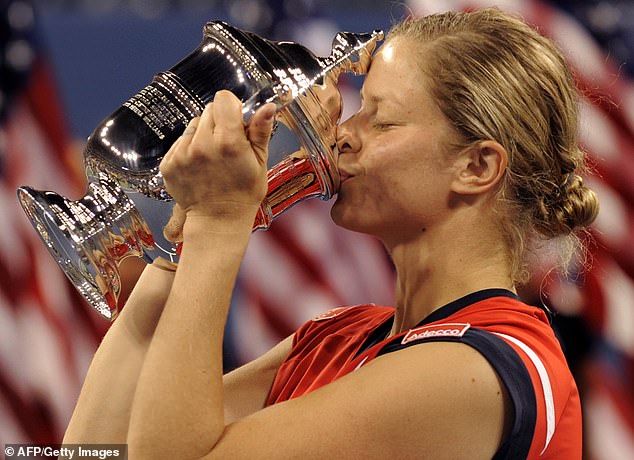 She defended her title a year later, and won the 2011 Australian Open, as well as topping the world rankings for the second time – the first mother to do so.

Clijsters then retired again in 2012, but had at the back end of last year announced another return in 2020 at the age of 36, and indeed made an appearance in Dubai this February. Watch this space.

On the men’s side, 11-time major winner Bjorn Borg retired at the age of 26, citing burnout, but returned after a eight-year hiatus in 1991, but failed to win a single match.

The most decorated Olympian of all-time with a total of 28 medals (23 gold), Michael Phelps originally said enough was enough after the 2012 Olympics in London, famously remarking: ‘I’m done. I’m finished. I’m retired. I’m done. No more.’

But he would go back on his word in April 2014, and made the 2016 Rio Olympics his final swansong. 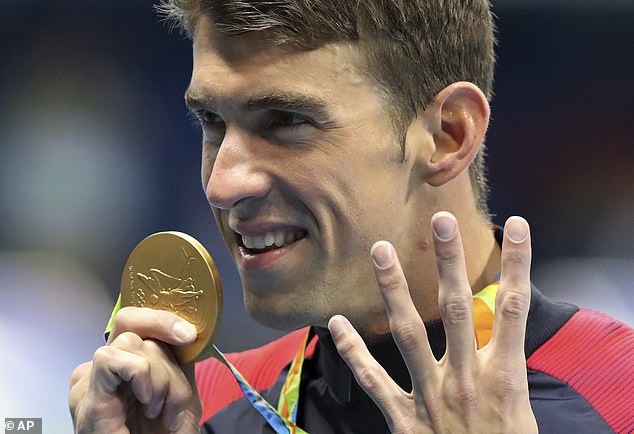 Michael Phelps celebrates a gold medal at the 2016 Olympics, his fourth successful Games

Undeterred by two years out of swimming, he won five golds and one silver medal in Brazil to cement his place as one of the greatest Olympians of all-time.

Interestingly, other swimming greats such as Mark Spitz and Ian Thorpe also reneged on retirement plans, in order to add to their medal haul at Olympic Games.

Disgraced former cyclist Lance Armstrong retired from the sport originally after a supposed seventh victory at the Tour de France in 2005. 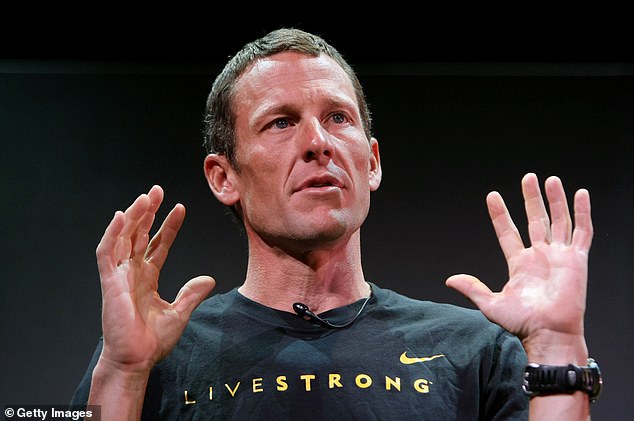 Yet he returned to competitive action with the Astana team in 2009, finishing third at the Tour de France later that year.

He raced with Team Radio Shack during 2010 and 2011, before retiring for a second time in 2011 – two years before he would admit to doping allegations which would strip him of all his major titles.