European aircraft giant Airbus has revealed a new advanced wing design which it claims could cut carbon emissions by 20 per cent.

The aircraft manufacturer has developed a design that blends the wing and the body in a futuristic experiment.

Airbus has been carrying out test flights on a 10.5 feet technology demonstrator, code-named Maveric, at a secret location in central France since last year. It lifted the veil on the design at the Singapore Airshow. 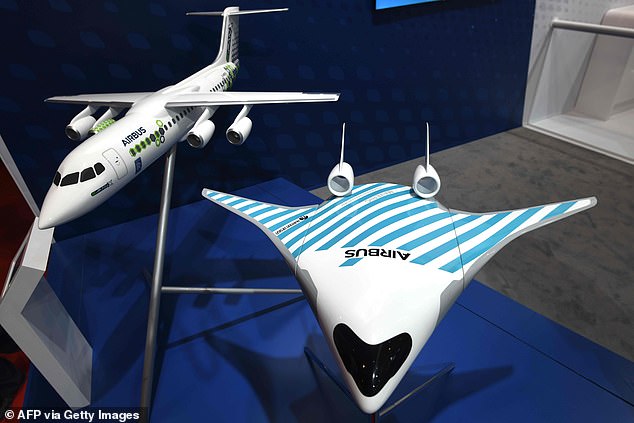 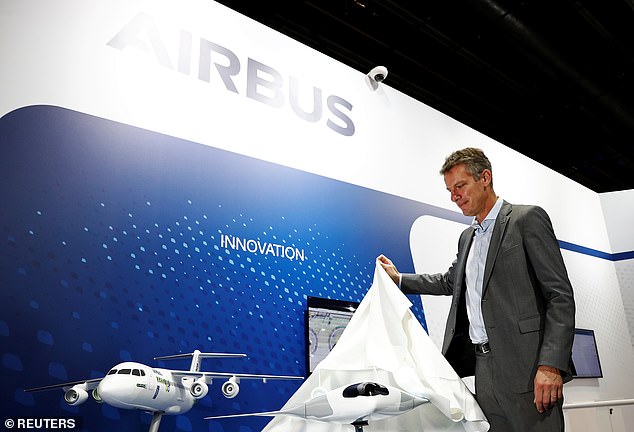 The concept of a ‘blended wing body’ design has been around since the 1940s and led to the U.S. B-2 bomber, as well as the X-48 research project between Boeing and NASA a decade ago.

Such aircraft are complex to control but produce less aerodynamic drag, making them more efficient to fly.

Planemakers are revisiting such designs as the passenger jet industry tries to commit to more environmentally friendly aircraft.

‘We believe it is high time now to push this technology further and study what it brings to us,’ Jean-Brice Dumont, executive vice-president of engineering at Airbus, told reporters. ‘We need these disruptive technologies to meet our environmental challenge. It is the next generation of aircraft; we are studying an option.’

He said it was too early to say whether such shapes could contribute to the next generation of medium-haul planes, expected in the 2030s. 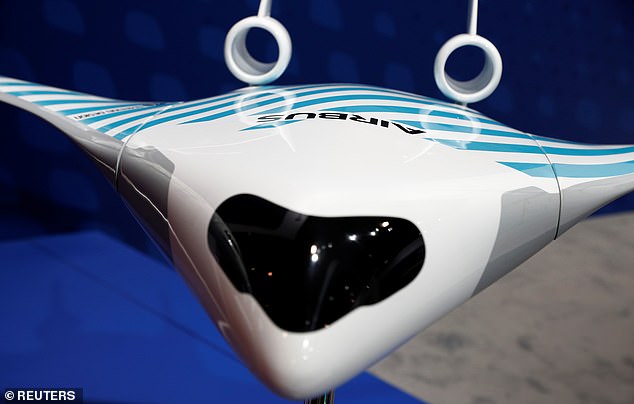 Since the previous generation of tests, aerospace has seen improvements in materials that make such aircraft lighter, and computing power has increased, improving flight controls, Dumont said.

Airbus is now studying how the cabin would work and how the aircraft would be integrated into airports. One unresolved question is whether such a plane would have windows or use video screens to give passengers a sense of their surroundings.

Another issue that has dogged such experiments in the past is how to handle sensations of movement.

Because passengers would be sitting further out from the centre of the aircraft, compared to the classic ‘tube and wings’ model, they would move further when the aircraft turns. Rival Boeing has put more weight on a potential cargo role.