An airliner carrying 150 passengers has skidded off a runway into a street next to an airport in the Iranian city of Mahshahr.

No major injuries were reported after the plane apparently lost its landing gear in a hard landing.

Provincial airport director Mohammad Reza Rezanian said all of the passengers had been safely taken off the plane.

A Caspian Airlines plane carrying 150 passengers from the Iranian capital of Tehran to the southern city of Mahshahr suffered a fault with its landing gear while touching down around 9.30am local time Monday 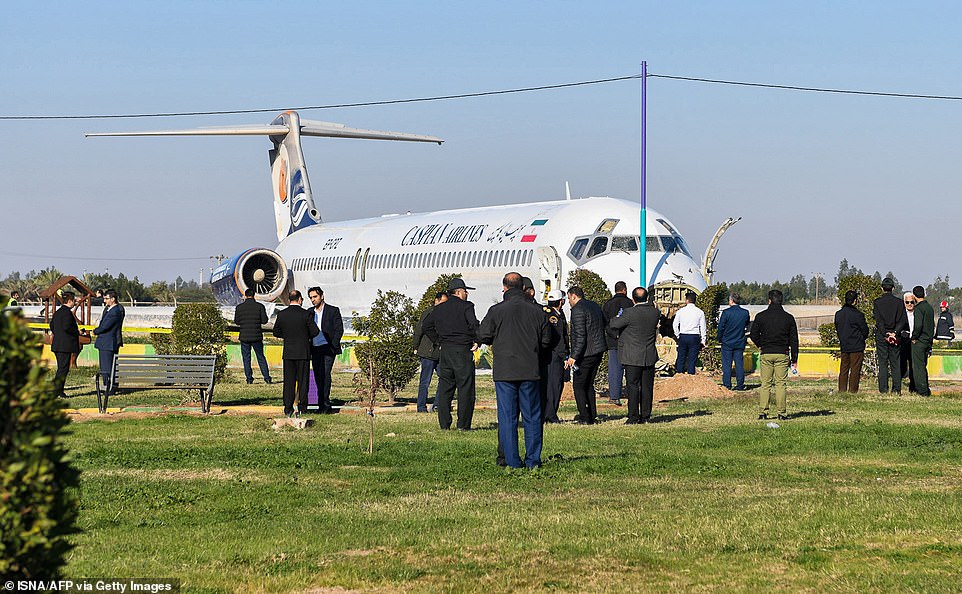 The plane skidded off the runway at Mahshahr Airport, through safety barriers at the end of the tarmac, then came to rest across a four-lane highway, just a short distance from residential buildings 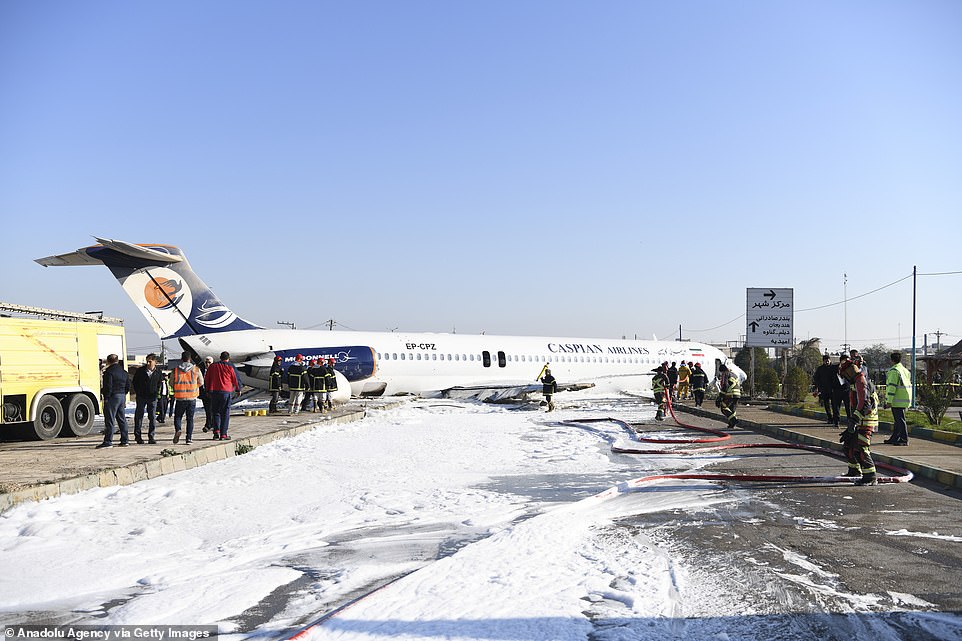 There were 150 passengers on board the jet at the time it crashed, though none of them were seriously hurt in the accident 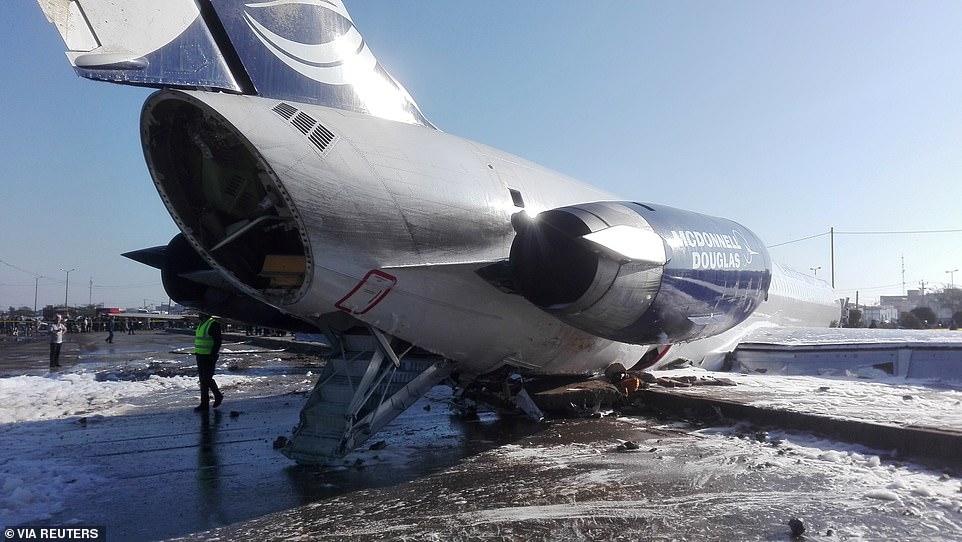 Iranian state TV said the jet suffered a hard landing which damaged the wheels, causing them to break away, though officials would only say that an investigation is underway 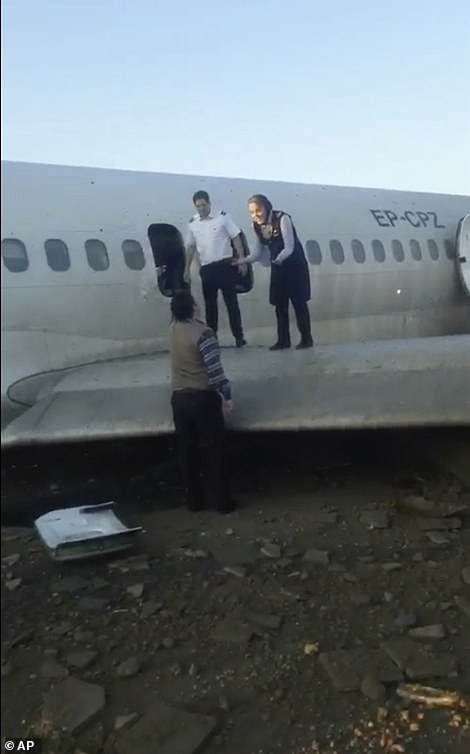 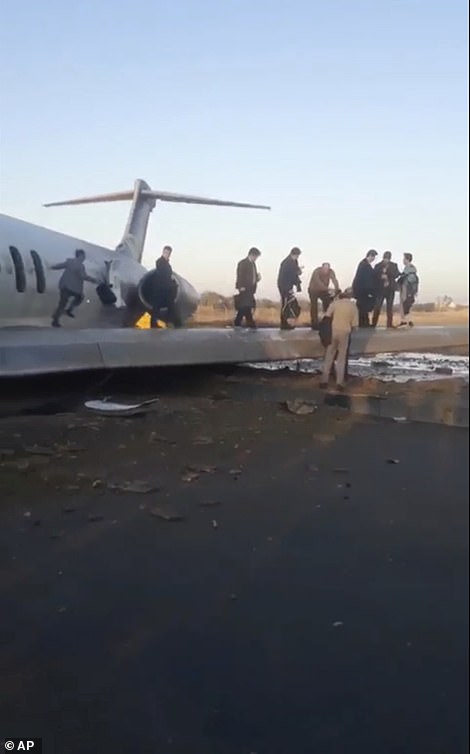 Passengers are evacuated from the McDonnell Douglas jet on Monday morning following the accident. No serious injuries were reported by investigators

Tragedy was only narrowly avoided, as images from the scene showed the plane had ground to a halt not far from a populated area.

The incident comes as Iran is still coping with the aftermath of the accidental downing of a Ukrainian airliner over Tehran.

The plane was shot down by the Revolutionary Guard earlier this month amid heightened tensions with the United States, killing all 176 people onboard.

Iranian state television said the plane involved in the incident came in harder than usual and lost its landing gear as it hit the tarmac.

No landing gear was evident in pictures of the plane after the accident, but it was not immediately clear if it failed to deploy or somehow collapsed as the jet hit the runway at about 9.30am local time.

Officials said the accident is under investigation.

The flight from the Tehran-based airline originated in the Iranian capital.

Iranian reports identified the plane only as a McDonnell Douglas without being more specific. 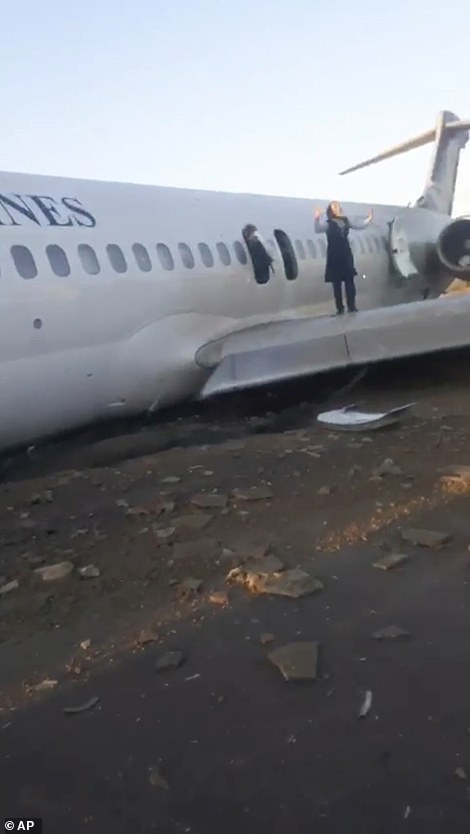 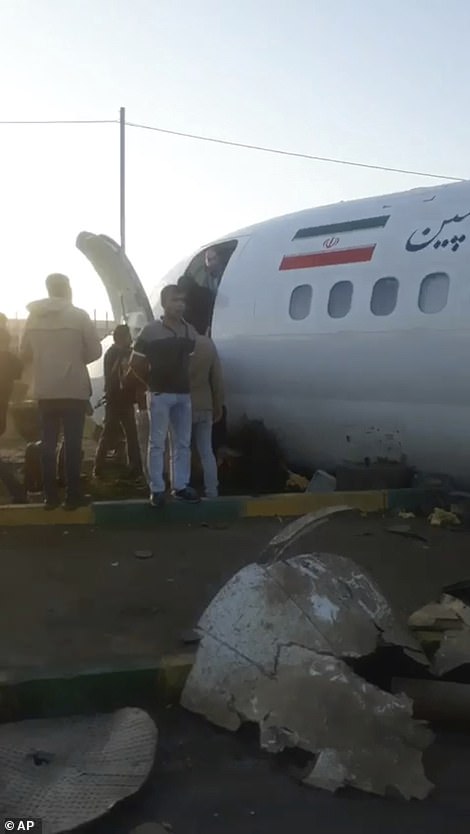 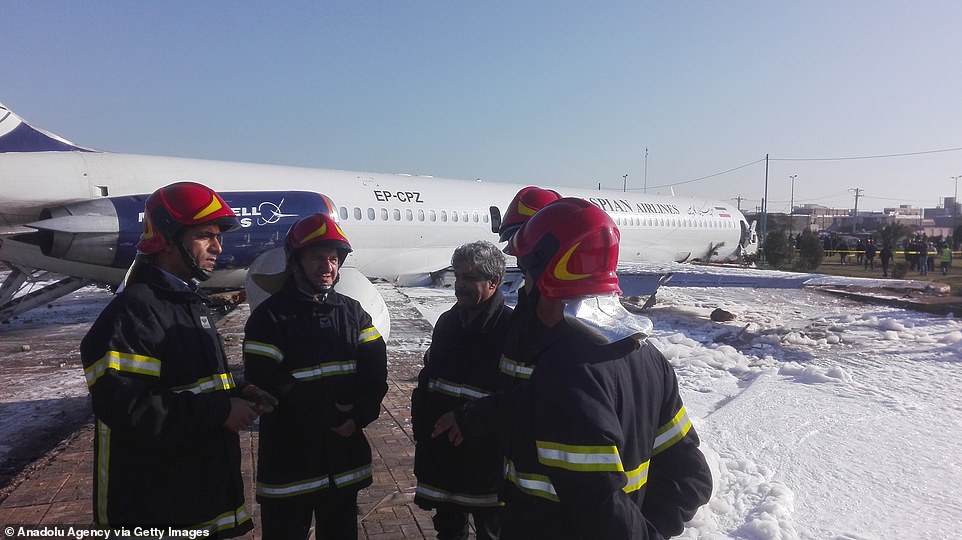 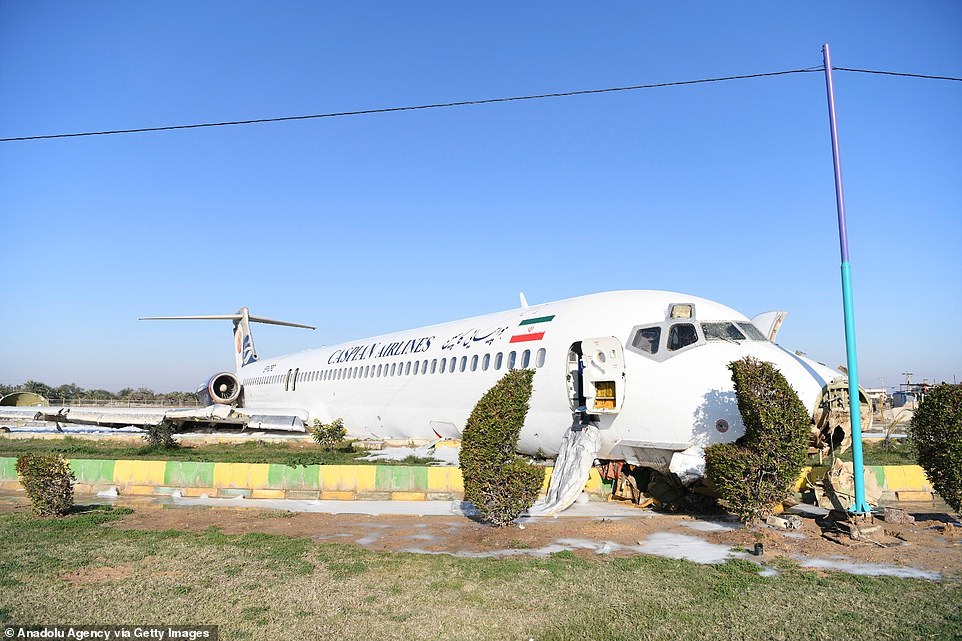 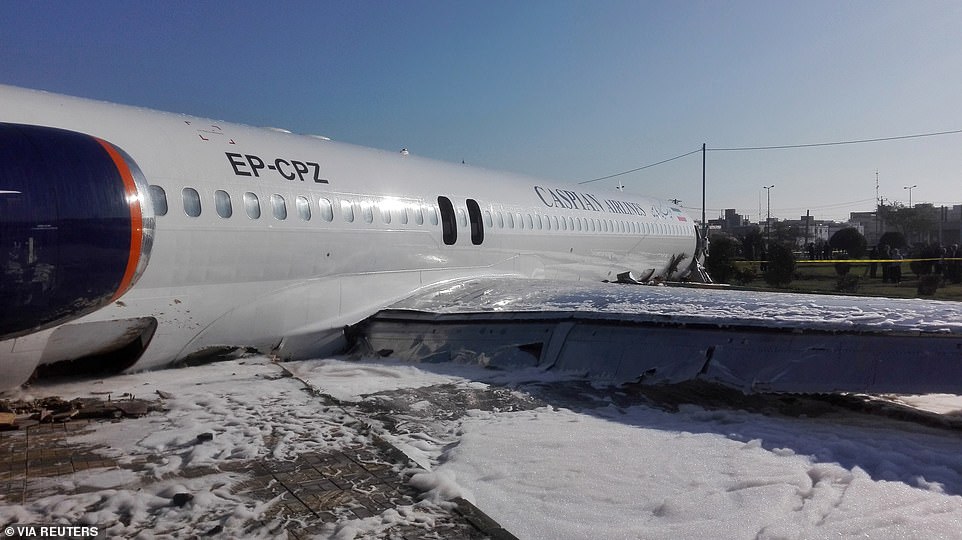 An investigation into the exact cause of the crash is underway, though state TV attributed it to a ‘hard landing’ 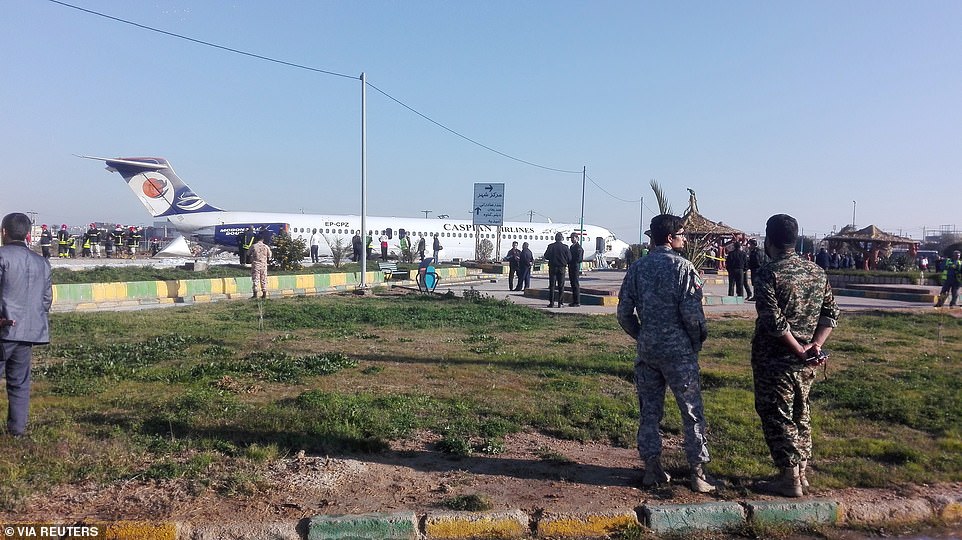