Ajax pair Noussair Mazraoui and Hakim Ziyech were both fasting during their Champions League clash with Tottenham Hotspur.

Both were observing Ramadan and could not eat before sunset, which occurred at 9.17pm having been fasting since sunrise which took place at 5.57am.

The duo both then took on fuel at the first opportunity, which came in the 22nd minute – five minutes after the sunset time in Amsterdam.

They waited until the 24th minute to break their fast. ?Alhamdulillah?.#AJXTOT #Ramadan pic.twitter.com/pBESvQYwFA

Mazroui was spotted guzzling down energy gel which had been handed to him from the touchline.

It appeared to do the trick for Ziyech, who went on to double his side’s lead in the 35th minute.

Despite the duo’s desperate need to take on fuel, Ajax were dominant in the first half of the semi-final against Spurs.

Matthijs de Ligt’s header in the fifth minute doubled the Dutch side’s aggregate lead, before Ziyech’s superb strike across goal had them 3-0 up on aggregate at half-time. 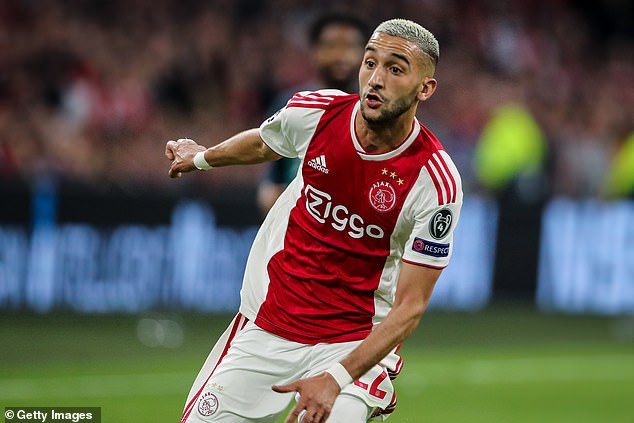 Hakim Ziyech was also observing Ramadan, and scored later in the first half to make it 2-0 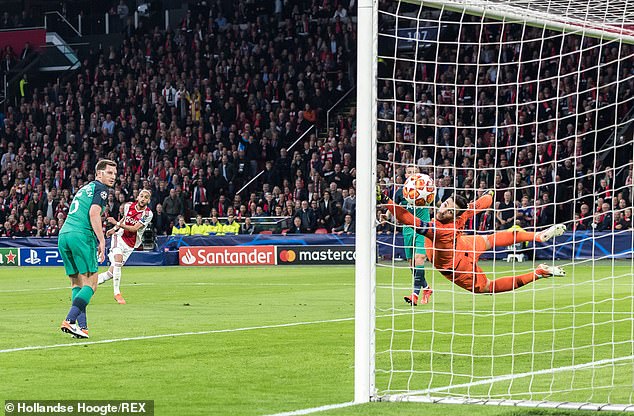 During the entire month of Ramadan, Muslims fast every day from dawn to sunset – abstaining from food and drink.

On Wednesday, sunrise in Amsterdam was 5.57am with sunset at 9.17pm. Mazraoui and Ziyech ate their energy gels five minutes later.

But no energy bars could help keep up Ajax’s high standard of play in the second half and Spurs were soon level on the night through a quickfire Lucas Moura double.

Ziyech though had a chance to win the tie for the Dutch league leaders late in the game only for his low shot across the face of goal to cannon off the post.

His miss proved costly with Moura then grabbing his hat-trick right at the death to send Spurs through on away goals. 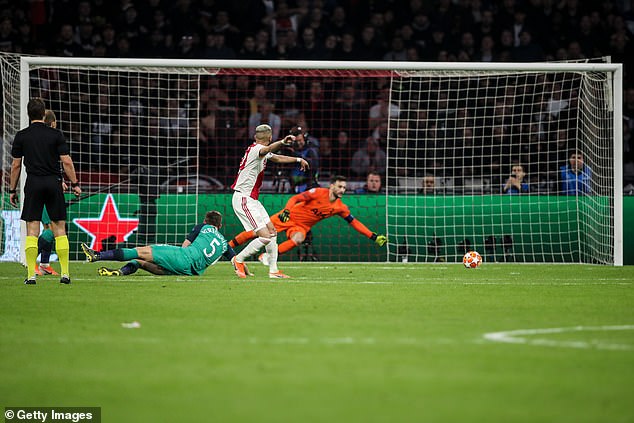 Ziyech admitted after the game that he blamed his side’s exit on his failure to put away chances.

‘I could have scored, hit the post,’ he told Veronica. ‘At least one of my chances should have gone in. Then it would have been over, but then it struck us hard.

I blame myself for this. We gave our all. The play wasn’t great, but we kept fighting.’ 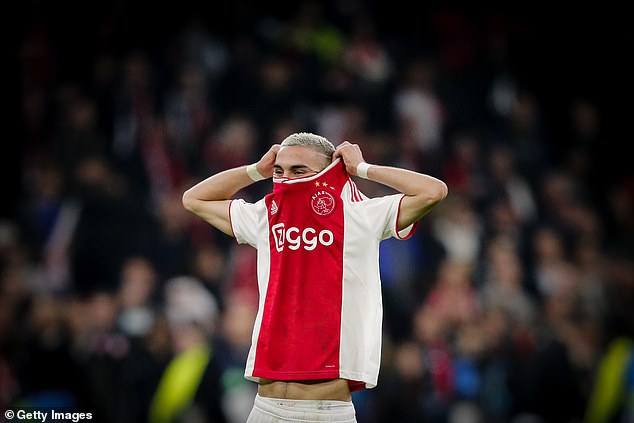