Alexandra Ocasio-Cortez compared To ‘Cash Me Outside’ Girl From Dr. Phil

Alexandra Ocasio-Cortez has been compared to teen terror Danielle Bregoli who rose to fame after her appearance on Dr. Phil.

Actor and republican James Woods tweeted a video of Cortez responding to critics of her Green New Deal, which was juxtaposed with footage of Bregoli, 15, when she told audience members on Dr. Phil to ‘Cash me outside’ in 2016.

Ocasio-Cortez, 29, slammed critics who raise serious concerns about her Green New Deal, saying that people are just being critical over ‘little minute thing[s].’ 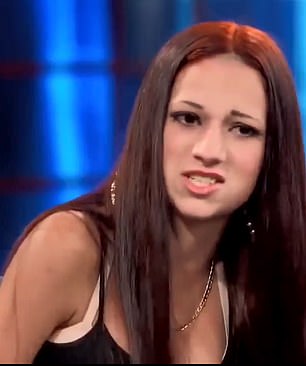 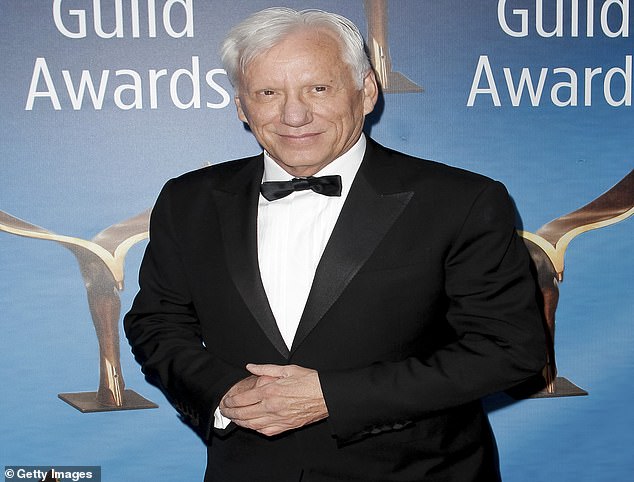 James Woods, a Republican who previously criticized AOC, tweeted the footage with the caption, ‘Doppelgangers’ and sent Twitter into overdrive

Speaking at a ‘Girls who code’ event in New York City, the Democratic Representative from New York said: ‘Like I just introduced the Green New Deal two weeks ago, and it’s creating all of this conversation.

The clip served as a reminder to many on social media of Bregoli’s infamous appearance on Dr Phil, which went viral and helped launched the teen’s career as a rapper.

James Woods, who has criticized Ocasio-Cortez on a number of occasions, tweeted the video with the caption: ‘Doppelganger.’ 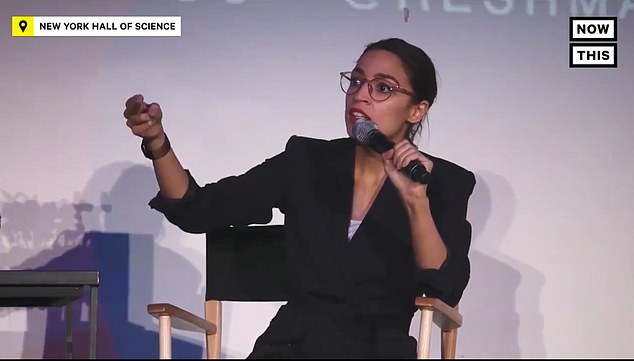 Social media users were quick to compare Cortez to Bregoli shen she told audience members at an event, ‘I’m the boss.’ How bout dat?’ 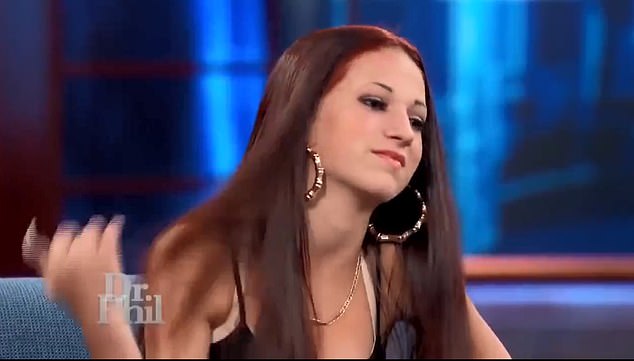 Danielle Bregoli, 15, gained notoriety when she told audience members on Dr. Phil to ‘Cash me ousside’ during an appearance on the talk-show with her mother

It was shared and retweeted thousands of times, with social media users generating hilarious memes and making unlikely comparisons of the two women.

The Green New Deal was put forth by freshman Rep. Alexandria Ocasio-Cortez of New York and veteran Senator Ed Markey of Massachusetts earlier this month.

The nonbinding resolution calls for a “10-year national mobilization” on the scale of the original New Deal to shift the economy away from fossil fuels such as oil and coal and replace them with renewable energy sources such as wind and solar power.

The plan goes far beyond energy to urge national health care coverage and job guarantees, as well as high-quality education and affordable housing. 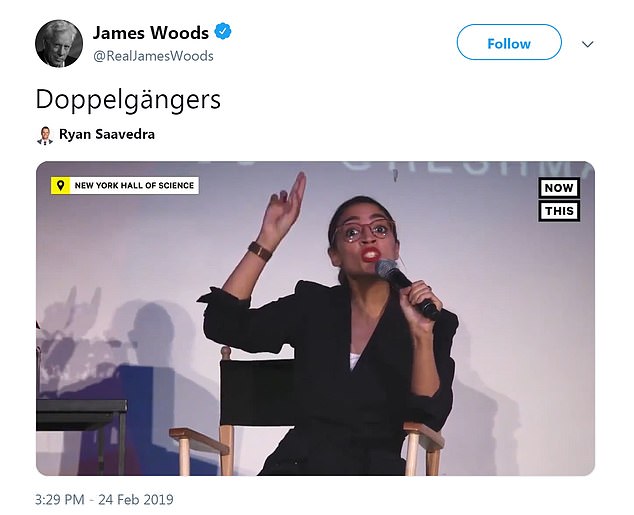 Woods tweeted the footage with the caption ‘Doppelgangers’, which was retweeted plenty of times and generated many humorous memes 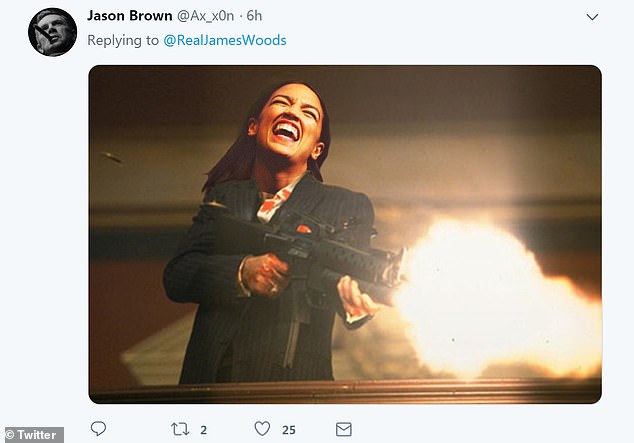 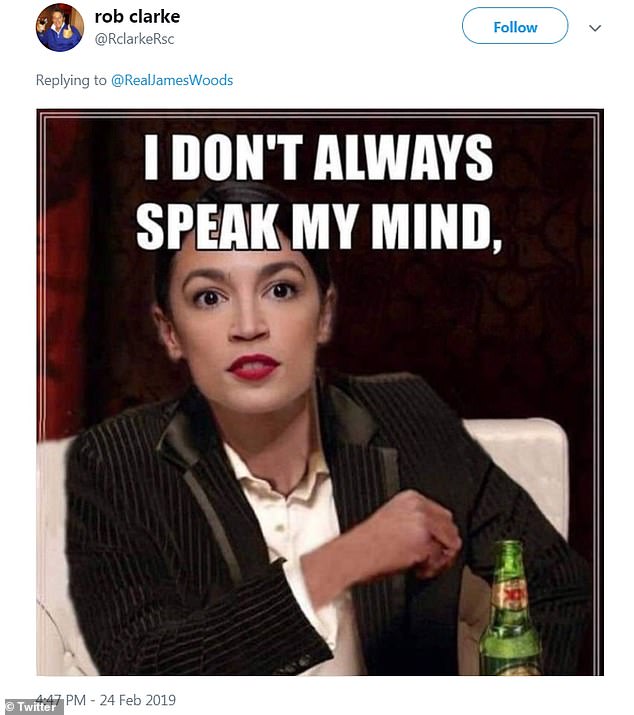 Bregoli’s famously contentious relationship with mother Barbara Ann, 51, is what landed her on the Dr Phil show back in 2016.

The hellion of a 13-year old, Danielle and her mom battled it out in front of the live TV audience while they responded by openly chuckling at her attitude, accent and unique phrasing.

Danielle, who is now known as Bhad Bhabie, then asked them to ‘Cash Me Outside, how ’bout dah?’ The rest is pop culture history.

She is set to break records after her Snapchat series, Bringing Up Bhabie, got 10million unique viewers in the first 24 hours.

The 15-year-old internet sensation is creating a 12-episode series which is named after her rap moniker, Bhad Bhabie and it debuted earlier this month. 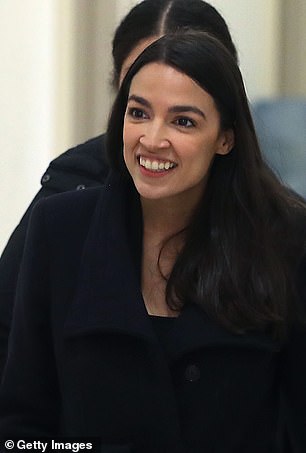 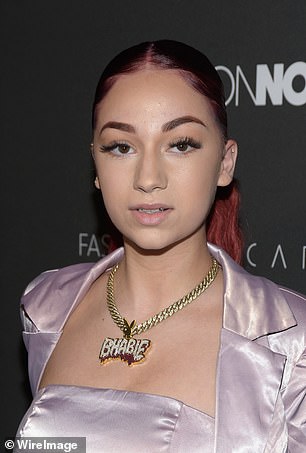 The video was shared and retweeted thousands of times, with social media users generating hilarious memes and making unlikely comparisons of the two women 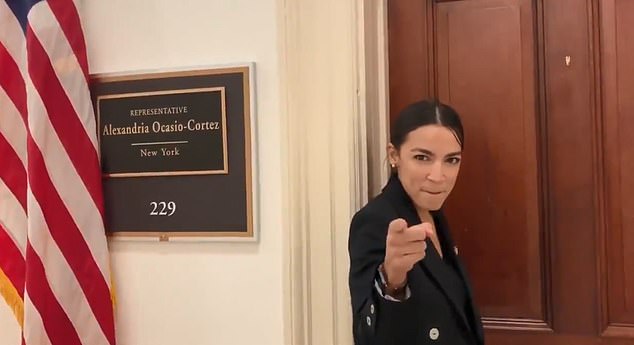 AOC previously showed off her dance moves way as she made her way into her new office in Washington, DC. It came after an anonymous Twitter account attempted to shame Ocasio-Cortez with a clip of her dancing during her time as a student at Boston University 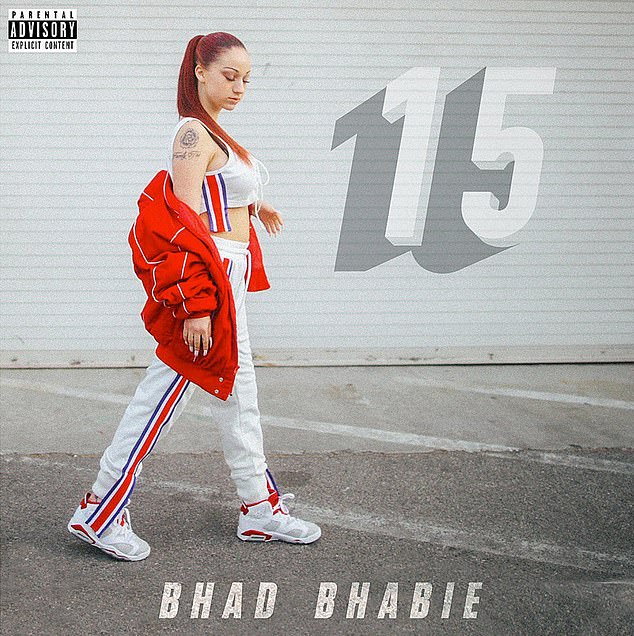 After her appearance on Dr. Phil, Bregoli launched a career as a rapper and called herself ‘Bhad Bhabie’

TMZ report that Danielle will take on TV and movie roles next following the success of this project and could be set to earn $10million yearly.

In her new Snapchat series trailer ‘Bringing Up Bhabie’ which premiereed on February 4, she boasted, ‘I’m the bad kid my mom can’t control. I went from sleeping on the floor of a trailer to having a gold record in six months.

‘Now I have two managers, a bodyguard, my mom. They think I’m their baby, they don’t want to let me grow up, but [expletive], it’s time.’

Hits like Gucci Flip Flops, Hi Bich, and These Heaux have made her millions.

The pint-sized troublemaker paid off her mother’s Florida home as a Christmas present in 2017.