Almost 2M motorists could be driving illegally with expired MOTs

Up to 2million cars could be being driven on UK roads illegally because owners have failed to have vehicles MOT tested after using the six-month exemption at the start of the pandemic.

Even the very last cars to have benefited from the extension – which expired on 1 August 2020 – should now have been had their vehicles tested.

However, figures suggest that one in five (19.5 per cent) motors that had an extension on their roadworthiness test last year have yet to be assessed since, which equates to some 1.86 million vehicles. And around 600,000 are likely unroadworthy, based on average MOT failure rates.

Have you checked your MOT due date? A new report suggests almost 2million motorists might be breaking the law by using their vehicle without a valid test certificate

The report issued by Kwik Fit – which is one of the biggest MOT testers in the country – came as a warning to motorists as traffic levels in Britain are beginning to edge back to pre-pandemic levels.

The latest transport data shows that the second phase of eased lockdown in England from 12 April has seen traffic edge back to 88 per cent of what we would expect to see without the impact of the coronavirus.

That was an increase from 77 per cent the week prior and – based on the size of UK car ownership – represents around 3.5 million extra cars being out on the road.

Some of these vehicles could be being used illegally as their MOTs have expired.

They are the cars, vans and motorcycles belonging to almost one in five of the 10 million licence holders who used the six-month MOT test exemption launched by the Government at the beginning of the pandemic.

Kwik Fit’s analysis of the latest data suggests that these 1.86 million vehicles have not had a valid MOT for an average of 3.4 months.

It also means that almost two million motorists are running the risk of receiving fines of up to £1,000 for driving a car without a valid certificate.

More worryingly, says the autocentre, is that MOT pass rates have increased by 10 per cent in recent weeks, which suggests that the cars that are more likely to fail their MOT are those that are overdue a test.

Even taking the average overall failure rate of around one third of cars, this would indicate that at least 600,000 of these cars are not currently roadworthy, the company said. 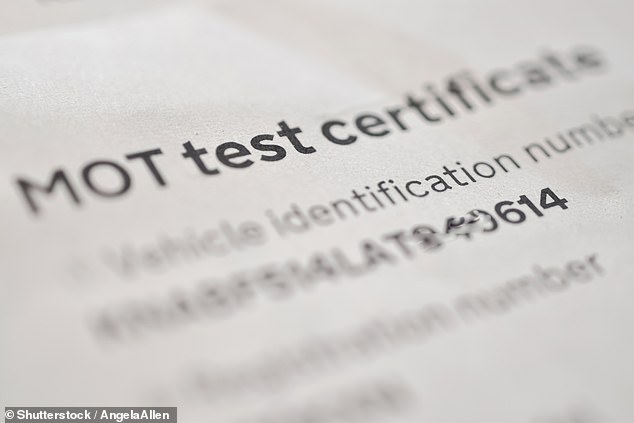 Motorists are running the risk of receiving fines of up to £1,000 for driving a car without a valid certificate

Eric Smith, MOT scheme manager at Kwik Fit, says: ‘It may be that shifting the expiry dates with the extension has caused the MOT to slip from drivers’ minds, or perhaps they have been using their car so little that they have forgotten about having it tested.

‘Some owners may think that because they’ve not been using their car it will be just as they left it, however parts will rust or wear with little use, bulbs may fail or windscreen wipers start to perish.

‘We would urge drivers to make sure they are both safe and legal before heading out on to the road as restrictions ease.’

Kwik Fit’s report comes just weeks after the DVSA urged the 10 million car owners who used the Covid-19 six-month MOT exemption – available from 30 March to 1 August – to sign up for its reminder service. 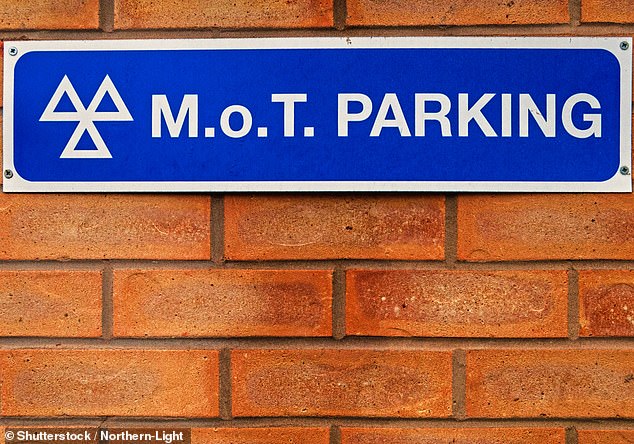 The DVSA confirmed that Kwik Fit’s figures were correct but that some of the 1.86 million cars that are overdue MOTs could be off the road or not being driven due to the current Covid restrictions

A DVSA spokesperson told This is Money: ‘It is illegal to drive a car without an MOT and motorists can face a fine of up to £1,000 if they are caught.

‘DVSA’s free MOT reminder service can help people make sure their vehicles are safe and legal.’

The agency also highlighted that it has seen evidence of a ‘small rise’ in vehicles being taken for MOTs ‘one or more days late’ in recent weeks.

However, it has no evidence that the vehicles presented late are being used on the road in-between MOT expiry and being taken for for the test.

It said the figures highlighted by Kwik Fit include some cars which may have been SORNed, scrapped, not being used currently or exported out of the country.

There will be more vehicles not being used or declared off the road due to pandemic restrictions and the effects of the pandemic on certain businesses.

Which cars are most likely to pass an MOT first time?

Britain’s best used cars for passing the MOT test were recently revealed in an ‘extensive’ study by What Car?.

The motoring title analysed more than 745,000 anonymised MOT records published by the Department for Transport to find out the models that have the best rate for passing the MOT test at the first time of asking.

Topping the charts is a green Hyundai model with plenty of choice. The Ioniq is a family-size car sold since 2017 and available with three different powertrains: conventional self-charging hybrid, plug-in hybrid or pure electric.

While What Car?’s data doesn’t split the Ioniq’s performance by power type, the model as a whole has a glowing MOT record, passing the test at the first attempt on 96.18 per cent of occasions. 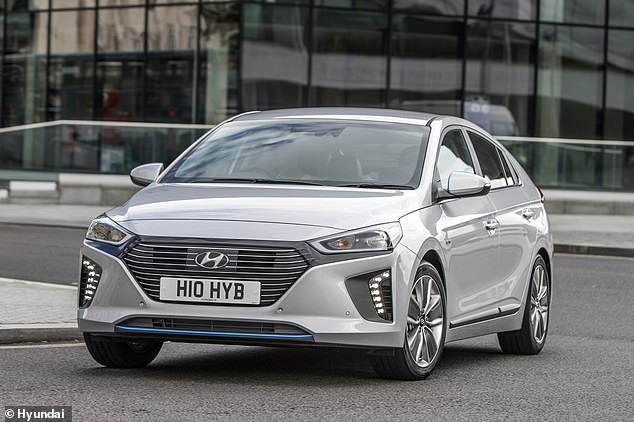 Hyundai’s ultra-green Ioniq family car tops the charts as the model most likely to ace an MOT at the first attempt. It has an average pass rate of 96.18%, according to DfT records 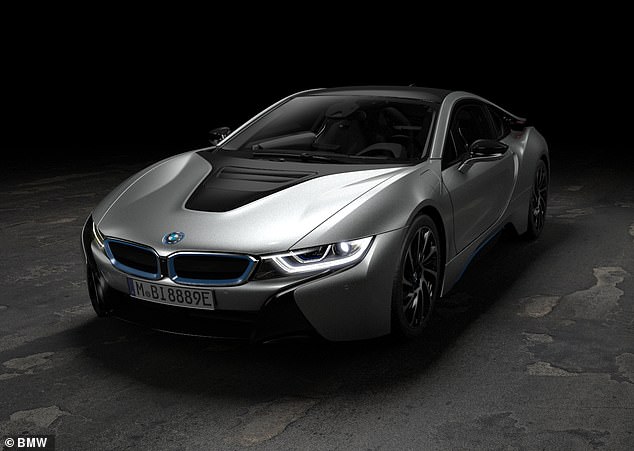 The BMW i8, which has recently been pulled from production, is a hybrid supercar that has a very good record of sailing through an MOT

Second in the list is another car with eco credentials – though aimed at a totally different audience.

The BMW i8 was the German maker’s first attempt at a hybrid supercar. Launched in 2014 and built until last year, it offered buyers loads of performance but with emissions to keep their conscience clear – using a Mini-derived three-cylinder 1.5-litre petrol engine, battery and electric motor.

Data shows that the i8 has a strong track record for reliability too, acing the MOT test at the first go in 95.97 per cent of cases – the second highest pass rate of all models. The price and rarity of i8s makes them highly likely to be well looked after.

Third in the list is the far more common, third-generation Porsche Boxster convertible – which was built from 2012 until 2016 – with a first-time pass rate of 94.10 per cent, according to the DfT’s records. 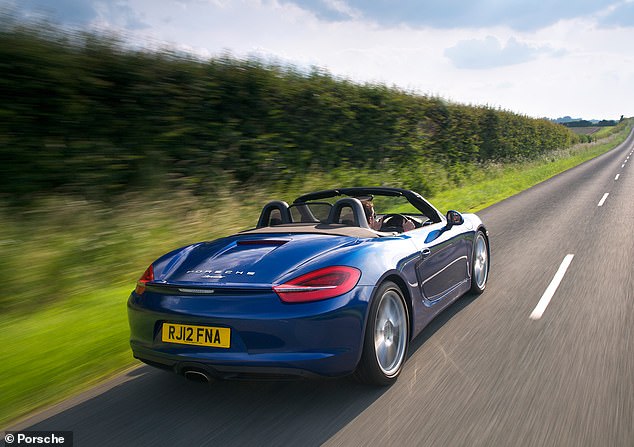 Porsche’s Boxster – one of the most affordable routes into the premium brand’s ownership – performs well in MOTs. The 2012-2016 model has a first-time pass rate of 94.10% 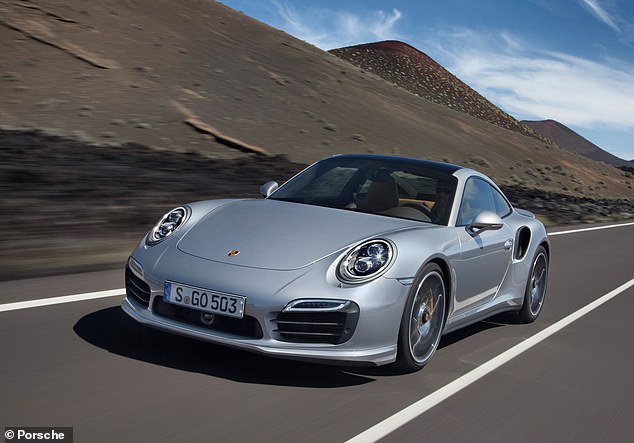 Also among the top 10 car models with the highest MOT pass rates is the previous generation Porsche 911, produced from 2012-2019 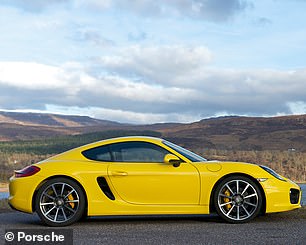 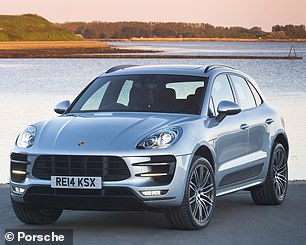 Lexus also has a strong showing in the results, with the NX (2014-present) and RX (2016-present) SUVs appearing in fourth and ninth places respectively, as Korean, Japanese and German brands appear to have a stronghold on the top 10 order.

The Jaguar F-Type (2013-present) sports car is the highest-placed British model in the study, in 14th place with an average MOT pass rate of 90.83 per cent.

And while the Hyundai Ioniq is crowned the car with the best MOT pass record, the Tesla Model S (2014-present) is the top-placed pure electric model, with an average pass rate of 89.94 per cent – only good enough to secure it 26th place in the top 50.

What Car? also ranked the top and bottom brands for MOT pass rates – and it is more good news for Porsche owners. 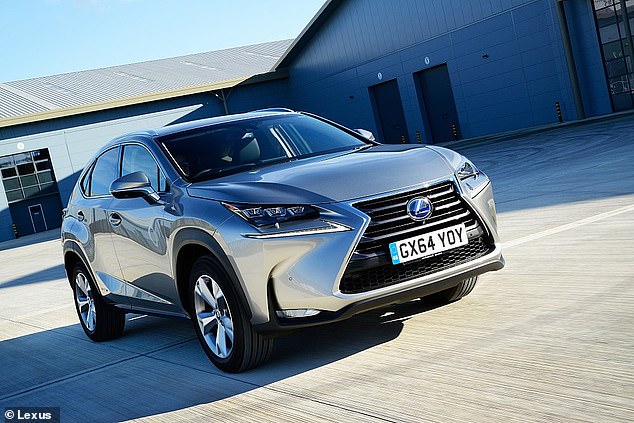 Lexus is another brand that performs very well for producing cars that can sail through an MOT. The NX (2014-present) was the best performer of all Lexus models, with a 93.82% pass rate 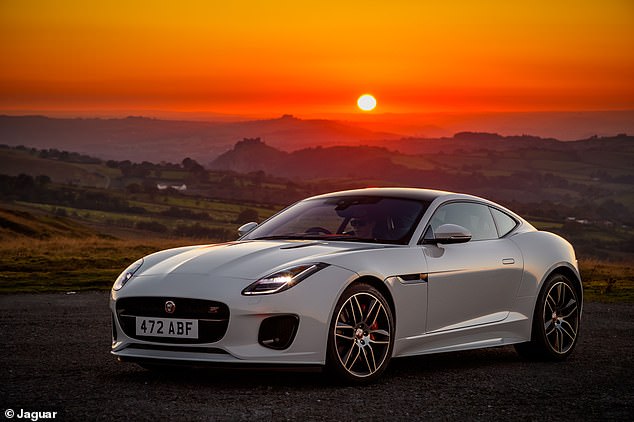 The Jaguar F-Type sports car was the best-performing British model, with an average MOT pass rate of 90.83 per cent to earn it 14th spot in the standings 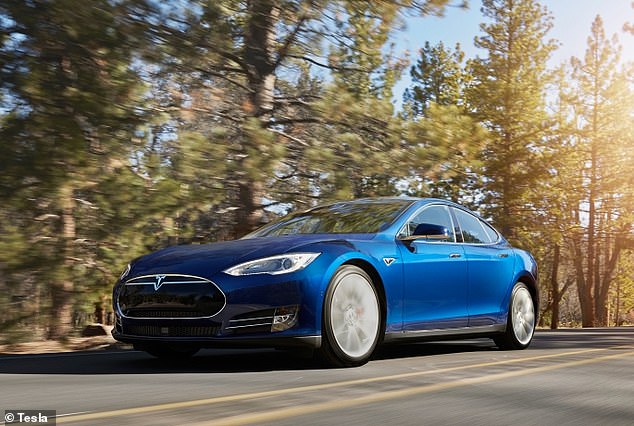 The Tesla Model S (2014-present) is the top-placed pure electric model, with an average pass rate of 89.94%, which earned it 26th spot in the standings

Brands with the best and worst MOT pass-rate records

As well as achieving the highest average pass rate, Porsche is also the only brand to gain a pass rate of more than 90 per cent across the board.

Tesla is second in the list, with an overall pass rate of 89.94 per cent for the US EV maker.

Lexus maintained its strong reliability identity with a third-place finish, with 88.72 per cent of its cars passing MOTs at the first go.

Subaru, Honda and Mazda all also appeared in the top 10, capping a good performance by Japanese marques.

American car firm Jeep – which is owned by the Fiat Chrysler Automobiles Group – was a surprise entry, ranking ninth with an average first-time MOT pass rate of 86.52 per cent. 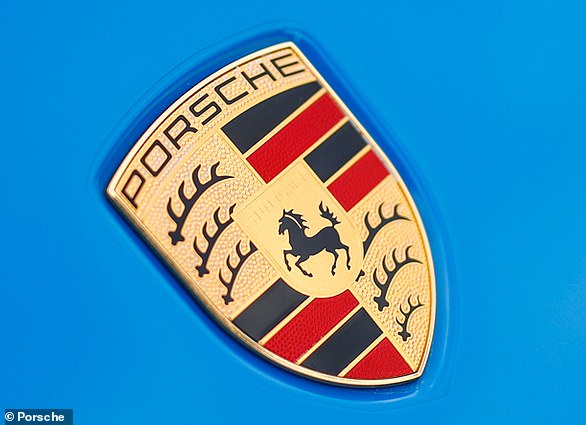 At the opposite end of the table is South Korean car brand Ssangyong, which has the lowest MOT pass record at the first attempt – just 76.98 per cent.

It means that more than three quarters of its models passed the annual assessment at the first time of asking.

It was bad news for French firms, too.

Dacia (owned by Renault), Citroen and Renault were second to fourth in the order of car makes least likely to pass an MOT at the first attempt ahead of Italian neighbours Alfa Romeo.

Jaguar Land Rover, which in recent years has been synonymous with unreliability, did not appear in the bottom 10 list – which might be seen as a small victory for the brand and owners of its expensive cars. 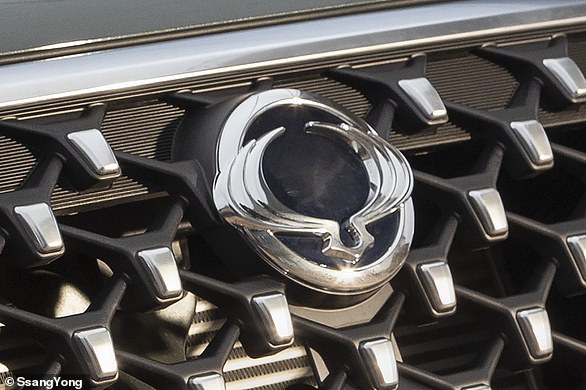 Steve Huntingford, editor of What Car?, said: ‘One of the first things used buyers do is check a vehicle’s MOT record to see how well it’s been maintained and if it’s suffered lots of faults.

‘Our extensive study reveals the models with the best MOT pass rates, ranging from large SUVs to city cars. Buyers can use it to help them choose the most dependable models.

‘Although the top 50 list contains several prestige cars, that tend to have lower mileage and immaculate service records, it’s reassuring to find some budget and family cars in the mix.’