A former contestant on the popular reality show American Idol was sentenced to 70 years in prison on Wednesday after he was found guilty on multiple charges of child pornography.

Brandon Cox, 26, of Wetumpka, Alabama received the maximum sentence possible after a jury in January found him guilty on seven counts of possession of child pornography.

The one-time reality star, who in 2012 made it to the Hollywood round on American Idol, had insisted throughout the trail and again at his sentencing on Wednesday that he was innocent.

Among the 275 images that were discovered on Cox’s computer was one that showed an infant engaged in a sex act according to District Attorney Randall Houston.

Behind bars: Brandon Cox, an ‘American Idol’ finalist in 2012 (above), was sentenced to 70 years on child pornography charges 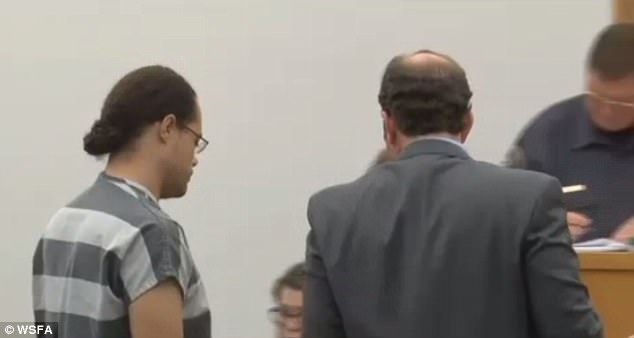 Horror: Cox (above in court on Wednesday) had images of young boys, including an infant, engaging in sexual acts on his computer

‘There were even photos of an infant engaged in sexual acts.’

He went on to describe Cox as ‘sick.’

Cox was already under investigation when he entered and earned a spot on the final round of ‘Idol,’ with his files drawing he attention of investigators in 2011.

It is unclear if producers of the show were aware of this at that time.

In asking for the maximum sentence in court on Wednesday, Assistant District Attorney Kristy Peoples said: ‘Judge the evidence at trial brought out the horrific nature of the videos and images. 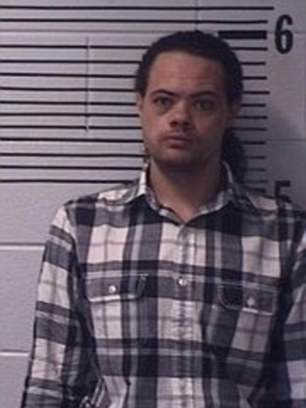 ‘There were hundreds of images that depicted what can only be described as outrageous acts done to children, mostly male children.’

She later said to WFSA after the sentence was handed down: ‘We are talking about toddlers, sexual penetration, oral sex, and the horrific nature of these photos and the quantity of the photos.’

James then asked that he be replaced as Cox’s attorney for the appeal.

People sais that the biggest concern at trial was protecting Cox’s 4-year-old son.

‘It was a huge concern,’ she explained after the sentence.

‘Most of the children in these images and videos were male toddlers and younger male children.’