An Inspector Calls on the Bristol Harbour Hotel

An Inspector Calls: The Bristol Harbour Hotel is a grand converted bank that is certainly rich in style – but a little poor when it comes to service 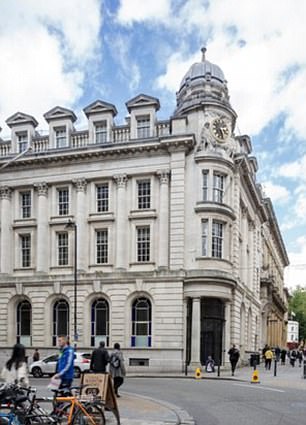 You have to admire the chutzpah of the expanding Harbour Hotels group in taking on such a huge conversion.

This Grade II*-listed Bristol building (built in 1856) used to be a Lloyds bank and is modelled on Jacopo Sansovino’s 16th-century library in St Mark’s Square, Venice — hence its elaborate facade, complete with angels, lions, ships and cherubs.

The old Midland Bank next door (pictured) is part of the hotel, and together there are 42 rooms of various shapes and sizes.

We don’t get off to the best of starts as we are shown to a room with no window. The Italian receptionist agrees that for £176, which includes dinner and bed and breakfast, we should at least be allowed some daylight.

What she comes up with is an extraordinary mish-mash, but we’re strangely taken with it. The bedroom is on one level, the bath, shower and basin on a mezzanine above and the loo off the stairs between the two. We get a window but no view — it’s an ‘internal room’.

In the bowels of the building, amid old safes, is a hugger-mugger spa. Crammed into nooks and crannies is a tiny pool (five strokes and you’re done), hot tub, sauna and steam room.

A woman with garish tattoos on her thighs is stretched out on a shelf by the hot tub; a couple are holding hands with their eyes closed. I repair to the steam room to be on my own.

Things look up in the Gold Bar, which might well have been the bank manager’s private office, with elaborate masonry work and high ceilings. The barman shakes a fine margarita. 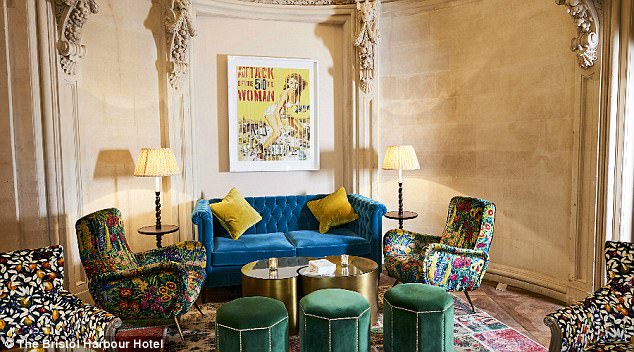 Ornate: The Gold Bar, which might well have been the bank manager’s private office, has elaborate masonry work and high ceilings – and the barman shakes a fine margarita

The Jetty Restaurant is the former banking hall. It’s bright and buzzy but service is so slow our waitress offers us a free glass of wine, with a side order of apologies.

I choose the tuna and avocado starter. Safe enough, but what’s with the wasabi ice cream cone that comes with it? Then I have the duck and squid combo, an awful clash of cultures.

Brekkie is a sumptuous affair served on pretty Emma Bridgewater-style crockery, but the music’s far too loud. I ask for it to be turned down.

The couple from the tub look happy. They, and we, are pleased Bristol has a hotel as grand as this in such a central position.