The shocking revelations of sexual misconduct by key figures in the charity industry has led to concern about the close links between organisations such as Save The Children and the political establishment.

Justin Forsyth quit UNICEF after complaints of inappropriate behaviour towards female staff while in his previous job as head of Save The Children. Prior to that, he’d been at Oxfam, now embroiled in controversy in Haiti. He is one of many people in the charity sector who worked closely with the Blair and Brown governments.

Then there’s Sir Alan Parker, the public relations guru who’s president of the international wing of Save The Children. He’s a chum of David Cameron, who, after being forced to leave No 10 in a hurry, stayed at Parker’s £3.8 million home for a time.

Andrew Pierce asks why do so many of David Cameron’s (pictured in 2016) friends have charity jobs? 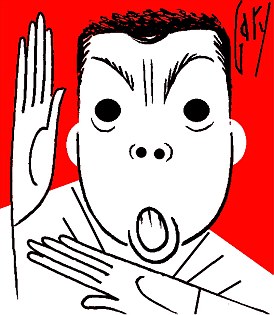 If Iain McNicol — who’s just quit his job as Labour’s general secretary following claims that Momentum wanted to oust him — decides to fight back, things could get messy. He’s a karate black belt.

The financier invested in upmarket stationers Smythson in a deal that led to Cameron’s wife, who was creative director of the firm, getting just over £437,000. Esiri is also an investor in her fashion label.

Another Cameron crony on the charity’s board is Sebastian James — an Old Etonian who featured in that notorious Bullingdon Club photo with the young PM. James is the outgoing chief executive of Dixons Carphone whose founder, Lord Kalms, is a long-time Tory donor.

Meanwhile, Fiona McBain, vice chairman of Save The Children’s trustees, is a non-executive director of Dixons Carphone.

Another trustee is Princess Dora Loewenstein, who chaired the organising committee of the Cameron Tories’ controversial Black and White parties, where lobbyists and oligarchs paid to dine with government ministers.

A charity with Princess Anne as its patron deserves better than this chintzy carousel of Cameron chums.

The performance of Thames Valley Police has been officially rated as ‘inadequate’. Labour MP Matt Rodda, whose Reading constituency is covered by the force, complains that there are 357 fewer officers than eight years ago.

Another Thames Valley MP hasn’t been so vociferous about this staffing shortfall … Maidenhead’s Theresa May, who was Home Secretary (and thus responsible for policing) for most of that time.

Tory MP Nadine Dorries, the author of several novels (such as The Angels Of Lovely Lane, about a group of trainee nurses in Liverpool in the 1950s) has received a £50,000 advance for her next book. Out-selling fellow Liverpudlian scribbler Edwina Currie, Dorries is the most successful Tory author since Jeffrey Archer. 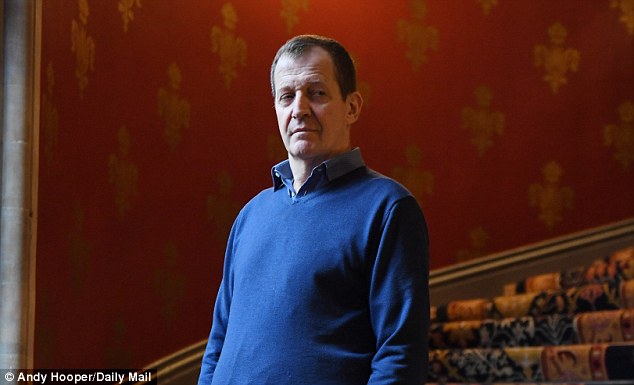 Alastair Campbell, pictured, has taken a DNA test which shows he’s a ‘Celt ahead of Anglo-Saxon’

Tony Blair’s gobby former spin doctor Alastair Campbell has taken a DNA test which, he says, shows he’s a ‘Celt ahead of Anglo-Saxon’.

Having once said he’d rather live in Nicola Sturgeon’s Scotland ‘than the England of Boris Johnson’, and advised the Albanian government, he’s now pondering whether, post-Brexit, he should try to get an Irish passport. How very patriotic!

Having seen off a petty attempt to stop her becoming the new head of the Charity Commission, Tory Baroness (Tina) Stowell says she’ll place a life-size cardboard cut-out of George Clooney in her office. The never-married Stowell says she’s had a ‘soft spot’ for the actor ever since seeing him in the TV hospital series ER.

Oh my lord, not another vote!

Euro-fanatic ex-Labour minister Lord Adonis not only wants a second referendum on the Brexit deal, but is now urging Labour members to have their own, separate ‘referendum’ to help clarify party policy.

Saying that Labour’s membership ‘is overwhelmingly pro-European, including Jeremy’s Praetorian Guard of young, adoring Momentum activists’, he says such a vote would be a ‘further dose of democracy’. This is pretty rich coming from an unelected peer whose last personal exposure to democracy was more than 25 years ago as an Oxford councillor.