Anorexia patient who weighs 58lbs prepares for an early death

A 25-year-old woman with a debilitating eating disorder is preparing for the possibility of an early death as her insurance company treats a medical program she requires to live on as a luxury.

Katrina Howard, who succumbed to anorexia nervosa in her early teen years, has been sent from hospital to hospital for treatment – but doctors fear they are running out of effective options for the young woman – who has whittled to a frightening 58 pounds.

Howard grew up in a low-income family and is insured by Georgia Medicaid, a modest medical assistance program co-funded by the state and federal government.

Her current doctor, Paul Robinson, of the Tallahassee Memorial Hospital, spoke this week about the troubling battle Howard has had with the company. 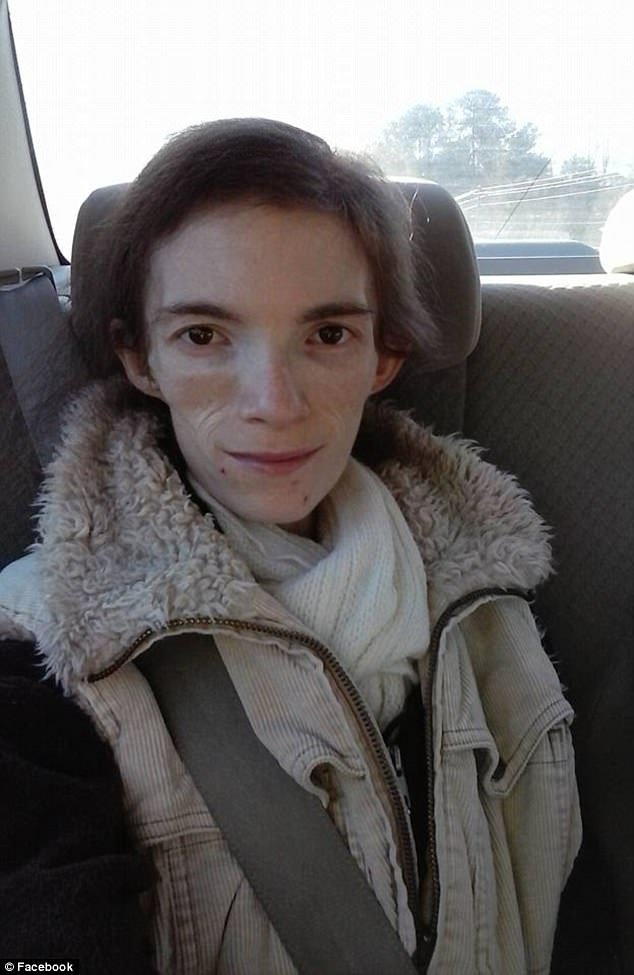 Howard has been struggling with anorexia since she was a child. Doctors fear they are running out of treatment options for her

He told the Miami Herald that the extensive program Howard needs to be sent in at Columbia University in New York is viewed a ‘luxury that taxpayers should not be forced to endure.’

Dr. Robinson said from his patient’s hospital bed: ‘She is very sick… she has been very sick. We are praying that we can get her pulled out, but she is a very sick person. 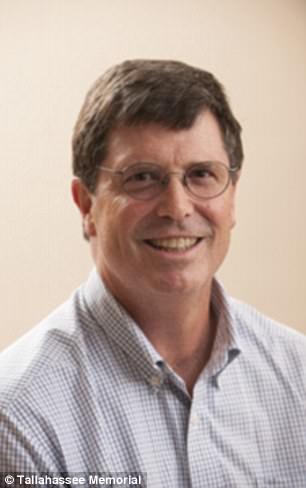 ‘There’s so many people like me out there that are struggling with this disorder. They could possibly die any day and they can’t get the help they need.’

The top-notch clinic however costs tens of thousands of dollars, Robinson said, and Medicaid typically will fork out a portion of these expenses.

He said the company refused to sign a ‘single case agreement,’ meaning the center would accept an alternate amount that the government is willing to pay.

Howard, who grew up in Americus, Georgia, was raised by a single mother who worked various jobs to help care for her and her older brother.

Howard told the Herald while laying in her hospital bed that her obsession with food began when she was a child – and by her teen years – the craze became full-blown.

She recalled herself as a ‘binge eater’ who had put some weight, when other kids noticed and teased her about it.

‘You know how children are… I thought maybe I’ll just drop a few pounds, try to eat a little healthier,’ she said. 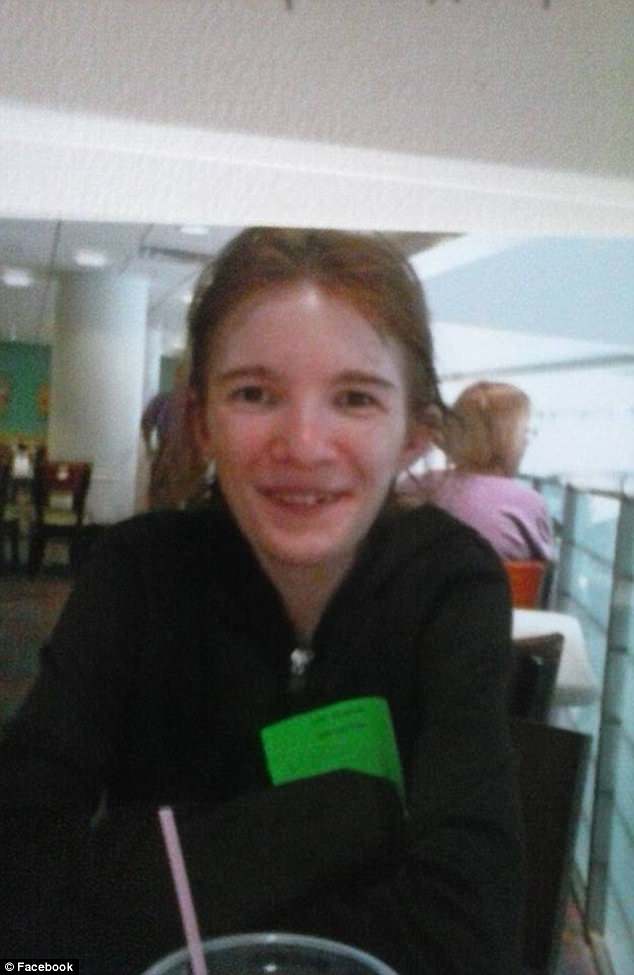 Howard is pictured above in an earlier photo of herself. She was admitted to her first recovery center at age 15 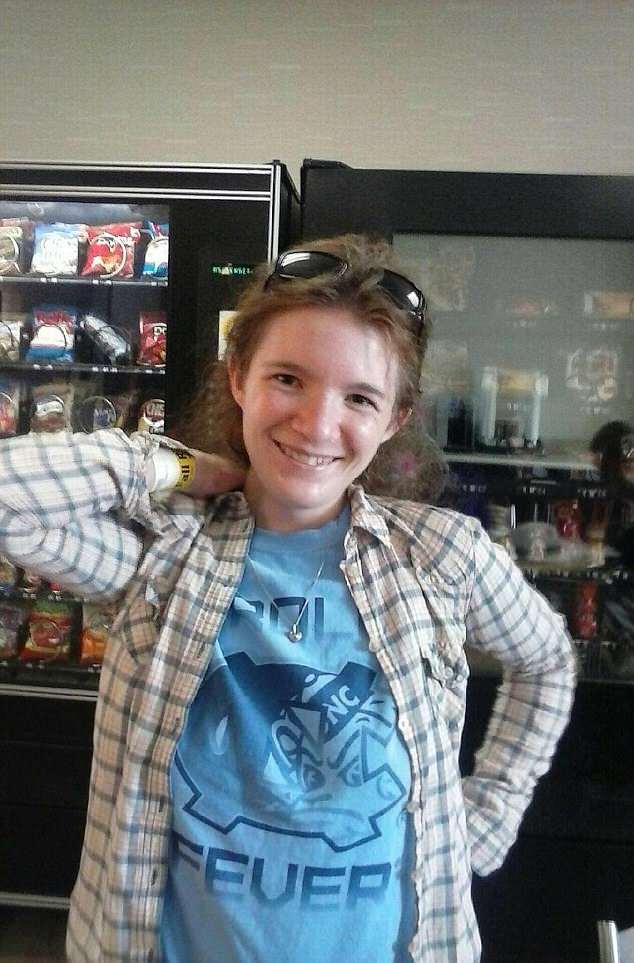 In her attempts to drop a few pounds, Howard began obsessively searching for ways to cut calories and exercise more.

Howard and her mom, who also dabbled in dieting, would go on walks which turned into arduous runs.

By the time Howard was 15, she was diagnosed with anorexia nervosa. The diagnosis came one day after her mother saw her changing clothes and gasped at the protruding bones in her back.

Howard was admitted to the University of North Carolina at Chapel Hill in 2014, which was her first treatment center.

Since then, she has been transported to various other hospitals for the psychological disorder that continues to become more concerning. 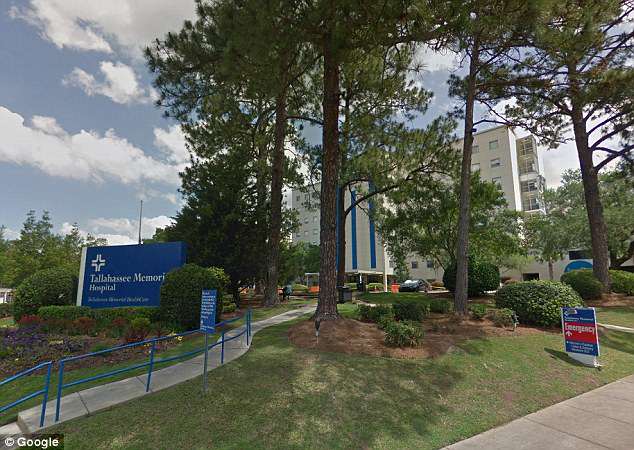 Not only is the disorder affecting Howard – but her worried mother, who stays awake in the early hours of the morning to make sure her daughter’s chest is still moving.

‘I would start feeling something and it could be anything, from struggling to be able to swallow to feeling your heart beating too fast or too slow.’

Aside from the constant emotional stress, her mother, in Georgia, struggles to come see her because of financial reasons.

Howard said she is accompanied by a group of nurses who visit her on the fifth floor of the Tallahassee Memorial Hospital, where she resides alone.

The anorexic patient suffers several other health problems that stem from her eating disorder – including heart issues, hypotension, osteoporosis, pancreatitis, acute and subacute necrosis of the liver.

She is pictured in worrisome photographs looking down at a journal she made about her hopes for the future.

Some of her goals include going to college, traveling the world and one day working as a dietitian.

The Columbia University clinic meanwhile has agreed to take in Howard as a ‘last resort,’ so long as she increases her weight to at least 65 pounds.

Howard however negotiates with nurses for hours about meals – as she is forced to intake more than 1,000 calories each day.

While speaking of Howard’s progress, Robinson said: ‘She’s got a long road.’