Anthony Albanese will consider New Zealand’s longstanding request to stop deporting criminals with kiwi passports when they have lived in Australia for a long time.

The new Prime Minister said he sympathised with his ‘friend’ Jacinda Ardern’s view on the controversial immigration policy during a joint press conference in Sydney on Friday.

Fellow Labor leader Ms Ardern, who clashed with Scott Morrison over the issue, declared a ‘reset’ in relations between the two nations.

‘I do see this as an opportunity for a reset because there were obviously some points of friction. There’s obviously still issues to be worked through,’ she said.

On her last trip to Australia in 2020, Ms Ardern told Mr Morrison: ‘Do not deport your people and your problems’. 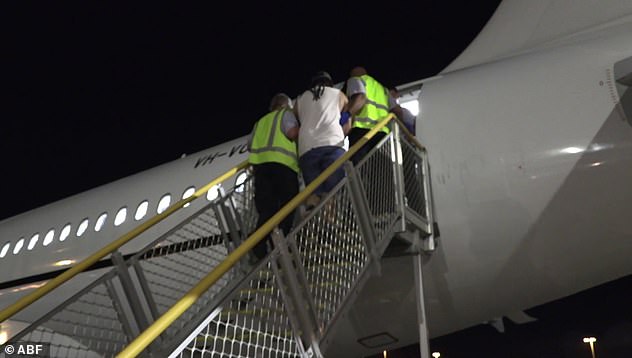 About 2,000 New Zealanders were deported between 2014 and 2020. Most had lived in Australia since they were children. Pictured: A Kiwi is deported from Australia in September 2020

In their first official meeting on Friday morning, Mr Albanese and Ms Ardern discussed the policy which sees non-citizens who commit serious crimes deported even if they’ve spent most of their lives in Australia.

It has resulted in hundreds of criminals being deported to New Zealand even if they have no ties to the country other than their kiwi passport.

About 2,000 New Zealanders were deported between 2014 and 2020. Most had lived in Australia since they were children.

On Friday she said she does not want to stop all deportations from Australia but just certain cases where the criminal is ‘essentially Australian’.

‘New Zealand is not asking for Australia to remove their deportation policy. We never have,’ she said.

‘New Zealand, of course, deports individuals who have been in New Zealand for a short time and who have acted outside our expectations for anyone who chooses or wishes to stay as a resident.

‘But there are those who are being deported from Australia who, for all intents and purposes, are Australian.

‘Often zero connection to New Zealand. Sometimes not even having stepped foot there. That’s the place that we’re asking for that consideration to be given.’ 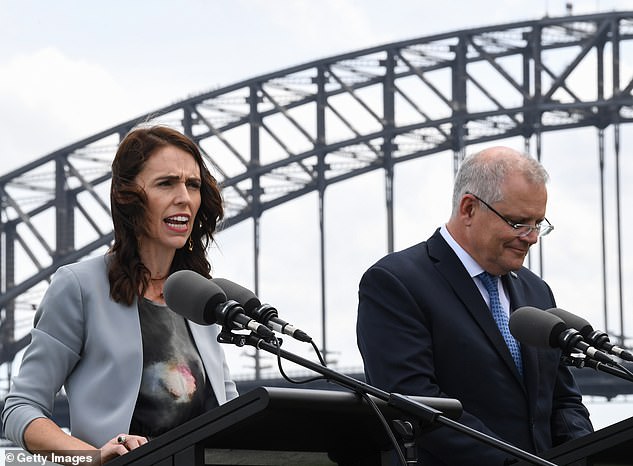 On her last trip to Australia in 2020, Ms Ardern told Mr Morrison: ‘Do not deport your people and your problems’

Mr Albanese declared Australia’s law allowing visas to be cancelled – known as Section 501 – will be kept but said exceptions could be made for some Kiwis.

‘Section 501 should be maintained but there are also concerns that have been raised that need to be taken into consideration, as friends,’ he said.

‘We deal with each other in a mature way which deals as well with common sense.

‘And what’s clear is that, if people look at some of the cases that have been held, it’s not surprising that the prime minister would make the strong representations that she had. Because I would be if I was in the same position.’

‘The government must resist pressure to go soft on removing criminals who are citizens of New Zealand,’ she told Daily Mail Australia. 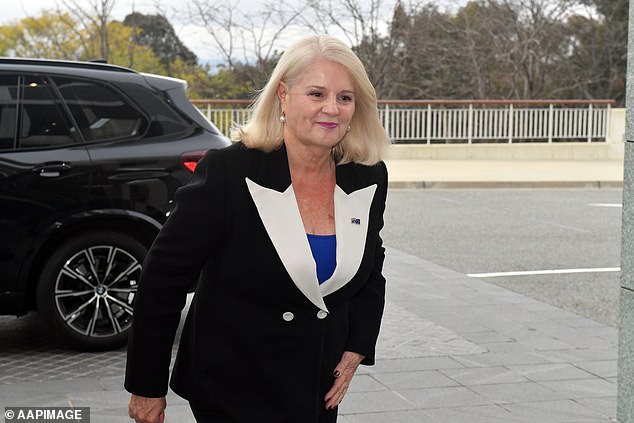 ‘Labor capitulating to the demands of a foreign government at the risk of the safety of Australian communities would send a worrying sign.

‘Any move that makes Australia a welcoming place for criminals and crooks makes us less safe.

‘It doesn’t matter how long a dual citizen or permanent resident has been in Australia. If they commit a serious crime and endanger Australia’s way of life – they shouldn’t be allowed to stay here.’

The New Zealand leader is the first to visit Mr Albanese on home soil after his election win on May 21.

She posted a picture of the two Labor leaders together on Instagram and mentioned the gifts in the caption, prompting her partner Clarke Gayford to comment on the age of the bands. 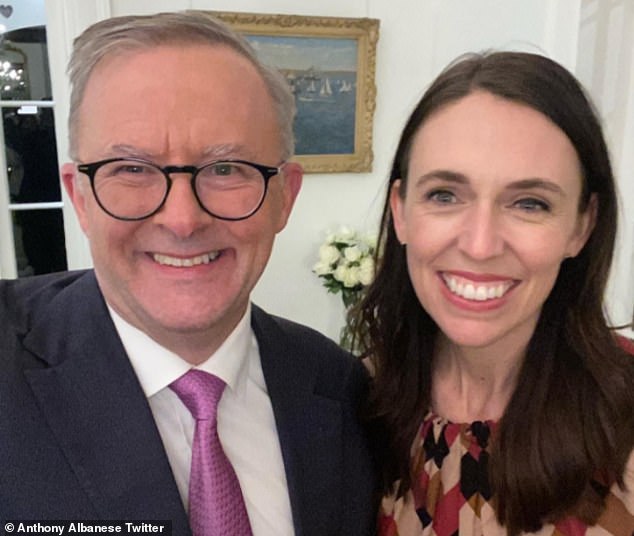 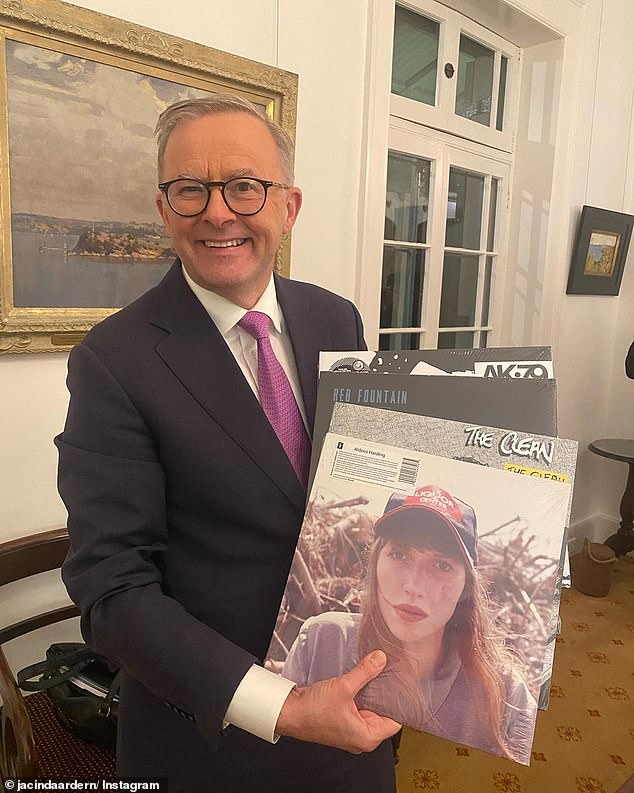 Mr Albanese said she was the first leader to call him after the result while he was on his way to give his victory speech.

‘Prime Minister Ardern, not surprisingly, was the first person to ring me. I was still in the car. We have each other’s mobiles,’ he said on Tuesday.

‘Jacinda was good enough to ring me when I was on my way to the Canterbury-Hurlstone Park RSL.

‘She’s been a friend of mine for some time. I look forward to catching up with her informally on Thursday night and then for us to have a meeting on Friday. We’re good friends, Australia and New Zealand.

‘We can do much better in terms of cooperation and build stronger relations, and I’m sure that myself and Jacinda will be able to achieve that.’