In the past three years, the anti-immigration Federation for American Immigration Reform – or FAIR – has achieved dramatic financial growth, fed top talent to the Trump administration and reached millions of new people through social media.

The Washington D.C.-based organization has been labeled a hate group by the Southern Poverty Law Center, but in Trump’s America it’s achieving a new level of mainstream acceptance and success at pushing its message and agenda.

FAIR has ‘been waiting for this political moment,’ said Heidi Beirich, a spokeswoman for the Southern Poverty Law Center in an interview with DailyMail.com. ‘White nationalist sentiments are at unprecedented levels. There is this reaction happening on the right to demographic change – and it’s a negative reaction.’

FAIR has seen a dramatic uptick in grant funding since 2014, reaching $11.4 million in 2016, the most recent year for which data is available

FAIR rejects the ‘hate group’ label. Leaders say FAIR advocates for zero illegal immigration and very low levels of legal immigration – with a cap of 300,000 a year being an ‘aspirational’ target. The group also opposes amnesty for illegal immigrants and seeks to end the practice of granting citizenship to people born in the U.S. to noncitizen parents.

‘The ideas have always been mainstream, it’s just that we have reached a point that the American public is taking a stand on this issue,’ FAIR spokesman Ira Mehlman told DailyMail.com.

FAIR’s messages are resonating with more people – though its leadership believes many Americans have felt this way for decades, but were afraid to express it until now.

‘People have been saying for a long time that they want to limit immigration and they’ve been accused of being bad people for that somehow – that they’re not compassionate; they’re xenophobic, racists, all these terrible things – when all they’re saying is this (level of immigration) is harming our jobs, every aspect of life that is important to us,’ Mehlman said.

While FAIR has been around a long time, ‘this is their time to shine,’ said Alex Nowrasteh, senior immigration policy analyst at the Cato Institute, a libertarian think tank.

‘This is absolutely a unique case in their history,’ Nowrasteh told DailyMail.com. ‘Usually FAIR was cited by fringe people on the margins. It was never a mainstream organization – ever – until the 2016 election cycle. FAIR did not have that much influence with Republicans back in the day. This amount of influence is really new.’

Established in 1979, FAIR has been called a hate group, in part, for comments by its founder, John Tanton, expressing his desire to keep America a white-majority country.

The group was also widely criticized in the 1990s for accepting more than $1 million in grants from the Pioneer Fund, an organization established to support eugenics research for the purpose of ‘race betterment’ through promoting the genetic stock of ‘white persons.’ Much of its funding has supported controversial researchers, many of them associated with racist academic theories.

FAIR’s president, Dan Stein, has distanced himself and the organization from Tanton and rejects the notion that their policy beliefs are racially driven. He said the negative label from Southern Poverty Law Center hasn’t hurt the group.

‘The more they go after us, the more money flows in (from donors),’ Stein told DailyMail.com.

And the money is flowing.

At the same time, the group has nearly doubled its spending on program services to reach nearly $10.9 million, according to the group’s annual financial statements. 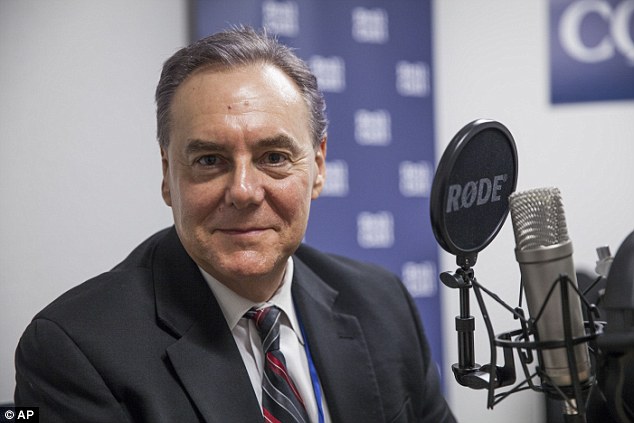 Dan Stein, president of Federation for American Immigration Reform, is interviewed in June 2018. FAIR has seen dramatic growth in its funding and social media following in the past three years

The group launched a new ad campaign this month trying to shift the discussion on immigration from lost jobs (given the current low levels of unemployment), to the issue of wage stagnation.

One ad features a young man saying he did ‘everything possible’ to prepare for his career – but ‘American companies prefer to hire immigrants. They come here on guest worker visas, crowding the labor force and driving down wages.’

Stein believes that message will resonate in the markets where people haven’t seen meaningful raises in a decade or more.

‘For wages to rise, immigration must fall,’ Stein said. ‘That is a much more complex messaging strategy targeted at moderates in key states (rather) than messaging opposed to sanctuary cities targeted among conservatives in the heartland.’

Pete Boogaard, communications director for the pro-immigration FWD.us organization, disputed that assertion. He pointed to a 2012 study by the Fiscal Policy Institute that found 18 percent of small business owners in the U.S. were immigrants – and they accounted for 30 percent of the growth in small businesses from 1990-2010.

It makes sense they would be capitalizing on this moment. For the first time they have real access (to the White House).                    -Heidi Beirich, Southern Poverty Law Center

FAIR’s success – and the addition of several of its former leaders to the Trump administration – is worrisome for those on the left who fear the organization is tapping into a darker element of the American psyche.

‘Trump has presented them (FAIR) with that grand opportunity to pursue greatly restricted legal and illegal immigration,’ said Beirich, of the Southern Poverty Law Center. ‘People can disagree on immigration. Obviously, we just don’t want it (immigration policy) decided by racist views.’

FAIR leadership is aware of how much the conversation on immigration has changed.

‘You have this incredibly valuable level of public engagement on an issue that in the 1980s was pretty much dominated by insiders and often took place out of view,’ Stein said, adding that he doesn’t think the opposition has made a successful argument for why more immigration is good for America.

In many ways, Trump has been the politician that FAIR has been waiting for. He’s elevated discussions on things like chain migration – the process by which green card holders or legal U.S. residents can sponsor family members for immigration into this country.

Stein said it was once considered too wonky to be mainstream, but with the help of Trump it is now a topic on the tongue of many Americans. 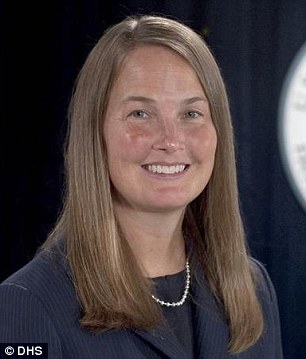 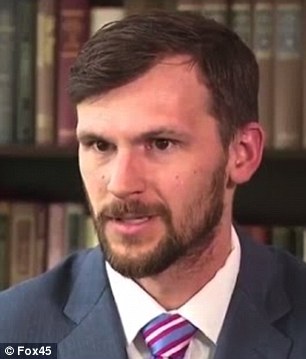 Julie Kirchner, ombudsman to the U.S. Citizenship and Immigration Services branch of the Department of Homeland Security, is the former executive director of FAIR. Robert Law, a senior policy advisor at USCIS is a former government relations director at FAIR

‘Trump has amplified a lot of these important concepts to enhance public understanding in a way that hasn’t been done before,’ Stein said. ‘Our donor base is very excited about any candidate that is going to make this a marquis issue.’

‘You’d have to go back to probably Teddy Roosevelt for the last time you had a president in the White House and control of the Congress who made immigration control a major issue,’ he added. ‘Most of the time if it has come up it’s a minor issue or a secondary issue. ‘

The 9/11 terrorist attacks were supposed to be a time when FAIR’s message could have gripped the American public as it has now – and Stein said they did enjoy a measure of success at that time.

However, even Republican President George W. Bush was in some ways a disappointment to the group, particularly given his (failed) attempt in 2007 to extend amnesty to illegal immigrants.

Trump appears to be more closely aligned with the organization’s philosophy than any other president since their founding.

‘It makes sense they would be capitalizing on this moment,’ said Beirich, of the Southern Poverty Law Center. ‘For the first time they have real access (to the White House). That wasn’t (previously) true under Republicans or Democrats.’

In fact, some of FAIR’s former leaders are now in positions of power within the administration.

The organization’s previous executive director, Julie Kirchner, was an advisor on Trump’s campaign and later named ombudsman to the U.S. Citizenship and Immigration Services branch of the Department of Homeland Security.

The group also has a close relationship with Attorney General Jeff Sessions, who has spearheaded much of the crackdown on immigrants, giving him an award in 2007 to thank the then-senator for his efforts to kill the Bush bill that would have extended amnesty to immigrants in the country illegally. Sessions has also been a keynote speaker at at least one FAIR event.

‘To be honest, I’m surprised they haven’t hired more people out of the stable of our organization,’ Stein said.