An armed robber who dragged a police officer out of a patrol car and threw her to the ground after ransacking a supermarket has been jailed for 14 years.

Shocking CCTV captured the moment Owen Smith, 29, hauls PC Ellie Young out of her vehicle outside a Tesco Express in Horsham, West Sussex.

The clip shows Pc Young being flung to the ground, as she then jumps up and tries to tackle Smith alongside her colleague PC Vicky Canales.

Smith  jumps into the driver’s seat in an apparent bid to escape, and as the car slowly reverses back-up arrives. 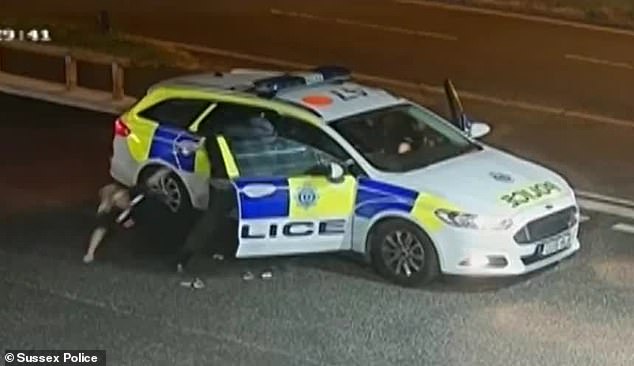 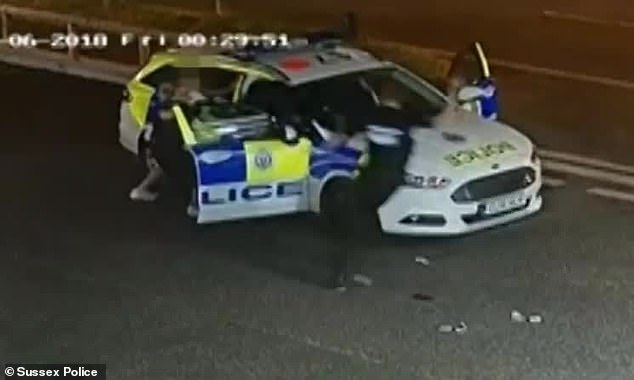 A member of the public is also seen running over to try and help, before Smith is Tasered and then arrested.

Pc Young was left with arm, leg, and shoulder injuries in the attack.

Moments before the incident Smith and an accomplice stole cash, cigarettes and alcohol from the Esso garage supermarket store in Redklin Way, Horsham.

A terrified member of staff managed to call the police to report two men armed with weapons, as video footage shows the duo throwing their stolen loot into a blue wheelie bin.

But footage taken outside the Horsham store shows them being disturbed by the arrival of two police officers. 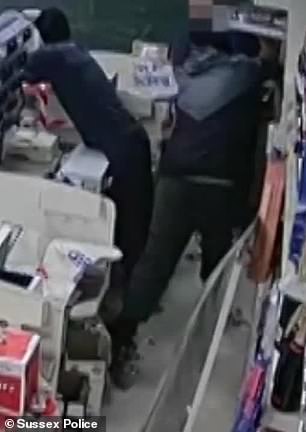 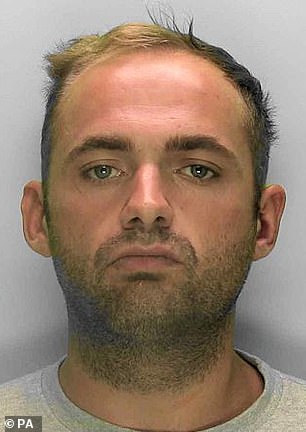 Smith (right) and an accomplice, who were both wearing balaclavas, stole cash, cigarettes and alcohol from the Esso garage store in Redklin Way, Horsham 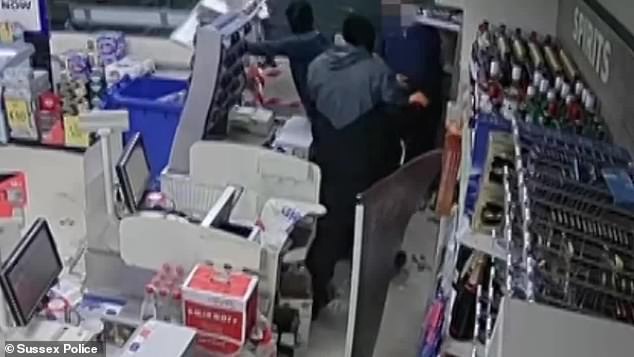 Unemployed Smith, of no fixed address, previously admitted assault by beating a police constable, possession of a baseball bat as an offensive weapon, robbery and taking a police vehicle without consent, the force said.

He was handed a 14 year sentence at Hove Crown Court, Sussex Police said.

Detective Chief Inspector Justina Beeken said: ‘Watching the CCTV of Owen Smith attacking our officers is absolutely harrowing, not least due to the ferocity of the attack, and I commend the officers’ bravery and commitment that evening in arresting him.

‘No officer should be attacked while doing their job and I am thankful that no officers were more seriously hurt.’

She also commended the members of the public who tried to help ‘without a moment’s thought for their own safety’ and Tesco staff members who were threatened at work.