A football player who was shot during the deadly Aurora theater massacre back in 2012 has been signed by the Los Angeles Chargers.

Zack Golditch, a free agent lineman from Colorado State, was shot in the neck as a gunman opened fire in a movie theater in Aurora, Colorado on July 20, 2012.

Golditch had been going to see the Dark Knight Rises with friends when he heard a loud popping sound just 20 minutes into the film.

Moments later he was struck in the neck by a ricocheting bullet which whizzed through the theater wall from the next-door auditorium where the shooter was carrying out a bloody rampage.

Then a high-school student, Golditch, who was 17 at the time, managed to escape to the parking lot where he called 911.

‘I guess I wasn’t just grazed. It just went clean in and out, no shrapnel, just clean it out, no stitches because of the risk of infection,’ he told the Denver Post. 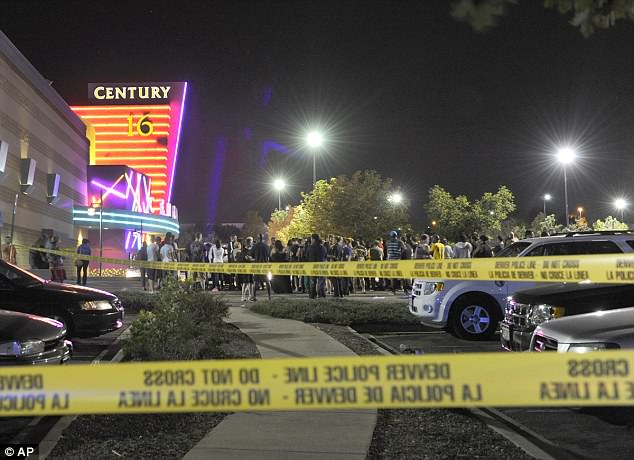 12 people were killed and 70 others injured as James Holmes went on a shooting rampage in a movie theater in Aurora, Colorado in July, 2012

The shooter, James Holmes, killed 12 people and injured 70 others in the sickening rampage through the cinema.

But Golditch said he used the attack as his impetus to succeed with his football career.

‘I never stopped and realized this is part of my story,’ he told USA today.

‘I shouldn’t push that away, because what I hold on to right now is a story, not just about myself, but about everyone else. I can carry that and represent them through what I do now and how I carry myself. I have to embrace it.’

‘I was a 17-year-old kid going to see a movie; next thing you know, I might not have come home that night. For me to still be able to play football, to be able to be a normal person and an able-bodied person is great.’

Golditch was in the hospital for less than seven hours and he even showed up to lift weights at Gateway High School the next day. 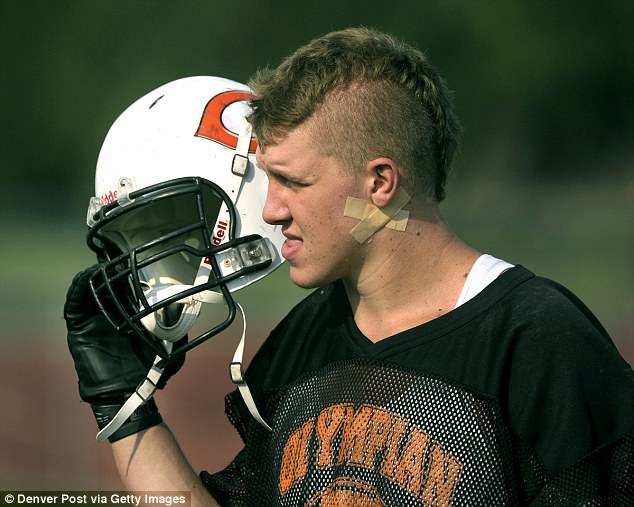 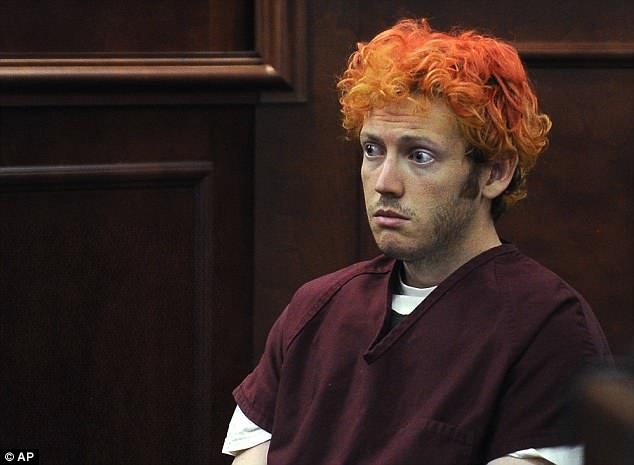 The shooter, James Holmes (pictured), was sentenced to 12 consecutive life sentences plus 3,318 years without parole

After missing a few weeks of practice and the first game of the season from his injuries, he was back playing on the offensive line and soon heading to Colorado State University, where he became a starter in 2015.

He was passed over in the NFL draft but then Saturday night signed as an undrafted free agent with the Los Angeles Chargers.

‘It’s exciting, because I kind of had an idea the Chargers would be a place I would end up, because they had a lot of interest in me from the beginning.

‘I have a lot of family in Southern California, so it will be exciting to go out there and be close to them, so that’s kind of like the icing on the cake. I think it’s a great opportunity for me to go out and make the team.’

James Holmes was sentenced to 12 consecutive life sentences over the Aurora shooting in August 2015 plus 3,318 years without parole.