‘Eco-identity’, respectful relationships, vegetarianism and ‘deep time’ indigenous history are among the concepts that will be taught in classrooms across Australia next year.

The Australian, Curriculum, Assessment and Reporting Authority has unveiled its revamped and ‘decluttered’ national curriculum to come into effect in 2023 after it was recently endorsed by federal, state and territory governments.

The specially built website has been designed with teachers for teachers and is hailed of the few digitalised curriculums in the world.

History, English, maths and physical education are among the subjects that have undergone a massive overhaul in the ninth version of the curriculum.

PE lessons will explore ‘eco-identity’ of students through mindfulness and positive self-talk.

They will also discover the benefits of a vegetarian diet through activities such as preparing ‘sustainable’ meals using local ingredients and avoiding single-use plastic.

Australian history was previously optional for Year 9 and 10 but will now become compulsory and will including learning about World War II.

‘The occupation and colonisation of Australia by the British, under the now overturned ­doctrine of terra nullius, were experienced by First Nations Australians as an invasion that denied their occupation of, and connection to, country/place,’ the curriculum states.

Students will learn post-settlement history from the period 1750 to World War I, the the impact of post-Second World War migration in Australia and the significant contributions migrants have made to Australia.

There’s also more focus on origins of Australian democracy and its Christian and Western heritage, Ancient Rome, Greece and Egypt, the Holocaust and the Cold War. 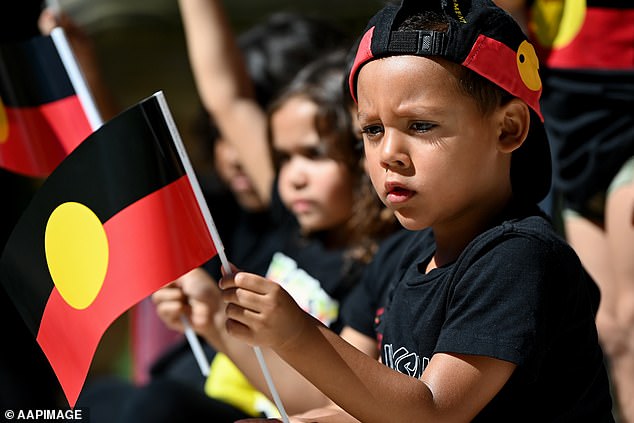 High school students can look forward to a ‘Deep time’ strand focus on Aboriginal and Torres Strait ­Islander history (pictured, a child during an Invasion rally in Sydney)

There’s less emphasis on climate change, which is mentioned just twice in the geography curriculum for Years 9 and 10.

The national curriculum outlines clearer expectations for younger pupils with a focus on literacy and numeracy development as the foundations for further learning.

Prep and kindergarten children must be able to write letters, spell simple words and ‘experiment’ with capital letters and full stops, count to 20 and know the days of the week.

They should be able to add or subtract numbers to 20 by the end of grade one and tell the time by the following year.

By the end of Year three, they should be reading fluently, writing compound sentences which connects two independent clauses and be able to recite their times tables.

He added the new national curriculum is a ‘more stripped-back and teachable curriculum’ that supports deeper conceptual understanding and improvement in educational performance.

‘Teachers will be able to quickly and intuitively find relevant information, and lessons can be more easily planned,’ Mr de Carvalho said in a statement.

A key aim of reviewing the curriculum was to give teachers time to teach for deeper understanding.

‘For the curriculum to be effectively delivered in the classroom, it also has to be presented in a way that is useful.’ 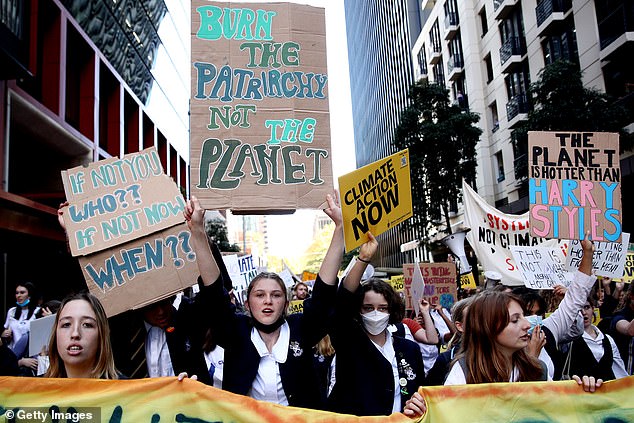 There will be less emphasis on climate change, despite thousands taking part in a Student Climate Change Rally in Sydney last Friday 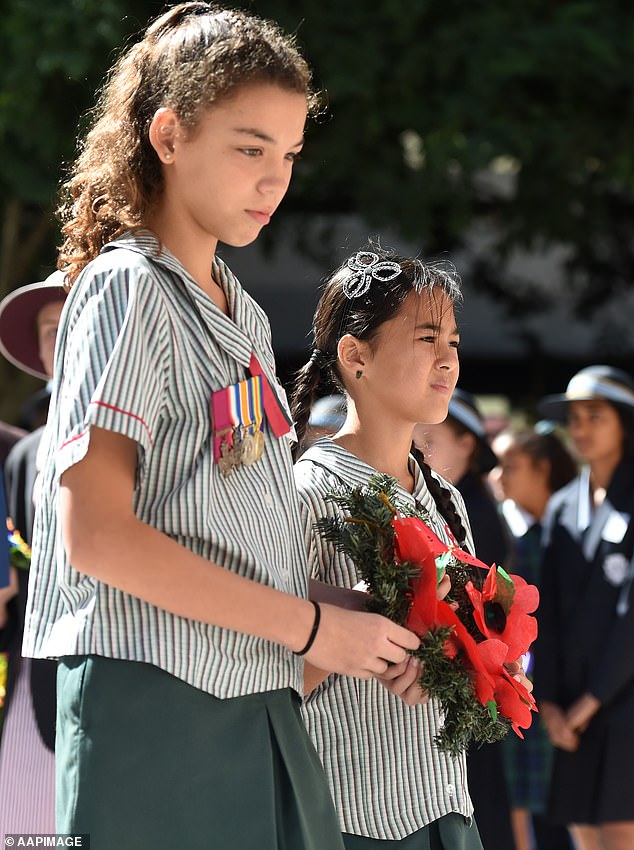 ACARA curriculum director Sharon Foster added Teachers from across Australia have been involved in the design and user experience testing.

It has acknowledged some jurisdictions may start supporting their teachers to become familiar with the new curriculum in the coming months in preparation for next year.

The federal Coalition and Labor both support the new curriculum recently signed off by federal, state and territory education ministers.

‘The Australian curriculum now sets a higher standard for educational achievement in Australia going forward. It has been decluttered, allowing teachers to focus on what matters most, and it is evidence-based, with phonics now embedded in the teaching of English’ acting federal education minister Stuart Robert said.

‘Importantly, ministers also noted that they will consider continuous updates to the curriculum so that more iterative improvements can be made in the future. 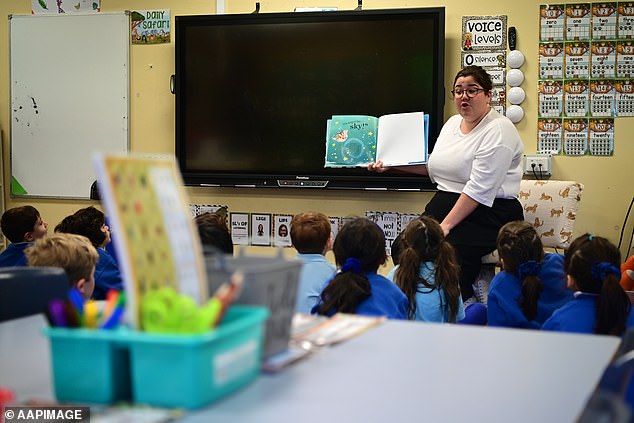