What on earth is THIS? Australian angler is left baffled after catching a mysterious ‘alien-like’ creature with terrifying teeth at a secluded river

An Australian angler has been left baffled after catching a mysterious ‘alien-like’ fish at a secluded river.

Tee Hokin, who reeled in the fish near the Kakadu National Park in the Northern Territory last week, said the animal reminded him of ‘a purpley-brown alien’.

‘It had a really weird head, but the body was like an eel and it didn’t even move or wriggle; it was like stunned, like stealth mode… I was like ”what the hell is that’?” Ms Hokin told ABC News.

The fish – which was 15 centimetres long –  appeared to have no eyes and was a brown, purple-pink colour.

‘These fish are found in fresh and brackish estuaries, and coastal marine waters in the western Pacific and Indian Oceans, and there are a number of species present in Australia,’ Mr Grant wrote.

‘They have poorly-developed eyes, often covered by skin, because they live in turbid water and rely on touch rather than sight to catch their prey.

‘That’s why they also have such ferocious teeth, because when they find lunch, they don’t want to let it go!’ 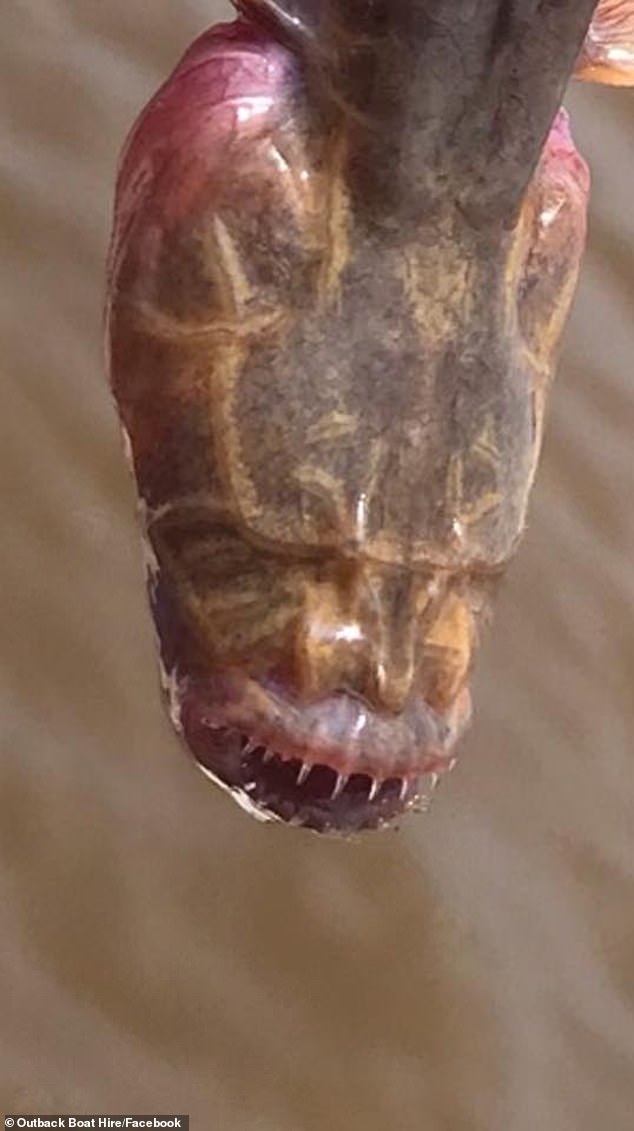 The fish has ‘greatly reduced eyes, specialised bronchial chambers which mean it can breathe air, and teeth on the outside of its mouth