A fit and healthy mother who was diagnosed with an advanced form of breast cancer is urging women to listen to their bodies after gut instinct told her she was ill.

Samantha Weily was breastfeeding her daughter in November 2019 when she noticed a lump, but wasn’t immediately concerned because she felt no pain or fatigue.

Despite believing it to be a hormonal change in tissue which often occurs during lactation, the 36-year-old businesswoman from Brisbane, Queensland, booked a consultation with her GP to rule out anything sinister.

Four months later, scans and a biopsy revealed she had stage three triple-positive breast cancer, a fast-growing and aggressive form that accounts for 15 to 20 percent of all breast cancers worldwide.

One year since her diagnosis, Ms Weily – who is still undergoing chemotherapy to eliminate all traces of the disease – is calling for women to watch for lumps in the breast or armpit that become larger, harder and tender to touch.

She told Daily Mail Australia that if she hadn’t been so vigilant, her prognosis would be ‘very different’.

Samantha Weily (pictured) was breastfeeding her daughter in November 2019 when she noticed a lump, but wasn’t immediately concerned because she felt no pain or fatigue 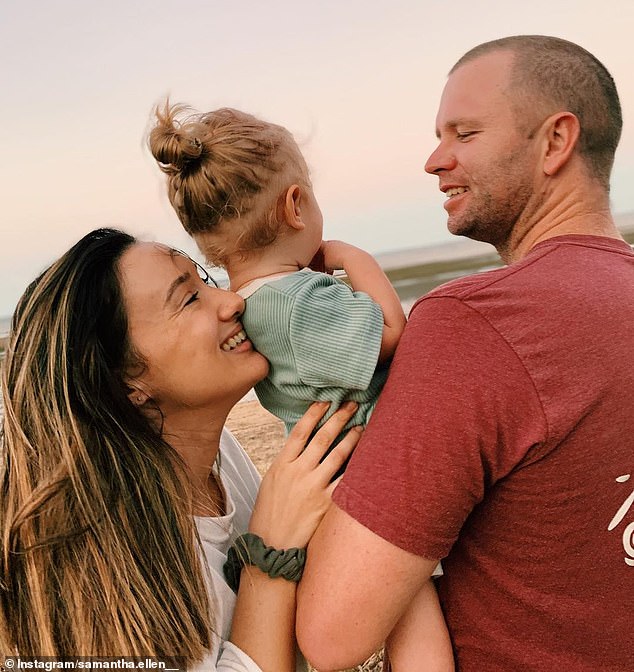 Ms Weily describes the moment of her diagnosis as ‘viewing your life from above or through a movie screen’.

By stage three, triple-positive breast cancer has spread beyond the original growth site into the lymph nodes, which led doctors to insist on ‘immediate’ treatment, meaning there would be no time for Ms Weily to freeze her eggs.

This came as a shattering blow to the young mother who had tragically delivered her first child, a son named Jack, stillborn in 2015.

Ms Weily said she was ‘inconsolable’ to have her greatest wish – a sibling for her two-year-old daughter – snatched away.

‘I still didn’t believe that I could have cancer, I didn’t think I could be that unlucky, that the universe could give me this to overcome as well,’ Ms Weily said.

‘I couldn’t believe life was throwing this at us after losing our son four years earlier. It felt like a big slap in the face.’

She said she made peace with her grief after realising that her utmost priority was to be there for her little girl. 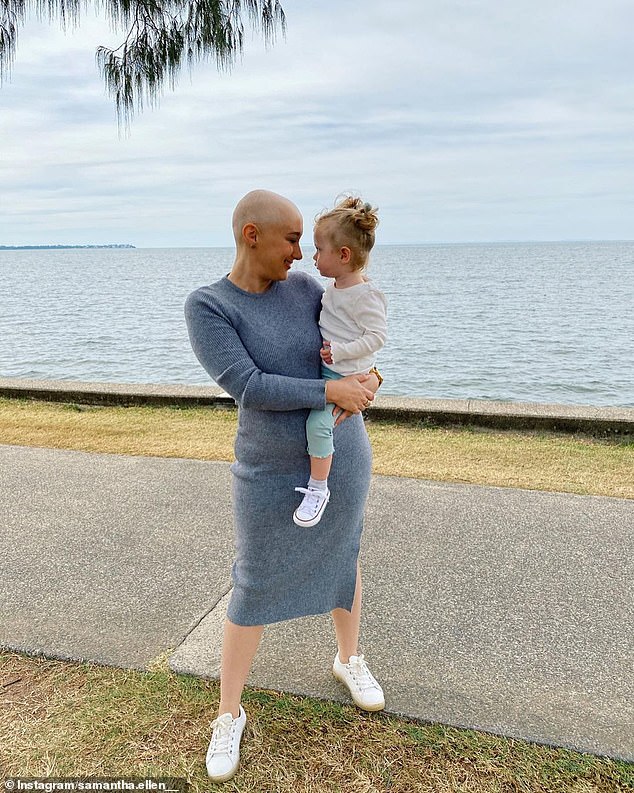 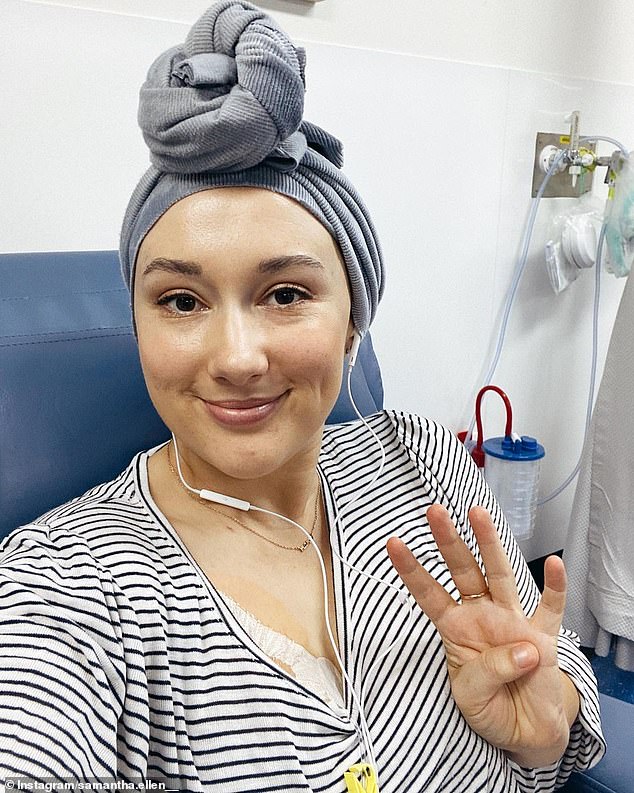 * Lump in the breast

* Thickening of the breast skin

* Rash or redness on the breast

* Rash on the nipple

* Swelling in one breast

* Dimpling of the nipple or breast skin

* Lumps in the underarm

Ms Weily’s triple-positive diagnosis – which means progesterone, estrogen and the HER2 protein were detected in her tumours – meant she required complex treatment that included surgery and radiation as well as chemo and hormonal therapy.

She has completed six rounds of chemo in the past year, with a six-month course still to undergo, but was declared officially ‘cancer-free’ after a lumpectomy operation in August.

Despite this, Ms Weily said she still feels ‘very in’ her illness.

She still experiences ‘scanxiety’, a term that describes the dread and apprehension that grips cancer patients before tests to confirm tumours have not recurred.

Ms Weily is sharing her story in the hopes of encouraging other women to listen to their bodies and ‘push through the noise’ of modern life to listen to gut instincts about their health.

‘For me, my “noise” was mother, breastfeeding, business, and being busy, but I think deep down I knew I had to get it checked out,’ she said.

‘Even though I didn’t think it would end up being cancer, I knew it was a possibility – and for me, that was enough. I knew I owed it to myself and to my family to put my needs as a priority.’

Ms Weily said she wanted others to know that if she had waited just another couple of months, the outcome would have been very different. 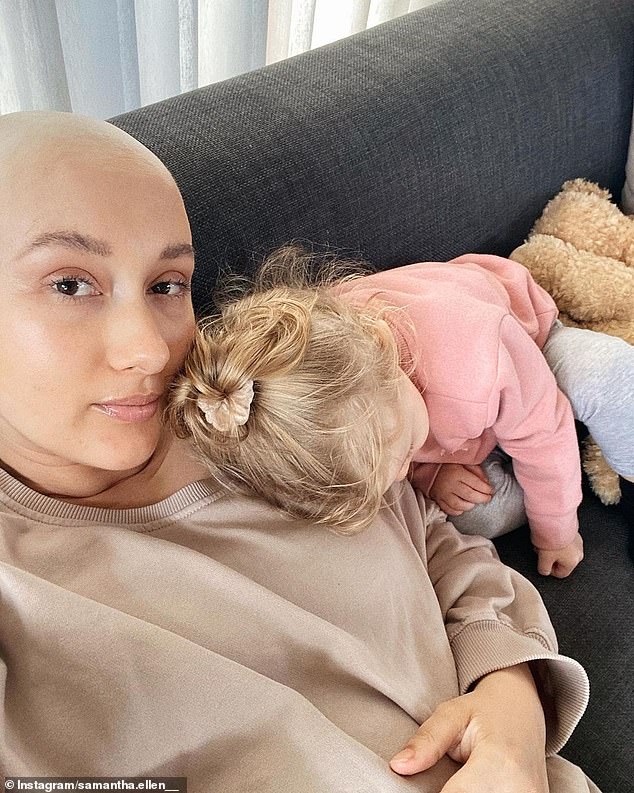 Ms Weily (pictured with her daughter) said she wants others to know that if she had waited just another couple of months, her prognosis would have been very different

Ms Weily is one of an estimated 19,974 Australian women diagnosed with breast cancer each year.

In 2020, the year of her diagnosis, breast cancer was the fifth leading cause of cancer death in Australia and the second most common cause of death from cancer for women.

The early symptoms most breast cancer patients experience are few and easy to miss, which often leads to lengthy delays in diagnosis.

The only warning signs most women receive are a small, hard lump in the breast, and breast tenderness or a nipple that turns inwards – but as Ms Weily’s story shows, this only occurs in some cases.

If detected early, the chance of successful treatment and long-term survival is excellent, provided cancer has not spread to other parts of the body.

But patients such as Ms Weily still face incredibly difficult decisions about treatment which causes serious side effects that could change the course of their lives. 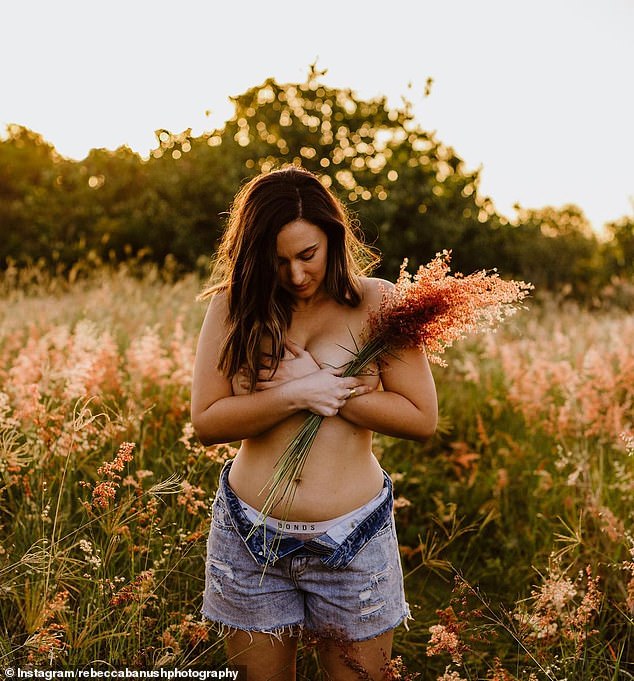 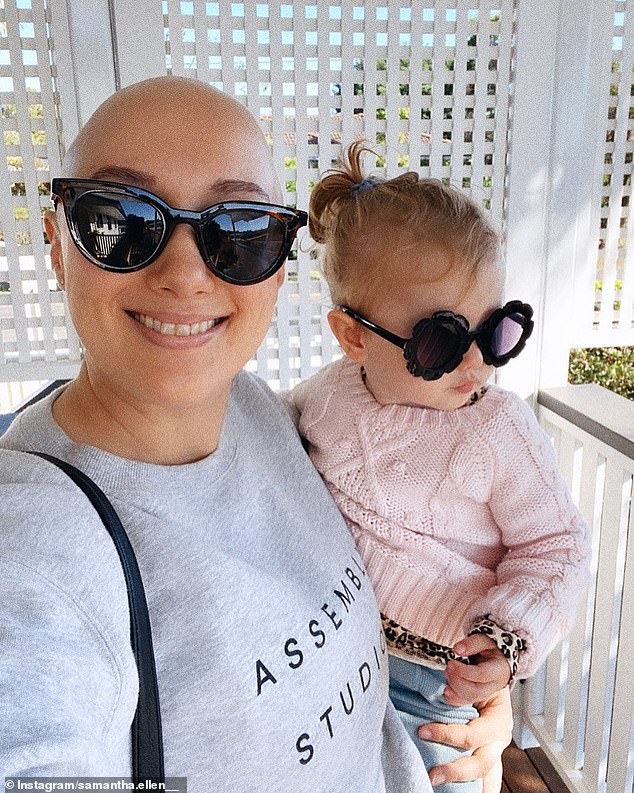 While chemo and hormonal therapy offer the best chance of destroying cancerous cells, it can also lead to myriad issues including early onset menopause which Ms Weily has already started to experience.

‘It’s definitely not something I expected to be dealing with in my mid-30s,’ she said.

Ms Weily hopes her story will show others that cancer can touch any person of any age, regardless of how healthy they may feel.

‘I want people to know that although these things can happen to anyone, how your world can be upended on any given day, that our health system in Australia is amazing and the support available is phenomenal,’ she said.

‘I want people to know that if this happens to them or someone close to them, they will get through it.’