Jemma Mitchell, 38, hit 67-year-old Mee Kuen Chong over the head with a weapon at her London home in June last year, it was alleged.

Two weeks later, she drove more than 300km to the seaside town of Salcombe in Devon where she left devout Christian’s decapitated and badly decomposed body in woods.

The prosecution claimed Mitchell, who met Ms Chong through a church group and acted as a spiritual healer for her, had planned to murder the vulnerable divorcee and fake her will to inherit the bulk of her estate – worth more than $1.25million.

She came up with the plan after Ms Chong, who was known as Deborah, backed out of giving her $360,000 to pay for repairs to Mitchell’s $7million dilapidated family home, jurors were told.

The trained osteopath, who once operated a practice in Melbourne but returned to the UK in 2015, had denied having anything to do with Ms Chong’s death – but declined to give evidence at her trial. 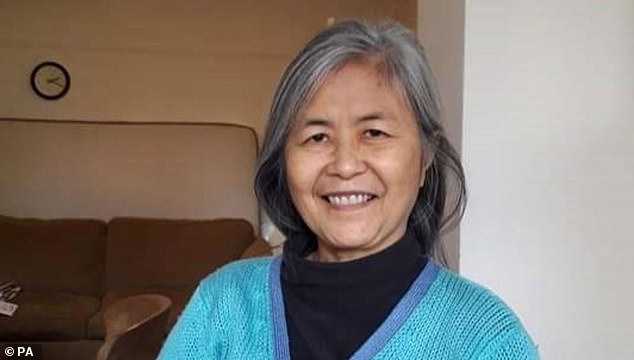 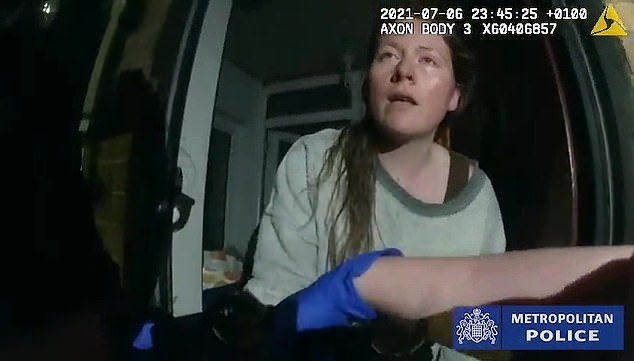 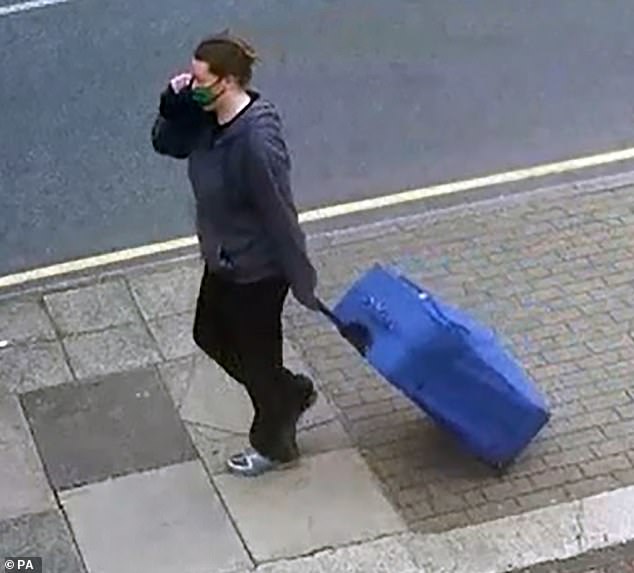 Mitchell stood impassively in the dock as she was found guilty of murder while Ms Chong’s family in Malaysia watched the verdict via a video link.

In the coming hours, Judge Richard Marks KC will hand down his sentence on live TV at the Old Bailey in London.

It is only the second time cameras have been allowed into an English criminal crown court to record a sentencing, and the first in which the defendant is a woman.

During the trial, jurors viewed CCTV footage of Mitchell, who once boasted online of her award-winning skills in human dissection, arriving at Ms Chong’s home carrying a large blue suitcase on the morning of June 11 last year. 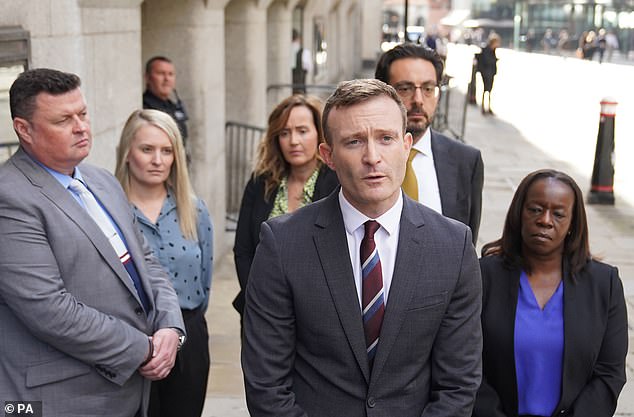 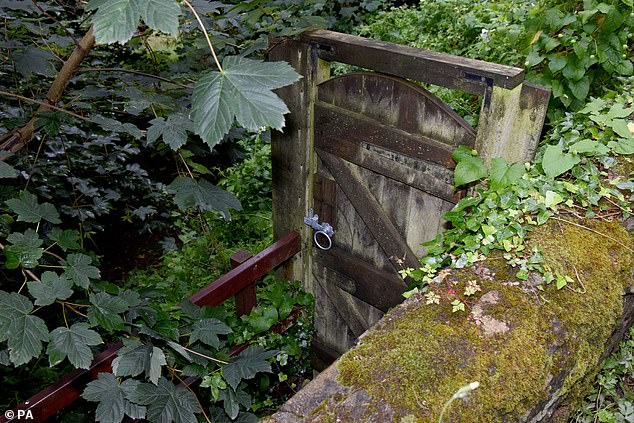 The site in woodland where the body was dumped in Salcombe, Devon, and found by police 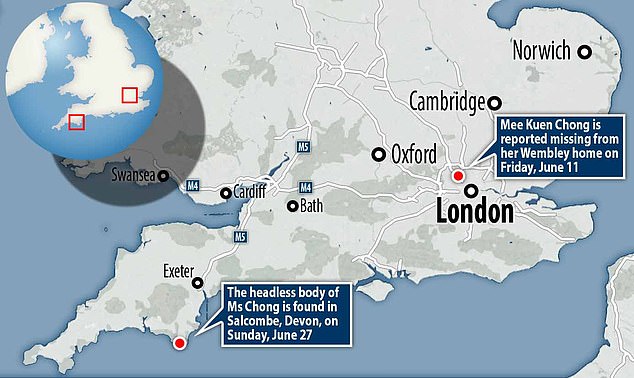 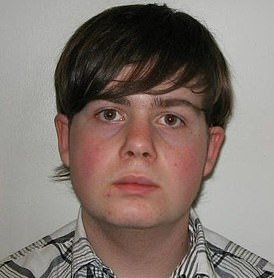 History was made in July as the public watched a crown court judge pass sentence live on TV for the first time in English legal history.

Judge Sarah Munro QC sentenced Ben Oliver to life in prison with a minimum term of 10 years and eight months for killing his grandfather David, 74, after the 25-year-old, himself a convicted paedophile, discovered his relative had been accused of sexually abusing girls.

The sentencing in Court Number Two – one of the Old Bailey’s oldest courtrooms – was broadcast online and on news channels including Sky News, the BBC, and ITN. There was a 10 second delay on the stream – which in future could allow legally problematic content to be edited out.

Only the judge was being filmed during sentencing to protect the privacy of victims, witnesses and jurors.

Lord Chief Justice of England and Wales, Lord Burnett of Maldon, hailed the move as a ‘very positive’ step in promoting open justice.

However, others questioned whether it went far enough and called for entire trials to be broadcast.

The judiciary is strongly opposed to the filming of whole trials over fears it would lead to witnesses refusing to attend and turn legal proceedings into soap operas like the recent court battle between Johnny Depp and Amber Heard.

Court proceedings have long been televised in some US states, with the trial of OJ Simpson for the murder of his ex-wife Nicole Brown and her friend Ronald Goldman viewed by a peak TV audience of 100m when the ‘not guilty’ verdict was announced.

The move to allow cameras in English court follows a change in the law in 2020, but implementation was delayed in the pandemic. The Ministry of Justice announced Oliver’s sentencing would become the first to be broadcast after Judge Munro agreed to a request by TV channels to be allowed access.

More than four hours later, she emerged from the property in Wembley, north-west London, with the suitcase appearing bulkier and heavier.

She also had with her a smaller bag full of Ms Chong’s financial documents, which were later recovered from Mitchell’s home.

After the was reported missing, Mitchell claimed she had gone to visit family friends ‘somewhere close to the ocean’ as she was feeling ‘depressed’.

In reality, Mitchell had decapitated Ms Chong and stored her remains in the garden of the house she shared with her retired mother in Willesden, north-west London, the prosecution suggested.

On June 26 last year, she stowed the body inside the suitcase in the boot of a hire car and drove to Devon.

Ms Chong’s headless body was found by holidaymakers beside a woodland footpath near the picturesque town of Salcombe the next day.

Following a police search of the area, Ms Chong’s skull was recovered a few metres away from the body.

A post-mortem examination found skull fractures which could have been from a blow to the head and broken ribs.

Experts said they may have been caused by the body being stuffed into the suitcase.

A search of Mitchell’s home uncovered Ms Chong’s fake will and personal papers.

The blue suitcase had been stored on the roof of a neighbour’s shed.

Although no forensic evidence was recovered from the suitcase, Ms Chong’s DNA was identified on a bloodstained tea towel in a pocket.

Jurors heard that Ms Chong had suffered from schizophrenia and was referred for help after writing letters to the then-Prince of Wales and prime minister Boris Johnson.

She met Mitchell through a church group and initially agreed to help her, but days before the murder backed out of bankrolling Mitchell’s building work urging her to sell up instead.

On her website, Mitchell had claimed she was ‘attuned to subjects in neuroanatomy, genetics and dissection of human cadavers’.

Following her conviction, Detective Chief Inspector Jim Eastwood, who led the investigation, said: ‘Mitchell has never accepted responsibility for Deborah’s murder so there are questions which remain unanswered.

He said: ‘The motivation for Jemma Mitchell’s actions was money and she showed a significant degree of planning and calculation as she attempted to cover up her horrific actions. The cold facts of this case are shocking. 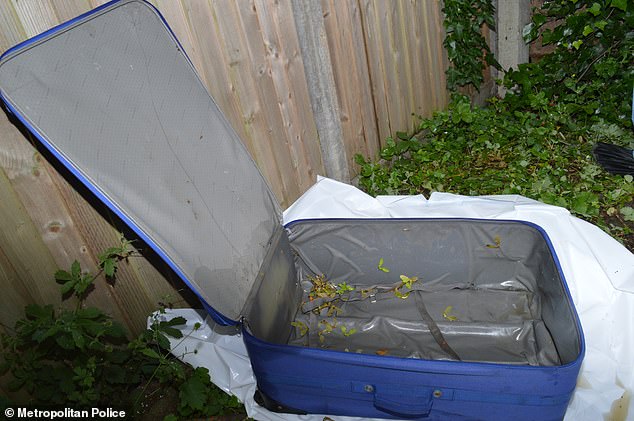 ‘Deborah Chong was a vulnerable lady– in the weeks before her murder, she was seeking help for her declining mental health.

‘However, Mitchell – so desperate to obtain the money she needed to complete the renovations on her house – sought to take advantage of Deborah’s good will, but when Deborah changed her mind, she callously murdered her and embarked upon an attempt to fraudulently obtain her estate.

‘Over the course of two weeks following Deborah’s murder we can only speculate as to what Mitchell did with the body and what her wider plan was.

‘The decomposition when the body was found was at such an advanced state that Mitchell may have begun to fear Deborah’s body would be discovered – whether this forced her into moving the body and why she chose Salcombe in Devon, we may never know.

‘However, what is clear is that Mitchell – seeing her chance to obtain the funds she so desperately desired disappear – decided to attack and murder a vulnerable lady for her own gain in a truly despicable crime.’