Police in Louisiana have arrested a man who they say attacked his ex-wife in front of her Louisiana home as she was leaving for work, hacking her to death with an ax.

Deputy Chief John Doran of the St. Bernard Parish Sheriff’s Office told reporters the deadly assault took place at 8am Wednesday in the 3100 block of Palmetto Street in Chalmette, a New Orleans suburb.

Deputies responding to a call about the attack found the woman, 48-year-old Kimberly Owens, critically injured. She later died at the scene. 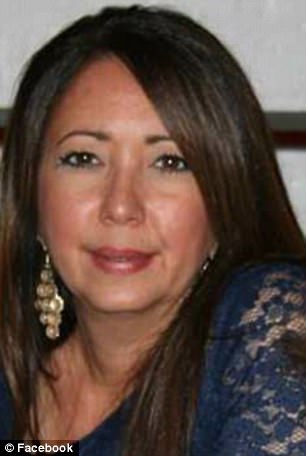 Domestic murder: Mark Owens (left), 56, faces a second-degree murder charge in grisly murder of his ex-wife of 10 years, 48-year-old Kimberly Owens (right), who was butchered with an ax outside her Louisiana home

Family members of the woman told deputies the ax-wielding killer was her ex-husband, who had a history of domestic violence.

The suspect, identified by the sheriff’s office as 56-year-old Mark Owens, had fled the scene before deputies arrived but later turned himself in.

He was being held at the St. Bernard Parish jail, facing a second-degree murder charge.

Parish Sheriff Jimmy Pohlman said at a press conference that they have reason to believe that Mark Owens may have been hiding under his ex-wife’s house and waiting for her to emerge from the house to go to work. 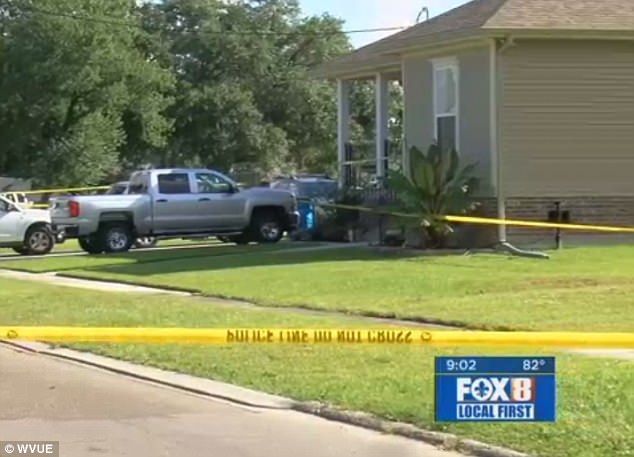 The attack took place  in the 3100 block of Palmetto Street in Chalmette, a New Orleans suburb (pictured) 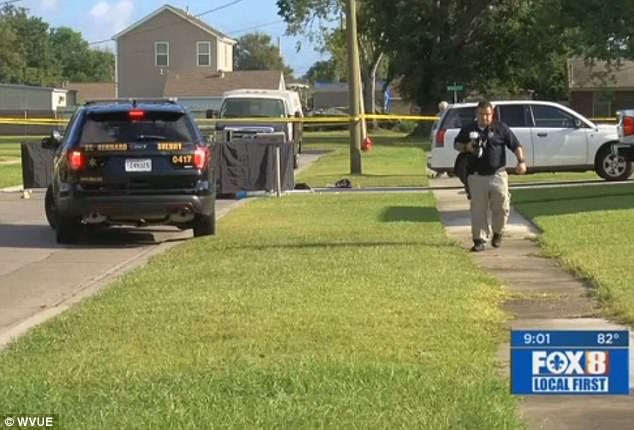 Ambush: Police believe Mark may have been hiding under his ex-wife’s house and waiting for her to emerge

According to her Facebook page, Kimberly Owens was employed as an accountant at IV Capital, a private investment firm founded by Sidney Torres IV, a millionaire businessman who is the star of CNBC’s new reality show The Deed.

Before slaughtering his ex-wife, Mark Owens allegedly tried to attack her elderly mother, but she was able to escape unharmed. 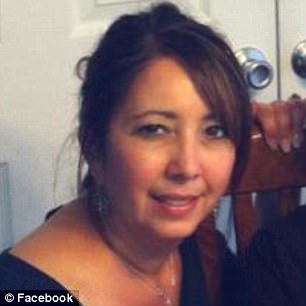 imberly’s mother witnessed the slaying and begged her former son-in-law to spare her life, but to no avail

The sheriff said Mark used a hatchet with a long handle to deliver numerous blows to Kimberly’s body as her mother pleaded with him to spare her life, according to Fox 8 Live.

The victim died from her injuries in the street before paramedics arrived on the scene.

Records indicate that in 2014, Owens was accused of threatening the president of the local parish because he suspected him of having an affair with his wife Kimberly, who was his employee at the time, even though she vehemently denied being unfaithful, reported The Advocate.

Owens reportedly tried to commit suicide by overdosing on pills, but survived; he was not charged with any crime in connection to his feud with the parish president.

That same year, the married couple separated after 10 years of marriage.

Then in 2015, Mark was arrested for a domestic incident involving his estranged spouse, in which he allegedly grabbed Kim and threatened her with a weapon. 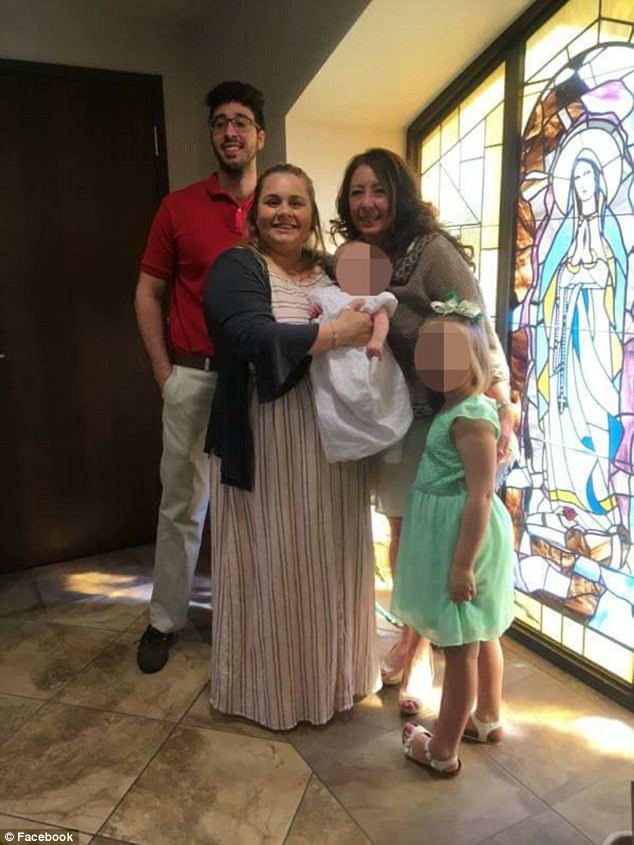 Kimberly Owens is survived by a son and stepdaughter (center, pictured with grandchildren)

Owens was charged with false imprisonment and battery, but avoided prison time by agreeing to enter a pre-trial diversion program.

Kimberly Owens leaves behind a son and stepdaughter, Theresa, who on Wednesday mourned the death of the woman she lovingly referred to as her ‘momma.’

Kimberly’s current employer, the wealthy investor Sidney Torres, released a statement on his Facebook page, describing the death of his ‘close friend and associate’ as ‘shocking and heartbreaking.’

He went on to write that Owens ‘was one of the kindest, most considerate people anyone could know. Kim was loving and loved by many. My heart is heavy, and I will miss her greatly.’