A seven-month-old baby girl has suffered ‘serious injuries’ and a woman is fighting for her life following an ‘assault’ at a house near Dudley.

Armed officers and ambulance crews rushed to the property in The Leasowes, Tipton, at around 12.30am today after a woman and baby both suffered serious injuries.

The 37-year-old woman, who was in a critical condition, is currently being treated for a stab wound to her hand and the infant, who is in a serious condition, is in hospital with multiple injuries.

Following the incident, a 32-year-old man was arrested by armed officers from the property on suspicion of attempted murder.

Ambulance crews and West Midlands Police were called to the property in Tipton, Dudley, at around 12.30am today 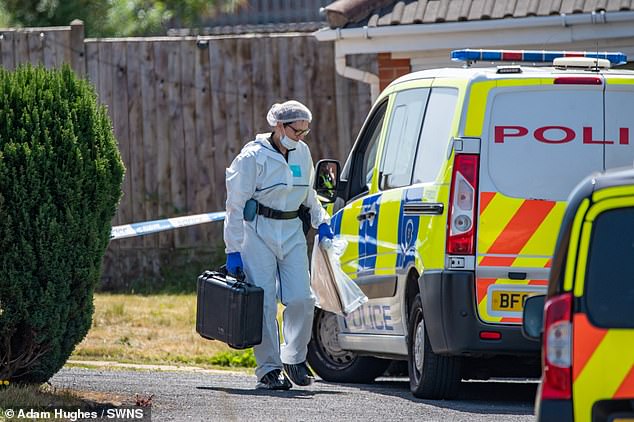 A West Midlands Police spokesperson said: ‘We were called to a domestic incident on Mansion Drive in Tipton just before 12.30am this morning (Thursday 28 May), where a woman and baby had both suffered serious injuries.

‘A 32-year-old man was arrested by armed officers from the property on suspicion of attempted murder and remains in police custody.

‘A 37-year-old woman is currently in hospital in a stable condition to be treated for a stab wound to her hand, along with her seven-month-old baby who is in a serious condition, having suffered multiple injuries. Officers are not searching for anyone else in relation to this incident.

‘Enquiries continue and anyone with information is asked to contact DI Tim Draper via Live Chat at west-midlands.police.uk between 8am and midnight, quoting log 70 of 28 May. Crimestoppers can be called anonymously on 0800 555 111.’

Earlier today, a police cordon was placed around the house as forensic teams examined the area.

A spokesman for West Midlands Ambulance Service said: ‘We were called by the police at 00:29am to an assault at a property in The Leasowes in Tipton. 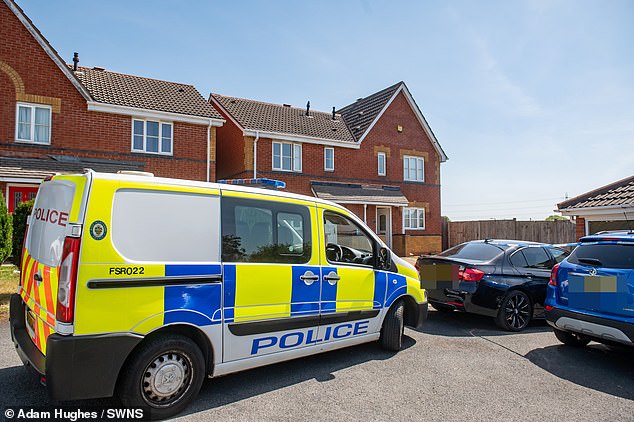 ‘We sent two ambulances, a paramedic officer and a BASICS doctor to the scene. We treated a woman, who was in a critical condition, at the scene before taking her on blue lights to hospital.

‘Crews also treated a baby girl for potentially life threatening injuries before taking her on blue lights to hospital for further treatment.’