The France international signed a five year deal with the Catalan giants in 2019 but could return to his former club this summer after failing to live up to expectations.

With Griezmann likely to leave this summer, Barcelona are trying to use his departure to their advantage by instigating a swap deal with Felix –  who actually replaced the 30-year-old at Atletico two years ago.

According to TV3, both players are paid similar wages – making the potential swap financially viable.

In addition, it is believed Jorge Mendes’ role as Felix’s could help push a deal over the line this summer.

Barcelona are eager to add Felix their ranks and play him alongside the likes of Lionel Messi and Ansu Fati next season. 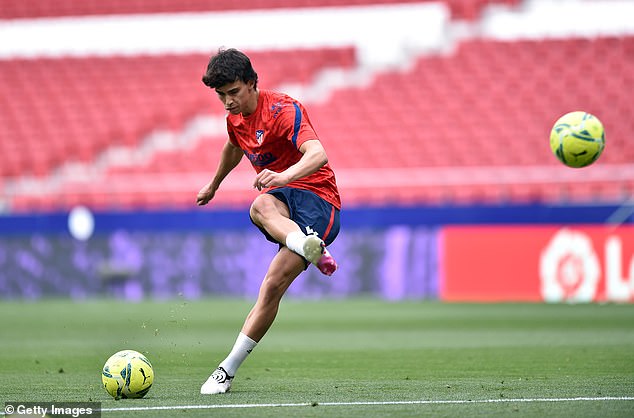 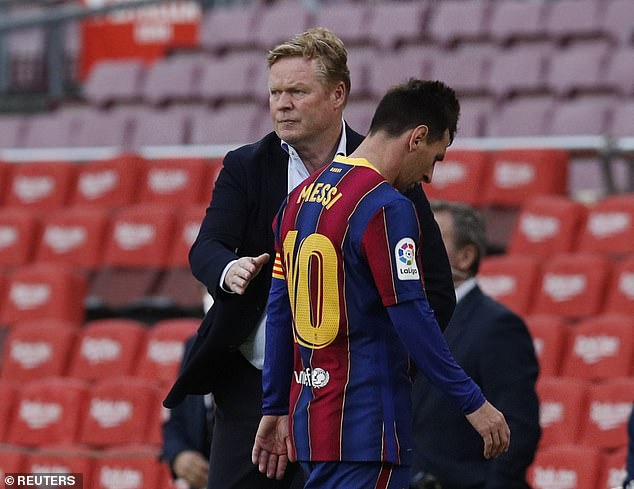 However, Diego Simeone is adamant that the Portuguese forward still has a role to play at the club despite not playing a full game since their 2-0 Champions League defeat to Chelsea in March.

He said: ‘We hope that when Joao Felix is involved, he will give us what he can and show how important he is.

‘The team needs him.

‘As for Luis, we are now entering Suarez territory. It is the ideal time for a footballer like him to find the solutions to what we might encounter. He’s used to this kind of game.’

As it stands, Felix has scored just 13 league goals and registered six assists during his two year spell in the Spanish capital. 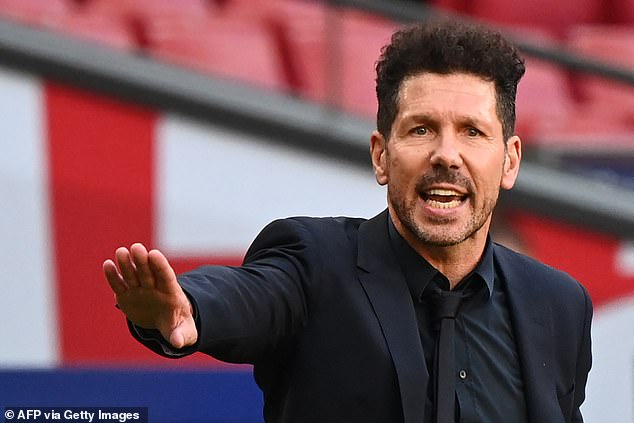 However, Diego Simeone is adamant that the forward still has a role to play at the club

Neverthless, Barcelona believe he would be a good addition to the squad and feel like he would be perfect replacement for Griezmann.

Griezmann has failed to live up to expectations since his arrival at the club and fell out of favour under under Ernesto Valverde and Quique Setien.