Niko Kovac felt his side were deserved winners as Bayern Munich claimed a comfortable victory over Hoffenheim in his first Bundesliga match in charge of the defending champions.

The Croatian – who has already led the six-time German champions to DFL-Supercup glory – delivered his side’s first league win with a 3-1 victory at the Allianz Arena.

Thomas Muller needed only 23 minutes to give Bayern the lead, before Adam Szalai equalised 12 minutes into the second half.

Kovac was forced to introduce Arjen Robben after Kingsley Coman left the game to injury and, after Robert Lewandowski’s penalty, the Dutchman secured all three points in the 90th minute.

Speaking after the match, new manager Kovac praised Hoffenheim for a ‘decent job’ but was overall satisfied to get his team’s bid for a seventh title off to a winning start.

‘It was an entertaining match, and it was a deserved victory, even by this margin. But it wasn’t as clear-cut as the scoreline suggests,’ he said in quotes published on the club’s official website.

‘Hoffenheim did a decent job, especially between the 46th and the 70th minute. We failed to find solutions then.

‘It’s always important to have a good start to the season. We were dominant in the first half and allowed them few chances. The last 20 minutes of the second half were OK too.’ 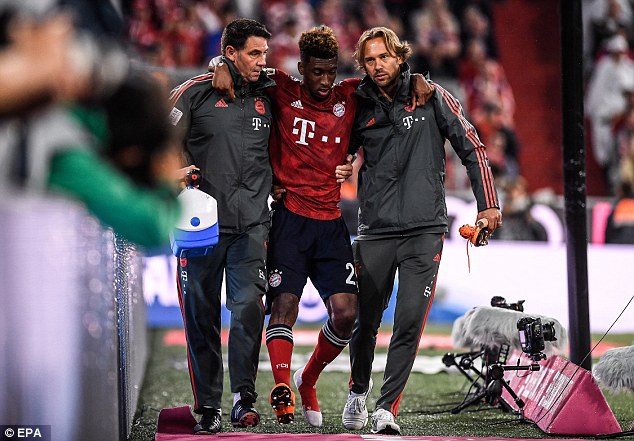 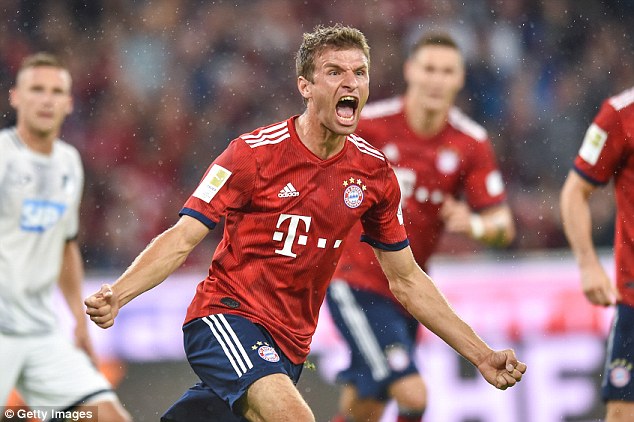 ‘We didn’t play as we had planned in the first half. We didn’t play boldly, we didn’t have enough possession, so we had to chase the ball,’ he said.

‘We deservedly conceded the opener. We were much bolder then and put Bayern under enormous pressure. Bayern weren’t in control in our half any longer. Then we saw frantic 20 minutes. Taken altogether the victory wasn’t undeserved.’

Bayern announced after the game that Coman would be sidelined for ‘a number of weeks’ after suffering an ankle injury.

The winger came off after a heavy tackle from Nico Schulz just before half-time and requires surgery for a ligament tear, the same problem that caused him to miss large chunks of last season. 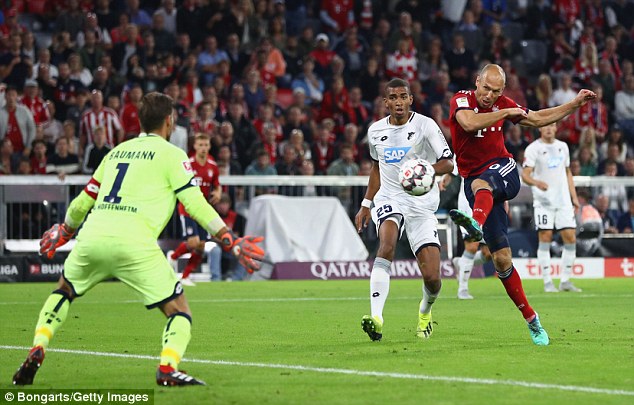