‘New talent’ does not necessarily mean ‘young talent’, especially when it comes to the BBC, says the head of its factual department, Alison Kirkham.

If we cast our minds to the world of factual television, who are its biggest stars? She asks.

‘It’s David Attenborough and Mary Berry. And I think society for too long hasn’t revered experience or wisdom,’ she says.

‘But I always say, in the specialisms when we’re thinking about new talent: who’s the 70-year-old that we haven’t discovered yet?’

TV producers are seemingly realising that older stars can be a hit with young people.

Taking Sir David and Marry Berry, who are 91 and 82 respectively, as an example, their fan bases have no specific age group.

Kirkham adds: ‘Mary Berry has a huge young following. Planet Earth II had a bigger 16-34 audience than The X Factor.

‘Sometimes there are preconceived notions that in order to appeal to a young audience it’s got to be youth TV, and it was demonstrated with something like Planet Earth that when you make brilliant programming and get a big audience, a lot of it will be young.’

Tomorrow is the launch of Blue Planet II, narrated by Sir David Attenborough.

It is Kirkham’s ‘blue-chip’ landmark series, and ratings are expected to be high.

She says the second edition is ‘Blue Planet for the next generation’, showcasing what the latest technology is capable of in the natural world.

There could be a repeat of last season, with scenes from the programme being so loved by their audiences they go viral on social media, like that plucky little iguana escaping from racer snakes in Planet Earth II.

And that was not just any old viral video, it also won Bafta’s Best TV moment award. 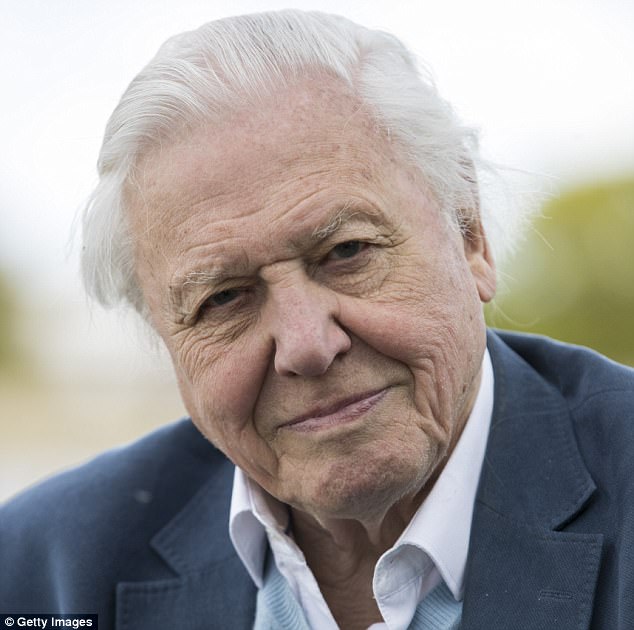 Kirkham mentions the change in the way people are watching TV, increasingly on smartphones and tablets on public transport.

She tells the newspaper:  ‘People aren’t even watching it with audio, so you need subtitles to be on screen. It’s just different behaviour and that’s exciting.

‘But I don’t think the age of linear is dead. Look at the audiences we’re bringing to Planet Earth, to Rio Ferdinand, to the Antiques Roadshow Holocaust edition – people still want that event television, and with BBC One our ambition is to bring the nation together around these universal moments.’

Kirkham’s CV is undoubtedly impressive. Starting with the BBC Radio 4’s Today programme, she then moved onto ITV’s This Morning and I’m a Celebrity…Get Me Out of Here!

She was appointed controller of the factual department in September last year.

Next year, she told The Telegraph to expect more ‘schedule-interrupting’ 90-minute documentary films.

She says: ‘I want that moment where you surprise the audience with something of real ambition and scale, signalling: this is something special, come to it.’

By that she means the recent Diana documentary and a forthcoming film about heart transplant surgery.

Her other new announcements include a documentary commissioned in the wake of the Grenfell disaster about the disparity between the rich and poor living in the London Borough of Kensington.

We can also expect films about the Suffragettes and dementia.

But there will be fewer three-part series, possibly because it’s difficult for them to hold viewers’ attention.

She adds: ‘There was a time when it felt like there were a lot of three-parters that were all good on their own terms but perhaps were more missable.’ 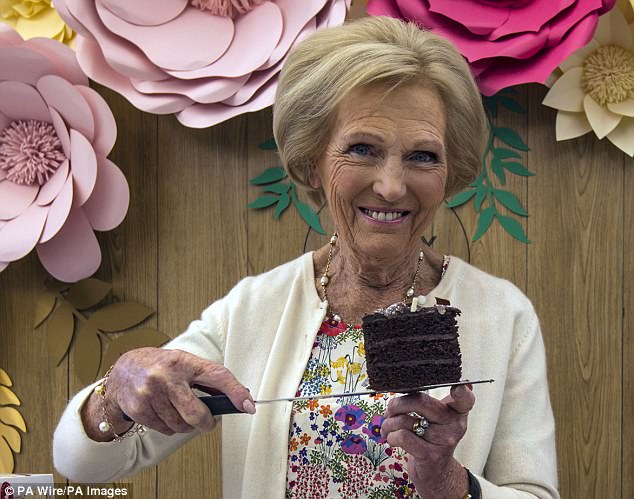 Former Great British Bake Off host Mary Berry (pictured), 82, may have left the BBC programme when it moved to Channel 4, but is still a hit with viewers, says Kirkham

The Suffragettes film will be presented by Lucy Worsley – who seems to be on our screens more often than news or weather presenters.

In the past year she has been on screen guiding us through opera, the court of Elizabeth I, the private life of Jane Austen and the wives of Henry VIII, and before that she was sharing her expertise on the Romanovs, Versailles, Mozart, Blackpool, the WI, the Georgians and the art of horse dancing.

But Kirkham says there is still more Worsley gold left to come.

She says she is the ‘perfect person to do Suffragettes’, adding: ‘Lucy is much-loved and brilliant at what she does, and there’s absolutely a place for her within our history content.’

She also points out that other history presenters are on the BBC’s books, including David Olusoga – one of several black and ethnic minority faces hired in recent years, along with Nikki Fox on Watchdog and Dr Zoe Williams on Trust Me, I’m A Doctor.

Kirkham feels ‘really, really strongly’ that on-screen talent has to be diverse ‘whether or not that is ethnic diversity or socio-economic background or gender.’

She says: ‘We have to reflect Britain back to itself. And we don’t want diverse voices consigned to talking about diverse issues.

‘To have people like Nadiya Hussain on the channel or Anita Rani presenting Countryfile – not only is it incumbent on us, but it benefits our content.’ 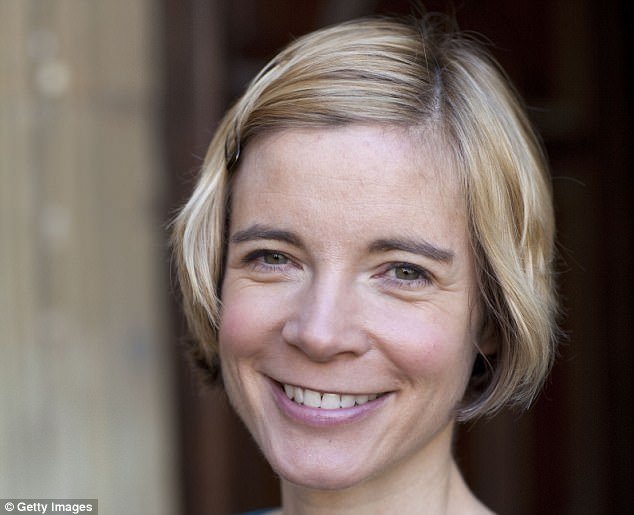 The factual director was also keen to defend the corporation against criticism that too much of its history programming is for unseasoned historians.

She adds: ‘We have to cater for different bits of the audience.

‘It might be that they love Mary Beard and find Back In Time For Dinner too frivolous – that’s fine.

‘But it’s a universal licence fee and I don’t think we should only be making specialist programmes for one bit of the audience.’

Commenting on the loss of The Great British Bake Off, who’s move to Channel 4 has been hailed a roaring success by many, she is keeping positive.

She says: ‘You always want room to innovate and we’ve certainly got that now. We’ve got slots and money to innovate with.’

The Big Family Cooking Showdown, hosted by Bake Off winner Nadiya Hussain and Zoe Ball, is being touted as the BBC’s new answer to GBBO.

But Kirkham denied it is a derivative, saying: ‘It was a really charming show that embraced the diversity of cultures in Britain, that celebrated families together, that got into people’s homes. So I think it was different.’

She does not reveal if it’s being commissioned for a second series, but also fails to refer to it in the past tense.

She wants to make families more prominent across the shows she takes charge of.

She tells the newspaper: ‘I don’t think we see families enough together.

‘There’s something incredibly moving about seeing people who love each other together on screen.’

Tomorrow night she will be closely following the reaction to Blue Planet II on social media, saying:  ‘No one goes on forever but if anyone could you would hope it were David Attenborough, and he’s showing no signs of slowing down.’