Medics gave Belgian Prime Minster Sophie Wilmès a cold reception on Saturday, turning their backs on her one by one as she arrived to visit a hospital amid the covid-19 pandemic.

Wilmès was making an unofficial visit to the Saint-Pierre Hospital in Marollen, Brussels when she arrived to find her motorcade greeted by rows of medics with their backs turned towards her in protest.

A video of the poignant protest by nurses and doctors, turning their backs one by one as Wilmès arrives in a Mercedes Benz, has been widely shared online.

The silent protest by doctors, nurses and paramedics at the hospital was made in response to the Prime Minister’s handling of the covid-19 pandemic. 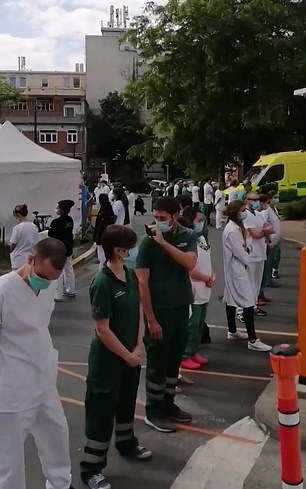 The protest was made by medics in Saint-Pierre Hospital in Marollen, Brussels, on Saturday, in response to the Prime Minister’s handling of the covid-19 pandemic

A royal decree, prepared by health minister Maggie De Block and signed into law on May 4, allows untrained staff to work as nurses, leaving the medical profession ‘outraged’ at the disregard for nurses’ essential skills. 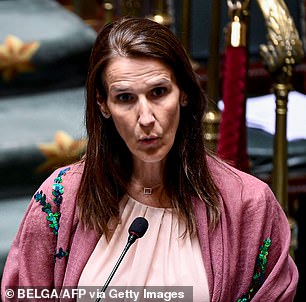 Doctors and nurses from twelve hospitals in the country have written to government calling for the decree to be repealed, reports The Brussels Times.

The General Union of Belgian Nurses called the decree ‘a real slap in the face’, as it suggested that nurses’ were not highly trained and their skills were transferable, reports The Independent.

Wilmès was reportedly making the visit to ease tensions following the decree.

Speaking to Belgian broadcaster RTBF on the day of the visit Wilmes said she had wanted to share a ‘message of appeasement’ and did not want to see the nursing sector ‘reduced to what it was before’ after coronavirus has passed. 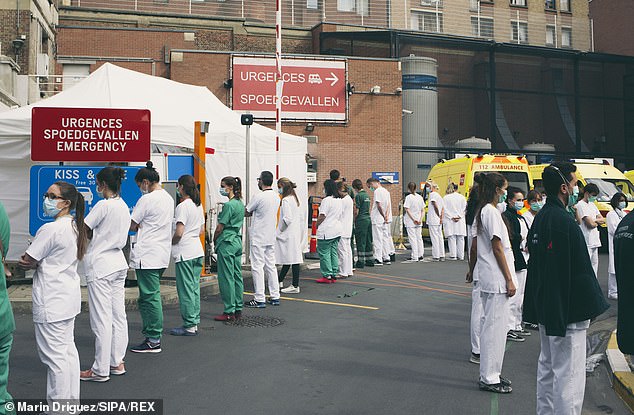 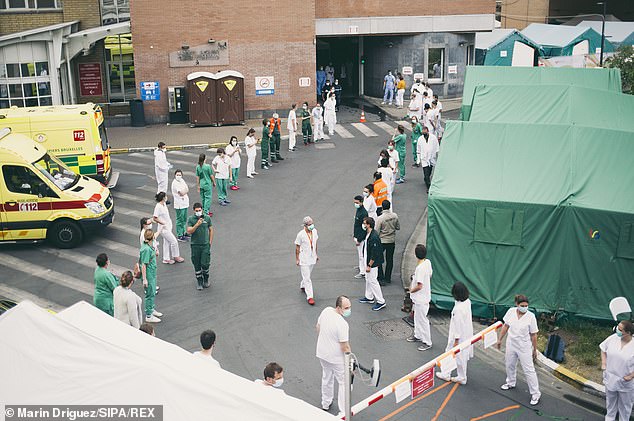 Medics turned their back towards the politician on her arrival. The country has reported over 9,000 Covid-19 deaths. May 16 2020 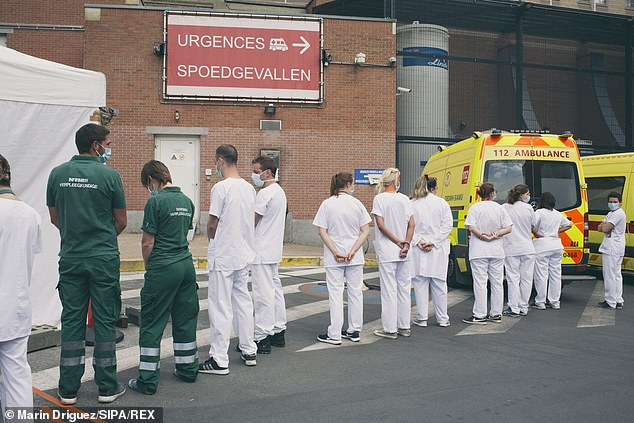 Workers at the hospital, who feel the decree to employee unqualified staff as nurses has undermined their efforts during the pandemic

But workers at the hospital, who feel the decree has undermined their efforts during the pandemic, stood in silent protest.

The Prime Minister went on to visit a second hospital on Saturday, where she was not met by protest, say reports.

Belgium is expected to reopen schools, markets and other cultural activities this week after spending two-months in lockdown.