Bernie Sanders, 77, launches second presidential run with all-out assault against Trump as ‘a pathological liar, a fraud, a racist, a sexist’ and becomes voice of socialists in 2020 field

Vermont Senator Bernie Sanders launched his second campaign for president on Tuesday with an all-out assault against Presidnet Donald Trump, entering an already crowded field in the hope of improving on his second-place finish to Hillary Clinton in 2016.

‘You know as well as I do that we are living in a pivotal and dangerous moment in American history,’ the 77-year-old said in a more than 10-minute-long launch video.

‘We are running against a president who is a pathological liar, a fraud, a racist, a sexist, a xenophobe, and someone who is undermining American democracy as he leads us in an authoritarian direction.’

Sanders called for 1 million Americans to help him turn Trump into a one-term president.

‘We’re gonna win,’ he said on the ‘CBS This Morning’ program. ‘We are going to also launch what I think is unprecedented in modern American history and that is a grassroots movement.’

Bernie Sanders will run for President in 2020, telling CBS News on Tuesday that he’ll continue pressing the ‘political revolution’ he began in 2016 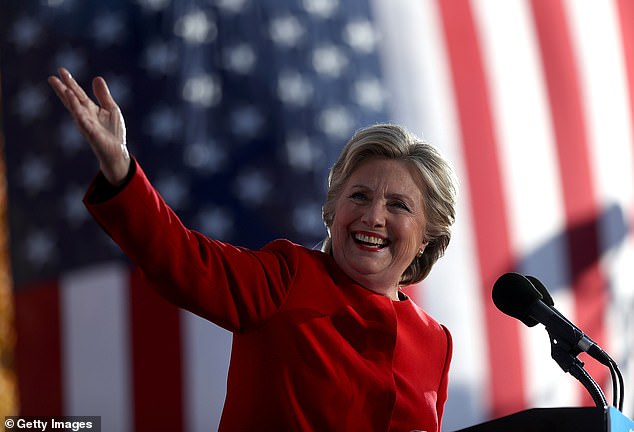 Republican National Committee spokesman Michael Ahrens sniffed in a statement taht Sanders ‘is a self-avowed socialist who wants to double your taxes so the government can take over your health care.’

‘The vast majority of voters oppose his radical agenda, just like they are going to oppose all the 2020 Democrats who have rushed to embrace it.’

In an email to supporters, Sanders said his democratic socialist ideals, including socialized medicine and upper-income tax hikes, were considered ‘”radical” and “extreme”‘ in the last election cycle but are gaining broader acceptance.

‘Three years have come and gone. And, as result of millions of Americans standing up and fighting back, all of these policies are now supported by a majority of Americans.’

‘Together, you and I and our 2016 campaign began the political revolution. Now, it is time to complete that revolution and implement the vision that we fought for.’

Sanders was expected to be an asterisk in the 2016 Democratic presidential primary field, but mounted a serious enough challenge to Clinton that Democratic Party leaders propped her up internally.

Debbie Wasserman Schultz, a Florida lawmaker, was forced to resign her party chairmanship after leaked emails showed her conspiring with the Clinton campaign to sabotage Sanders.

But Sanders’ unlikely campaign struck a chord with party rebels tired of what they termed the ‘swamp’ of established Washington politicians. 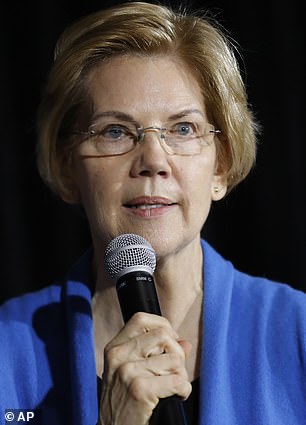 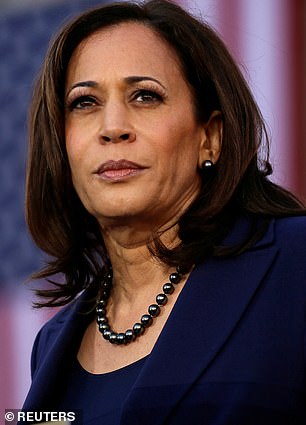 The Democratic Party’s presidential candidates will debate in the summer. Seen above are Senators Elizabeth Warren from Massachusetts (left) and Kamala Harris from California (right) 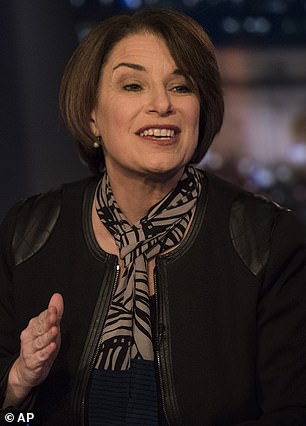 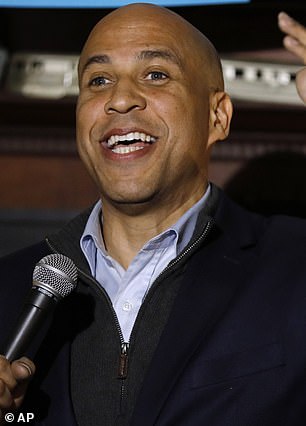 Minnesota Senator Amy Klobuchar (left) entered the 2020 presidential race as a moderate Democrat in a crowded field of liberals. New Jersey Sen. Cory Booker of New Jersey (right) is also in the race

He continued his anti-Trump messaging in an interview with Vermont Public Radio, saying that ‘the current occupant of the White House is an embarrassment to our country.’

He claimed the president ‘is gaining cheap political points by trying to pick on minorities, often undocumented immigrants.’

Former Vice President Joe Biden is reportedly considering a run. And Hillary Clinton has not signaled that she is closing the door on the idea.

First-term congresswoman Alexandria Ocasio-Cortez, 29, has become the standard-bearer for Sanders’ brand of populism that they both refer to as ‘democratic socialism.’

She is too young to run for president, under the rules laid out in the U.S. Constitution.