President Joe Biden is looking to set up an emergency direct hotline with the Chinese government to reduce conflict between Washington and Beijing, a Wednesday report revealed.

The rapid communication tool with the Chinese Communist Party (CCP) would be similar to the ‘red phone’ – a phone line established between the U.S. and Soviet Union during the Cold War to avoid nuclear attacks.

The idea of a direct line has not yet been formally proposed to Chinese President Xi Jinping, two sources familiar with early conversations told CNN.

A hotline, the sources detailed, would allow Biden and other top national security and Defense Department officials to send encrypted messages or phone calls to Xi and his team.

The device would allow the U.S. and China to share urgent information with each other, like military movements or warnings of impending cyber attacks.

News of plans for a hotline comes as tensions between the two nations continue to heighten. 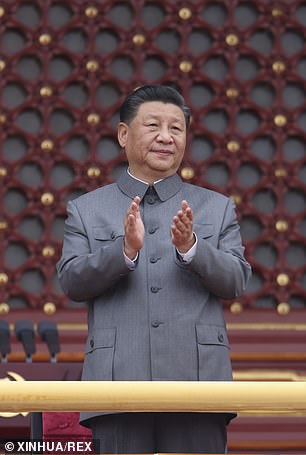 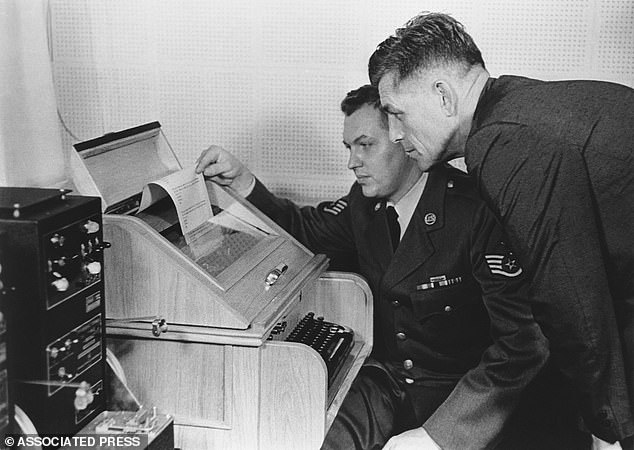 The hotline would be similar to the so-called ‘red phone’ emergency line between the U.S. and Soviet Union established during the Cold War to avoid nuclear war

In the most recent turn of events, the State Department on Monday again accused the CCP of genocide and crimes against humanity in its repression of Uyghurs in the Xinjiang region.

Hours earlier, a U.S. ship entered disputed waters in the South China Sea, causing even more discontent from the CCP.

While a hotline with Beijing already exists at the Pentagon, the communication tool meant to exclusively relay military matters is rarely used.

‘We do have a hotline. It’s known to have, the couple of times we’ve used it, just rung in an empty room for hours upon hours,’ Senior National Security Council Indo-Pacific Coordinator Kurt Campbell said earlier this year during a conversation about US-China diplomacy and Taiwan.

The so-called ‘red phone’ to the Kremlin was established in 1963, but the actual device was never a physical red-colored telephone or even a phone line in general.

Rather, the hotline, when first implemented during the Soviet-era, was Teletype equipment. In 1986 shifted to fax machines. Since 2008, the emergency hotline between Washington and Moscow has been hosted on a computer link where messages are exchanged over a secure email.

A similar sort of set up with China has been in the works since at least Barack Obama’s presidency. The idea, however, just started to come to fruition in the final year of Donald Trump’s term in the form of a national security memo, a source familiar with the communication said.

State Department and National Security Council officials are looking into how the device would work in the technical sense – and it’s still unclear whether the CCP would agree to implement it.

The plan is still in its infancy, however, and the Biden administration still has several details to work out until a hotline is proposed to Xi.

The biggest issue with rapid communication appears to be with the top-down nature of the CCP political system, mainly that most contact lower than leader-level is disincentivized.

On Monday, the State Department released a report where it claimed China is one of the six places in the world where crimes against humanity are being committed or are at risk of happening.

In the report on genocide prevention, the U.S. agency listed imprisonment, torture, enforced sterilization and persecution among Beijing’s crimes against Uyghurs in the Xinjiang region

The public accusations further ramp up tensions, on the same day the CCP claimed it ‘drove away’ an American warship and accused President Biden of ‘provocative actions’ after the destroyer sailed in the South China Sea.

‘These places represent some of the toughest foreign policy challenges on our agenda,’ he added. ‘And we’ll keep working toward resolutions that reflect our commitment to human rights and democratic values.’

The report was launched amid fresh geopolitical muscle flexing.

And just hours before its release, the USS Benfold, a guided-missile destroyer, entered disputed waters in the South China Sea near the Paracel Islands.

China claims the islands, and the surrounding waters, as its territory although this is not internationally recognized.