Millionaire comedian Bill Cosby will likely see his entourage of aides replaced by an inmate paid pennies to help the legally blind convict navigate life behind bars after he is sentenced for sexual assault.

Cosby, 80, faces up to 30 years in prison when he is sentenced in the next three months for drugging and raping Andrea Constand, 45, in 2004 at his sprawling compound outside Philadelphia. He is appealing the verdict, which could potentially delay his imprisonment for months or even years.

Should he eventually receive prison time, the disgraced ‘America’s dad’ of The Cosby Show fame will become probably the best-known celebrity to hear the gates of the Pennsylvania Department of Corrections shut behind him, according to a department spokeswoman, Susan McNaughton.

What comes next? Bill Cosby will likely see his entourage of aides replaced by an inmate paid pennies to help the legally blind convict navigate life behind bars 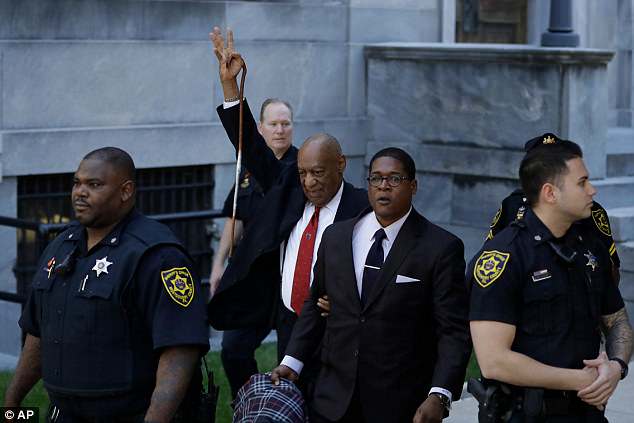 Guilty: Cosby departs after his sexual assault trial ended with a guilty verdict on  Thursday at the Montgomery County Courthouse in Norristown, Pennsylvania 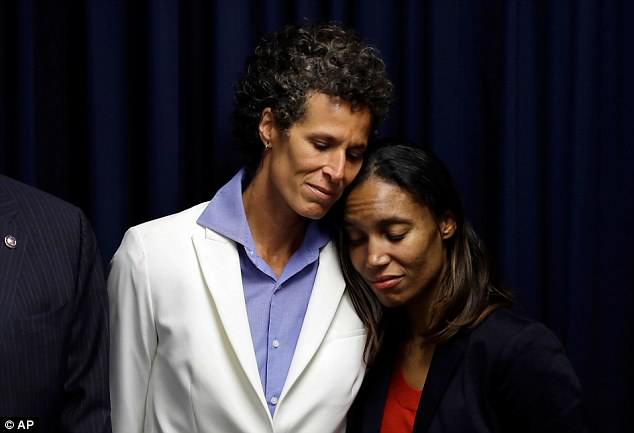 She said previous and current high-profile inmates have included legislators, ex-police officers and Jerry Sandusky, a former Pennsylvania State University football coach convicted in 2012 of being a serial child molester.

Incarceration will be a stark change for the comic, whose net worth was estimated in 2016 by Fortune magazine at $400million, with $100million invested in real estate, including homes in New York, Massachusetts and Nevada. He also owned a private jet, artwork and dozens of classic cars.

Once Cosby arrives behind bars, he will face an ‘incarceration reception process’ to determine his healthcare and psychological treatment needs, his security level, and to which of 22 male prisons he will be sent.

To help Cosby acclimate to prison life, the Department of Corrections might assign one of its 500 trained peer support specialists to the task, reported TMZ.

He will be one of just 83 inmates aged 80 or older, and one of very few who are legally blind, McNaughton said.

Such prisoners are typically paired with a sighted inmate, who is paid just 19 to 42 cents an hour, to assist them and lead them through the facility. 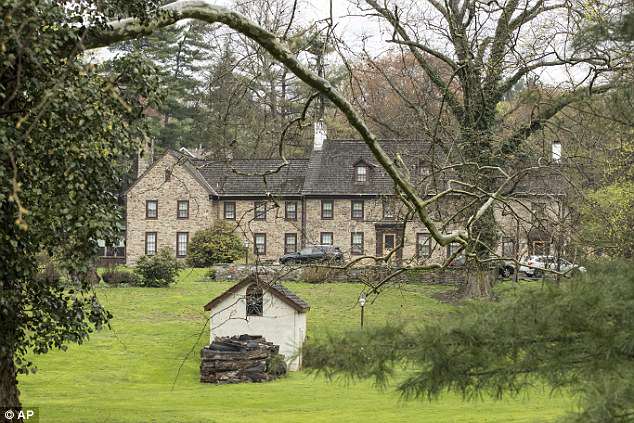 Lavish: Cosby is being held under house at his Philadelphia mansion pending his sentencing, which is expected to take places within three months 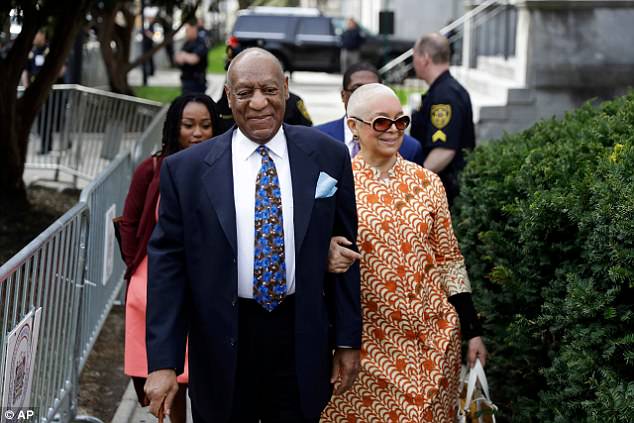 Cosby, pictured with wife Camille, could be paired with a sighted inmate, who is paid just 19 to 42 cents an hour, to assist him and lead him through the prison

‘Certainly Mr. Cosby would be fine,’ she said. ‘Of course they (the inmate assistants) are screened, and there is a lot of monitoring and supervision.’

Depending on the state of his health at the time of incarceration, Cosby could be lodged in special-needs cell where daily essentials would be delivered to him.

Because of his celebrity status and the high-profile nature of his case, corrections officials might decide to assign additional security to the prison.

Like most inmates, Cosby will likely be allowed to receive and send emails, which are also screened for security purposes. Most inmates use prison-approved tablet computers.

‘No drugs or contraband or influence of escape,’ McNaughton said. ‘If it clears through the mailroom, it’s delivered to the inmate.’

Cosby is being held under house at his Philadelphia mansion, where wife Camille remains by his side. His publicist has declared his conviction a ‘public lynching.’

‘This is what they wanted,’ Cosby told the New York Post’s Page Six after his conviction. He referred to prison as ‘that place.’