The 27-year-old, who is also an up and coming actress, took to Instagram on Saturday to make the announcement by sharing a cute clip of the engagement.

The two women were seen canoodling in a river before Zara excitedly put her hand to the camera showing a large diamond ring.

‘She makes heaven a place on earth,’ heiress Sophia captioned the clip, along with a ring emoji and the date ‘21.4.22’.

The women were then seen kissing and twirling around with each other before popping a bottle of champagne together to celebrate.

In later portions of the clip, Sophia and Zara were seen smiling and laughing as they sat down to dinner with a group of their friends. 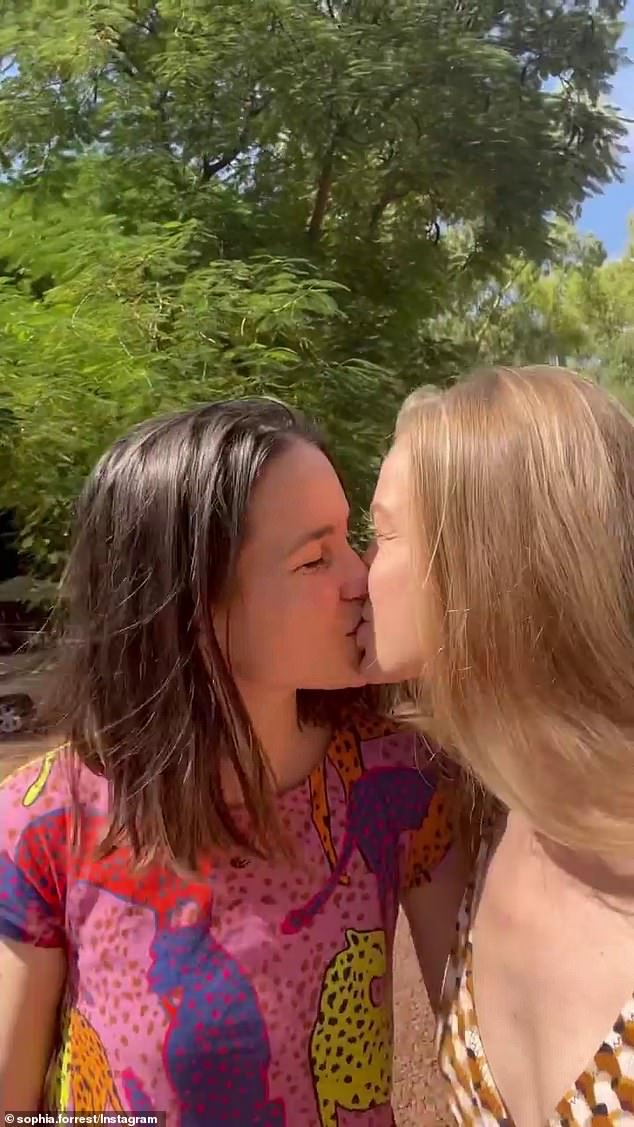 Sweet: ‘She makes heaven a place on earth,’ heiress Sophia captioned the clip of the engagement, along with a ring emoji and the date ‘21.4.22’ Pictured: Zara and Sophia 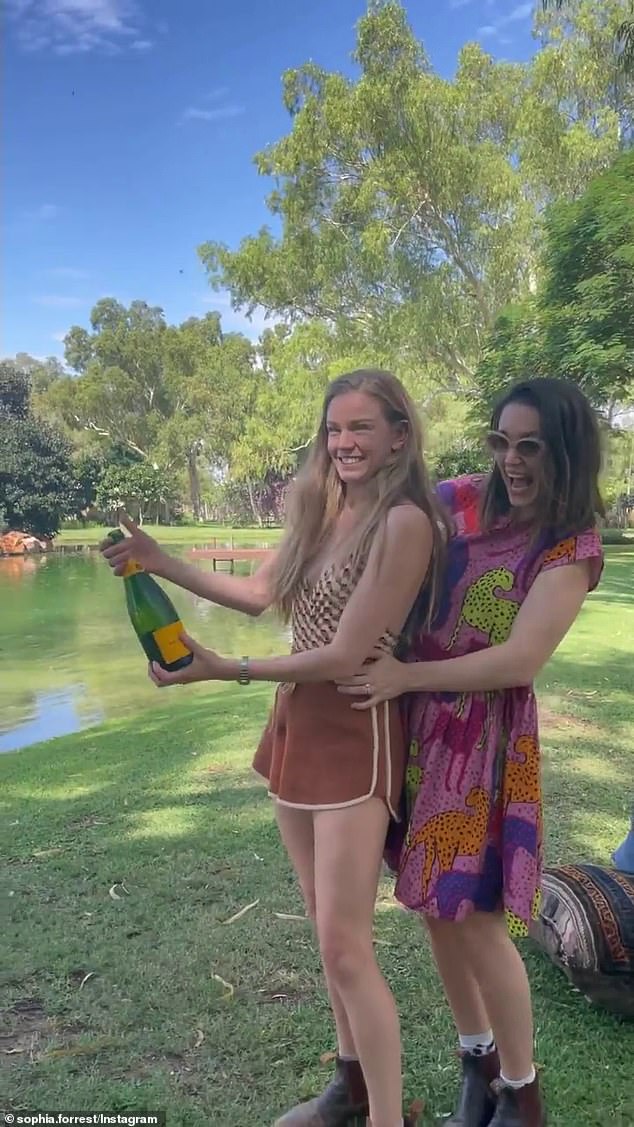 Celebration: The women were then seen kissing and twirling around with each other before popping a bottle of champagne

The final part of the clip showed Sophia, Zara, father Andrew and wife Nicola all lifting their glasses to cheers the happy couple.

A number of the women’s famous friends, including Hollywood stars Kate Walsh and Katherine Langford, offered their well-wishes following the announcement. 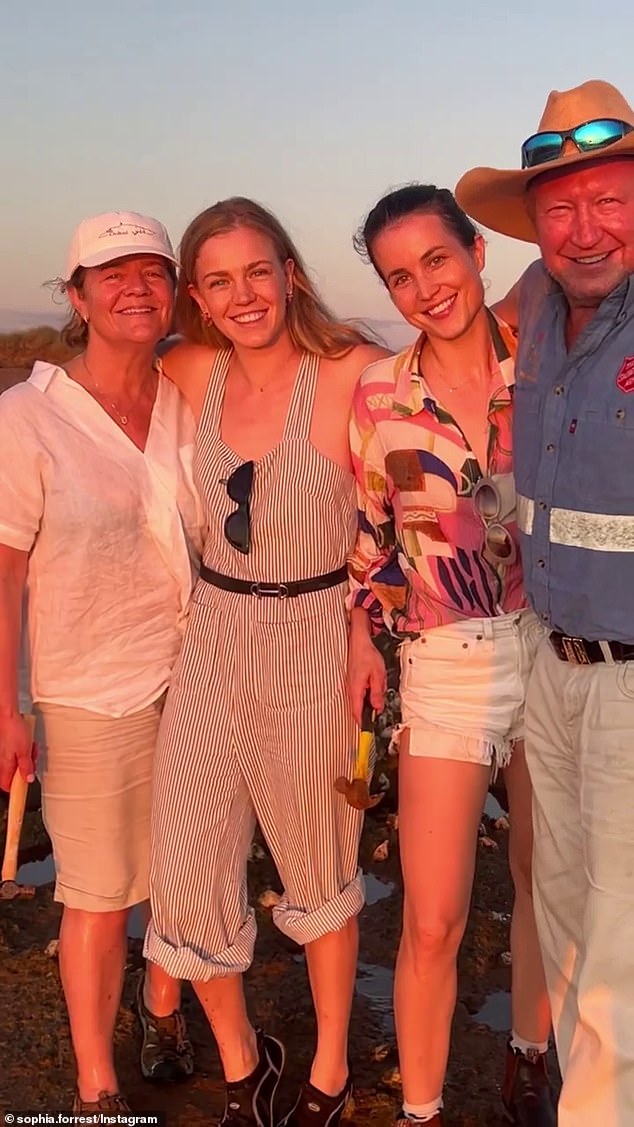 ‘CONGRATULATIONS!!! I’m so happy for you both,’ actress Karina Banno added.

Sophia is a rising star in the acting world after roles in Ride Like A Girl and ABC show, Barons. She also appeared in LoveChild and the 2018 film, Aquaman. 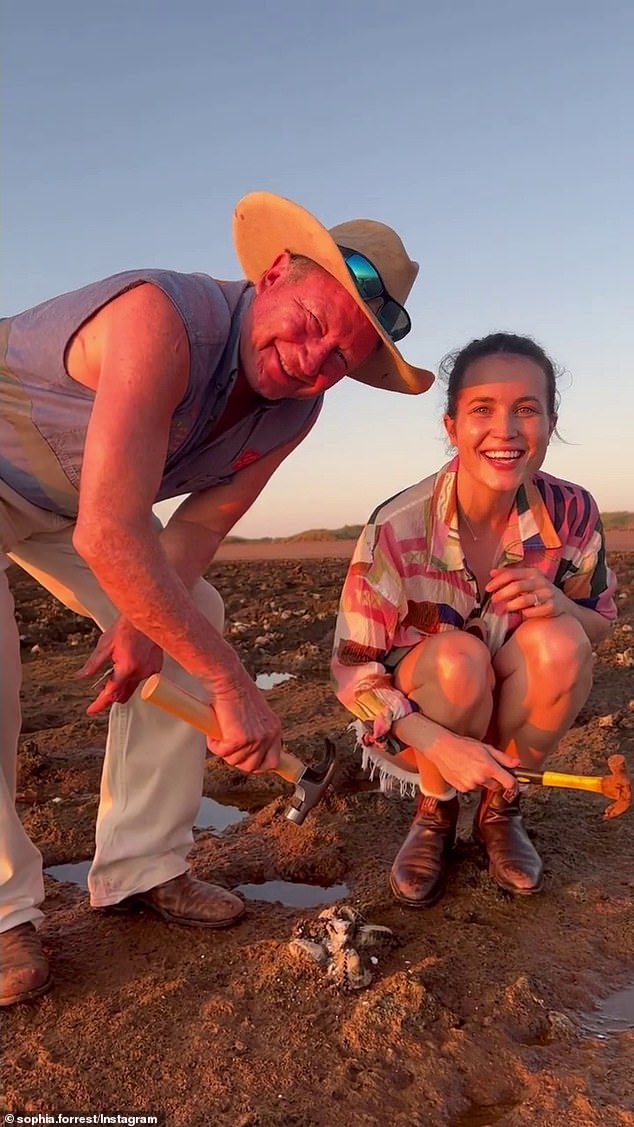 In-laws: Billionaire Andrew (L) was seen alongside Zara (R) posing with a hammer at one point

The couple met on the set of Ride Like a Girl and have been dating for the past two years. The often share their love story on Instagram.

Sophia has spoken openly about LGBT+ issues including the representation of them onscreen, including to Stellar earlier this month.

Speaking about her ABC show Barons, she said she was happy the series had allowed for LGBT people to connect with her character, after she grew-up with same-sex love stories rarely told in mainstream TV shows. 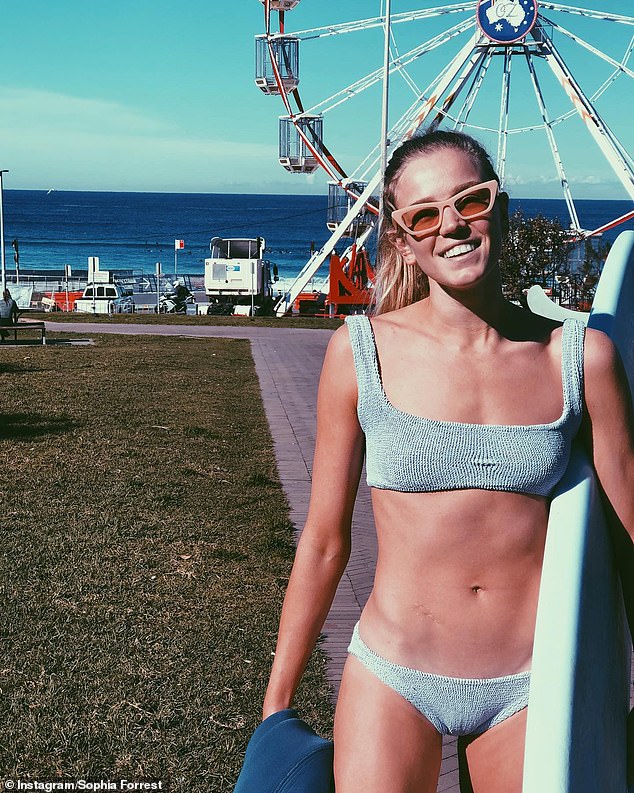 Outspoken: Sophia has been open about LGBT issues, telling Stellar of her Barons TV Show: ‘If you’re constantly watching heteronormative storylines, you can’t connect with, maybe a queer storyline that could help you understand who you are’

‘You can’t know what you can’t see,’ Sophia, who portrays Dani Kirk on the show, told the publication.

‘If you’re constantly watching heteronormative storylines, you can’t connect with, maybe a queer storyline that could help you understand who you are,’ she added.

Andrew and Nicola have three children: Grace, Sophia and Sydney.

The businessman has previously stated they will not be left his $23 billion fortune.

Sophia is currently based in Sydney but is thought to have grew-up on the family’s 230,000-hectare cattle station in Minderoo, Perth. 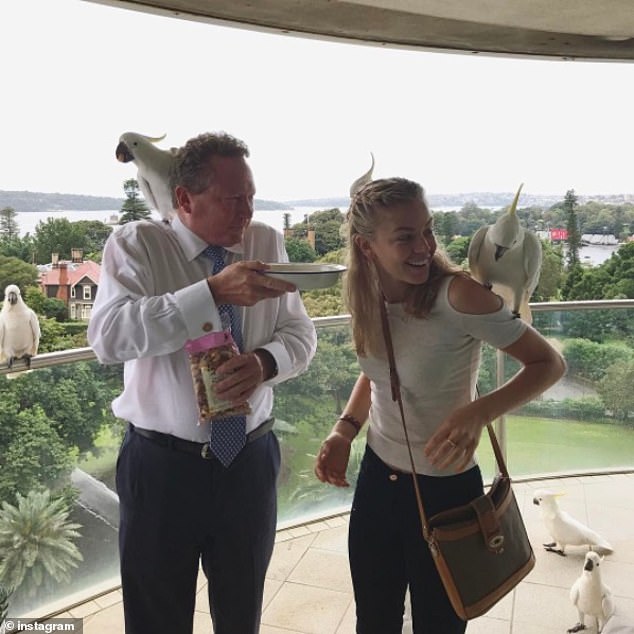 Genes: Sophia’s famous father Andrew (pictured, left) has previously confirmed that his three children will not be left with his estimated $23billion fortune