Birmingham baby girl found after being kidnapped in carjacking

Desperate cries of ‘my baby, my baby’ were heard as a four-week-old baby girl was kidnapped in a carjacking.

Claire O’Neill, 39, fought to save her little girl, clinging to the door of her Audi sports car as thieves stole it from her driveway in Acocks Green, Birmingham just after 4pm today.

The mother was dragged along the street and was sent crashing to the floor as the two suspects fled with her four-week-old baby girl in the car seat still in the back.

She was later found abandoned at a health centre nearby and was reunited with Ms O’Neill, who suffered cuts and grazes to her legs in the struggle.

Dozens of police officers were deployed to Marie Drive in Acocks Green, Birmingham (pictured) today after a baby was kidnapped in the back of an Audi just after 4pm 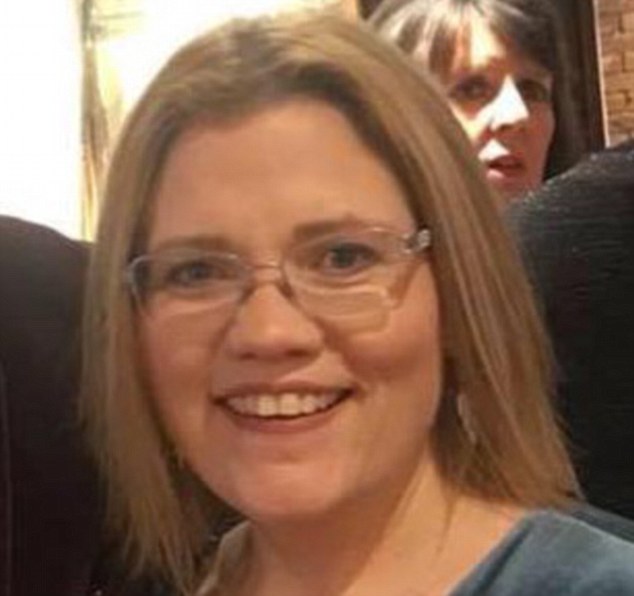 The baby’s mother Claire O’Neill (pictured), 39, desperately clung to her car as the two suspects drove away with her child inside

Ms O’Neill’s aunt confirmed her niece was the victim of the terrifying incident.

Neighbour Anjana Chavda, 66, a civil servant, said: ‘I thought they were just kids screaming. I went to my back bedroom window straight away.

‘I saw a lady being dragged by the car. She was holding on to the car as it went down the street. She was clinging on with all her might but she lost her grip.

‘I went into the front window and saw this car going down very fast. It was horrific.’

West Midlands Police have said the mother and baby have since been reunited after the two suspects launched their attack when she pulled up on her driveway.

The force said as Ms O’Neill struggled to get her child out of the grey Audi A3, the pair drove off injuring her in the process.

Officers across the city were immediately mobilised to search for the baby and 45 minutes later an ambulance crew at Small Heath Health Centre in Chapman Road found the youngster safe and well and still in her car seat. 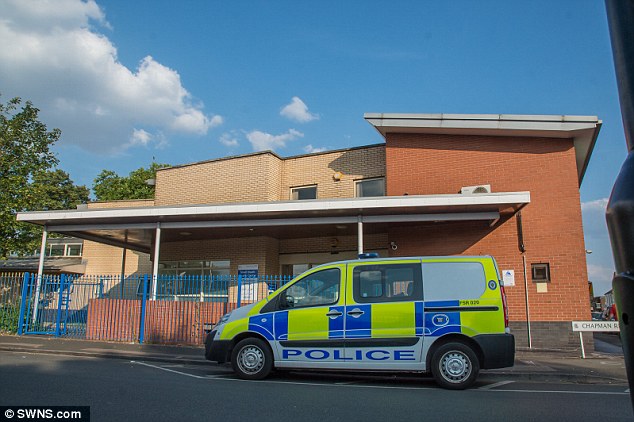 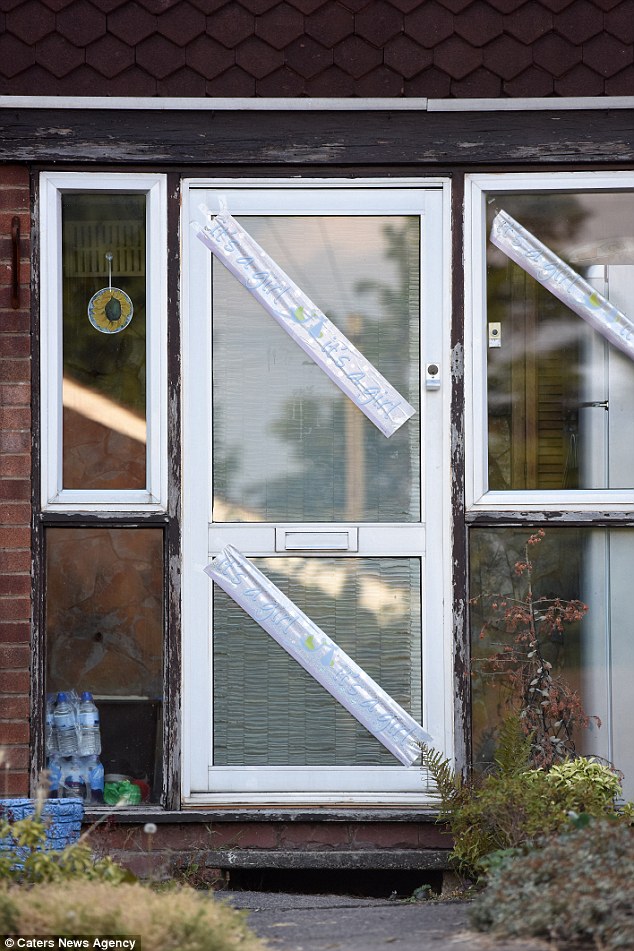 Force Incident Manager Chief Inspector Tony Cole said: ‘Our primary concern was the safe return of this young child and dozens of officers, including specialist resources, were drafted into the search, which I am so pleased has resulted in her safe return.

‘We are still determined to trace the offenders who have put this mother through a 45 minute nightmare that she will never forget.

‘Please help us with any information you may have which will assist our search.’

It is believed the vehicle may have been travelling towards Solihull, West Midlands, when it was last seen. 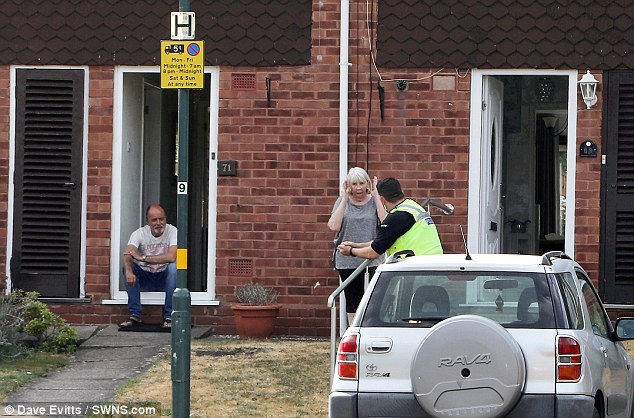 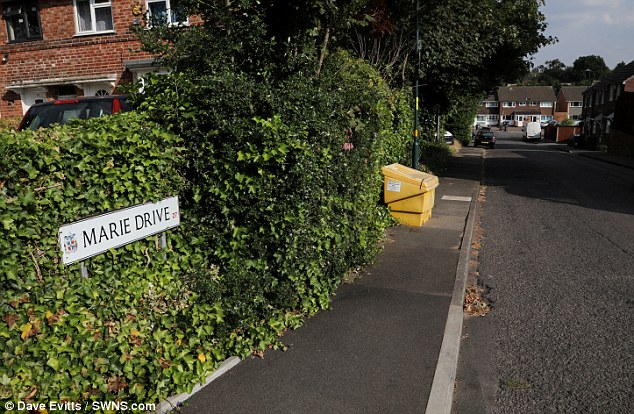 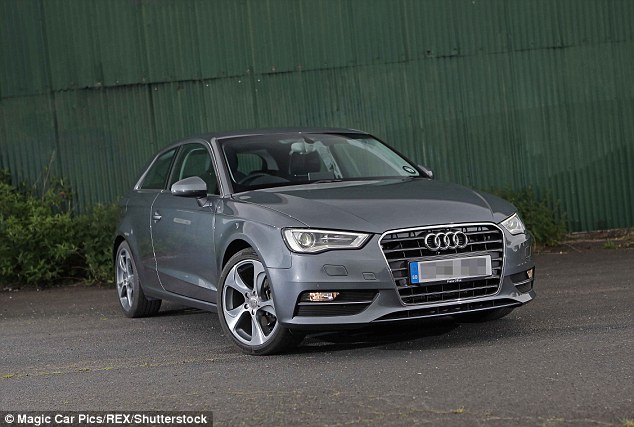 The carjackers are still at large and police are appealing to the public to help find them.

It comes after another Audi S3 was stolen in a dramatic carjacking six miles away in another part of Birmingham on Monday.

A young mother was forced to flee with her two-year-old daughter after thieves staged an ‘accident’ and coerced her husband out of the vehicle in Jameson Road, Nechells.

Shocking CCTV footage captured the incident, which took place at around 1.30pm.

No arrests have yet been made in connection to either incident and there has been no suggestion the two are linked.

Anyone with any information is asked to call police on 101. 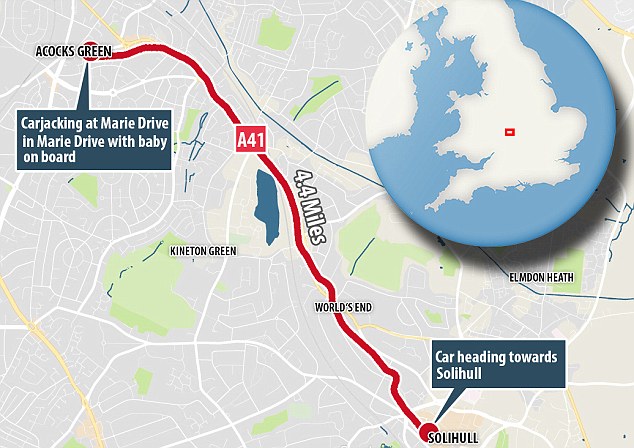 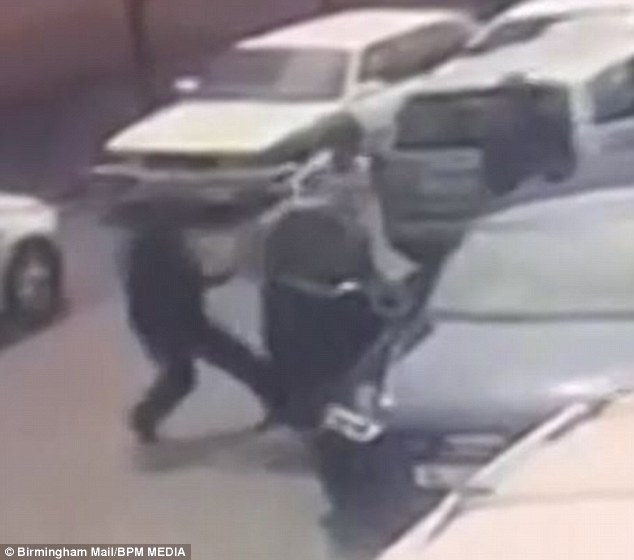 A similar violent carjacking incident was caught on CCTV six miles away in Jameson Road, Nechells