By Charlie Coë and Aidan Wondracz For Daily Mail Australia

Black Lives Matter protesters banned from attending a rally planned for Tuesday have vowed to go ahead with the demonstration – declaring ‘racism is also a massive pandemic’.

The New South Wales Supreme Court on Sunday sided with police over concerns  for community transmission of COVID-19 and ruled the gathering a prohibited public assembly.

After a judge ruled NSW was on a ‘knife-edge of further escalation in community transmission of the virus’, Police Minister David Elliott warned those who still showed up on Tuesday morning could be jailed for as long as six months.

Paul Silva, the nephew of Indigenous man David Dungay Jr – whose death in a Sydney jail in 2015 was due to be a focal point of the upcoming protest – has defiantly announced the rally will be going ahead regardless.

Pictured: Black Lives Matters supporters outside the Supreme Court of NSW on July 23. Protesters have defiantly announced they will be going ahead with Tuesday’s protest regardless of the court ruling on Sunday the rally was an illegal gathering 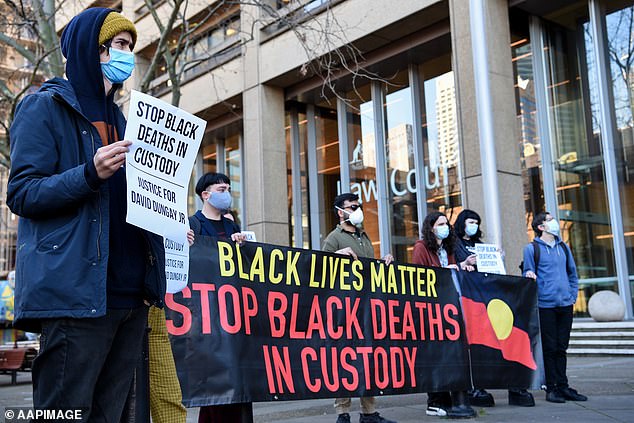 The Sydney Black Lives Matters rally lost its status as an authorised assembly on Sunday, opening up demonstrators to arrest and fines for breaching coronavirus restrictions on mass gatherings (pictured, protesters outside the Supreme Court in NSW on July 23) 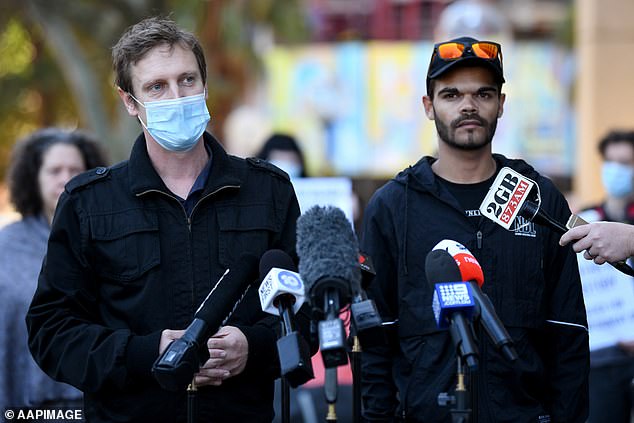 Paul Silva, the nephew of David Dungay Jr, is pictured right with the organiser of Tuesday’s protest Padraic Gibson on July 23. Mr Silva wrote in a social media post prior to Sunday’s ruling protesters would be taking to the streets of Sydney ‘whatever happens in court’ 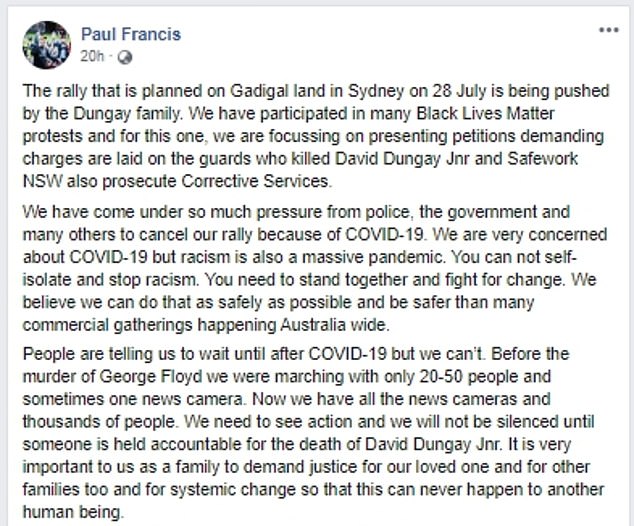 Responding to concerns the protest could lead to another COVID-19 outbreak in New South Wales, Mr Silva wrote ‘racism is also a massive pandemic’

‘Whatever happens in court tomorrow, we will be leading a rally in Sydney on July 28,’ he wrote in a Facebook post hours before Sunday’s ruling.

‘We are very concerned about COVID-19 but racism is also a massive pandemic. You can not self-isolate and stop racism. You need to stand together and fight for change.

‘People are telling us to wait until after COVID-19 but we can’t. Before the [alleged] murder of George Floyd we were marching with only 20-50 people and sometimes one news camera. Now we have all the news cameras and thousands of people.’

He said in the case the rally was not authorised groups of protesters would have to stay in groups of fewer than 20 people.

The lawyer acting for the protest’s organiser Padraic Gibson successfully persuaded the court to temporarily suspend the banning order until Monday so an alternative rally could be proposed on Sydney’s Domain.

But Police Minister David Elliott warned police would not hesitate in coming down hard on protesters ‘regardless of whatever new plans are being put forward’.

‘This particular protest on Tuesday will be considered an illegal gathering and the police response will be accordingly,’ he told reporters after the ruling. 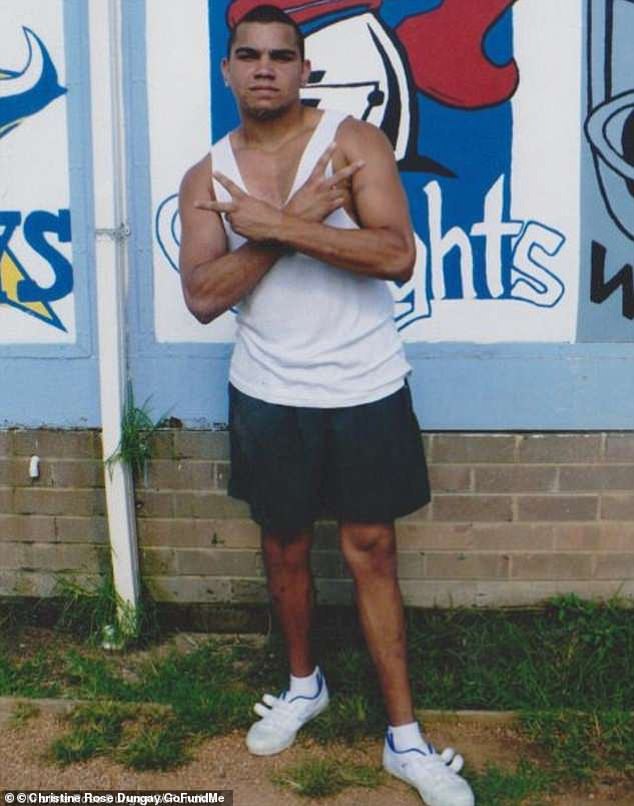 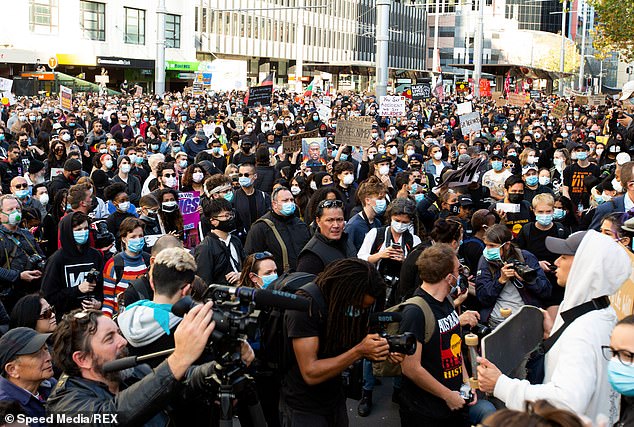 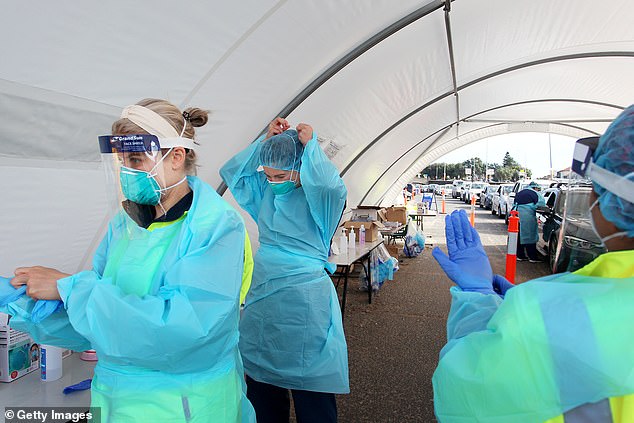 Seconds after Justice Mark Ierace announced his orders, a lawyer for Mr Gibson asked they be temporarily suspended to allow for an appeal to be lodged with the Court of Appeal.

The court was told on Friday Mr Gibson had threatened to take the matter all the way to the High Court.

NSW Health’s Jeremy McAnulty rated the risk of transmission at the rally as ‘medium’ and told the court he was concerned about whether social distancing could be maintained.

Protesters were due to walk to Parliament House where a petition will be delivered calling for justice for David Dungay Jr. 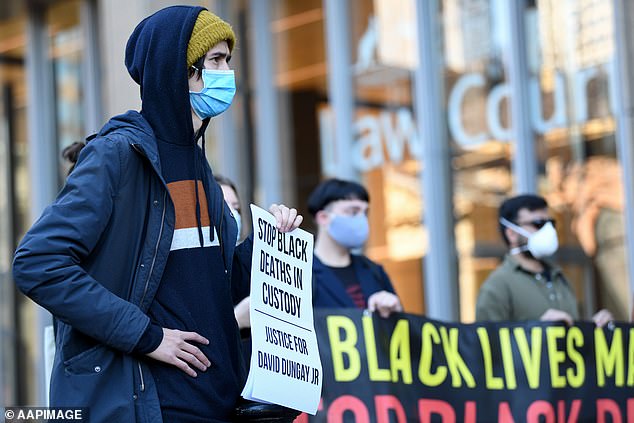 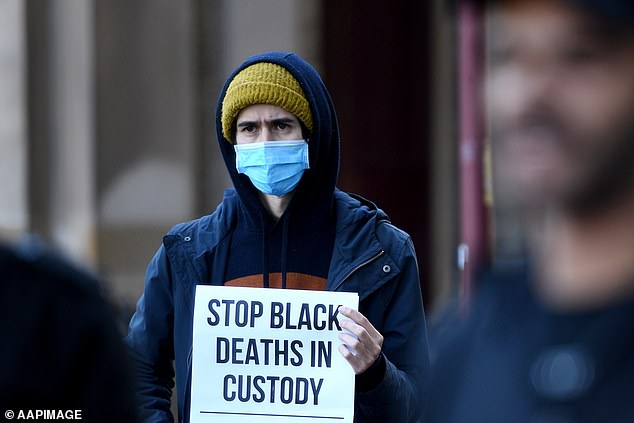 Mr Gibson’s lawyer had argued yelling ‘Black Lives Matter’ in a protest was more important to a democratic society than going to a football match, and thus should also be accommodated in times of pandemic.

‘Going to the aquarium, going to sex-on-premises venues, going to football matches – these aren’t essential to our democracy,’ Felicity Graham said.

Mr Gibson produced a COVID safety plan like those businesses require to operate, in which he said people should wear masks, practice hand hygiene and leave contact details with organisers so they could be notified in the event a demonstrator tests positive to coronavirus.