Final British Airways aircraft in a heritage livery touches down at Heathrow: Boeing 747 arrives at London airport in ‘Negus’ design from the 1970s

The fourth and final British Airways aircraft to be given a heritage livery has touched down at Heathrow.

The Negus design, which was originally on the BA fleet from 1974 to 1980, has been painted on one of the carrier’s current Boeing 747s.

A special series of historical designs have been introduced to mark British Airways’ centenary during 2019.

The fourth and final British Airways aircraft to be given a heritage livery has touched down at Heathrow (pictured). It is a Boeing 747 with a retro Negus design from the 1970s 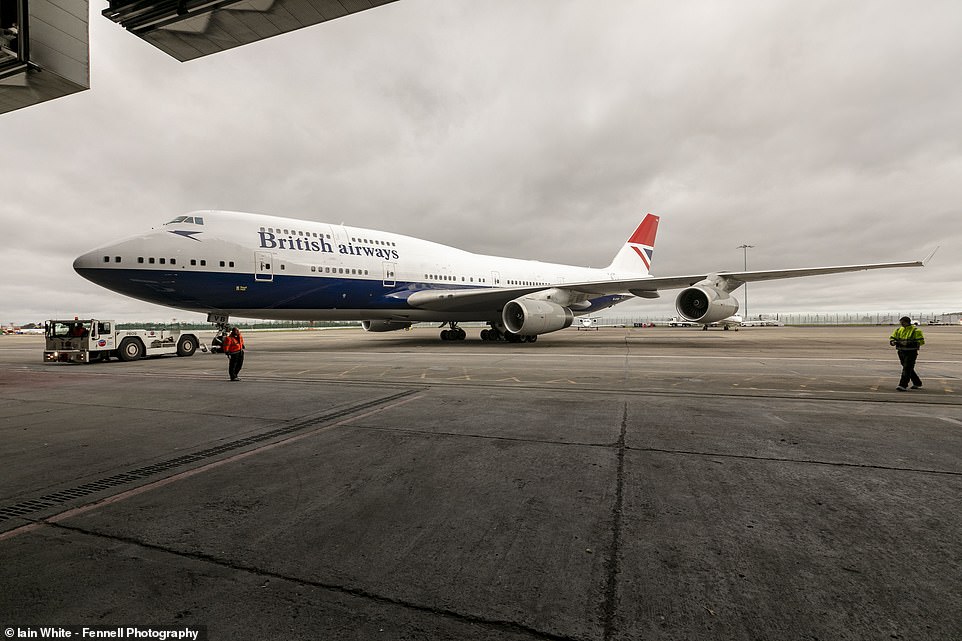 The Negus-liveried 747-400, registration G-CIVB, entered the IAC paint bay at Dublin Airport earlier this month to be given its makeover. It’s pictured here rolling out at Dublin

The Negus-liveried 747-400, registration G-CIVB, entered the IAC paint bay at Dublin Airport earlier this month where it was painted with the first version of the Negus livery that adorned BA aircraft directly after the merger of British Overseas Airways Corporation (BOAC) and British European Airways (BEA).

When it initially flew, the Negus livery was the first to carry the words ‘British Airways’ since 1939, when the original British Airways Limited merged with Imperial Airways to form BOAC.

Interestingly, the Union Flag is not present on the side of the aircraft as, like the final BEA aircraft livery, the flag began to be fully celebrated on the aircraft’s tail fin instead.

The aircraft will head to Cape Town later today for its first commercial flight in its retro design. 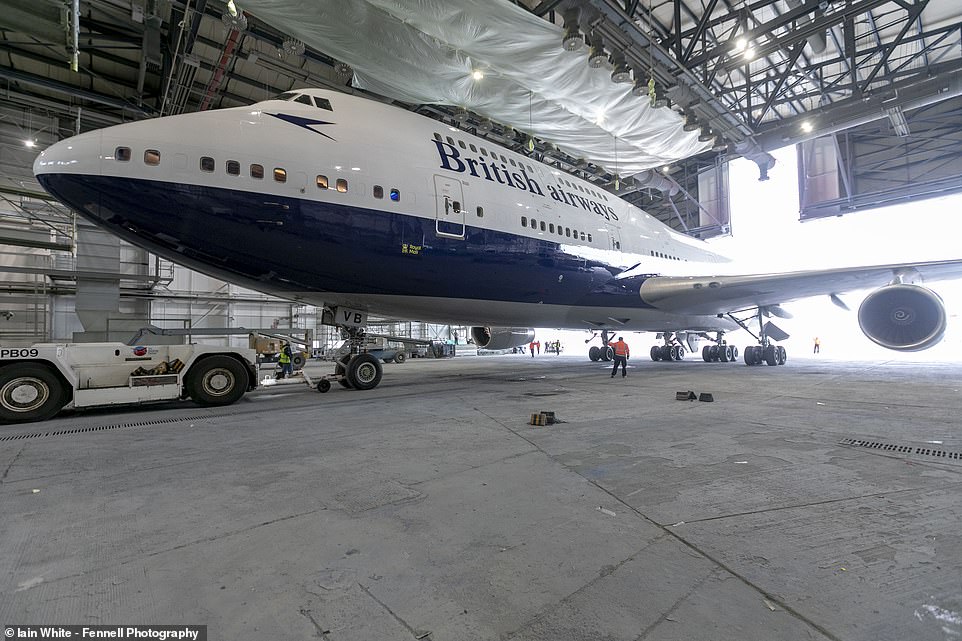 The Boeing 747 is rolled out of the paint shop in Dublin. Its first flight with its retro design livery will be to Cape Town

The arrival of the aircraft rounds off a nostalgic few weeks for the aviation community.

Enthusiasts around the world have already been treated to a BOAC-liveried Boeing 747, a BEA Airbus 319 and a British Airways Landor 747, which have collectively flown to more than 30 destinations across the UK, Europe, Africa, the Middle East and North America.

Alex Cruz, British Airways’ chairman and CEO, said: ‘Reintroducing four heritage designs in to our fleet has been an incredibly nostalgic time for us and our customers, we’re impressed at how popular they’ve been.

‘In our centenary year it’s important that we celebrate our past, and we also have big plans to look to the future. I’m excited about what the rest of this year has in store.’ 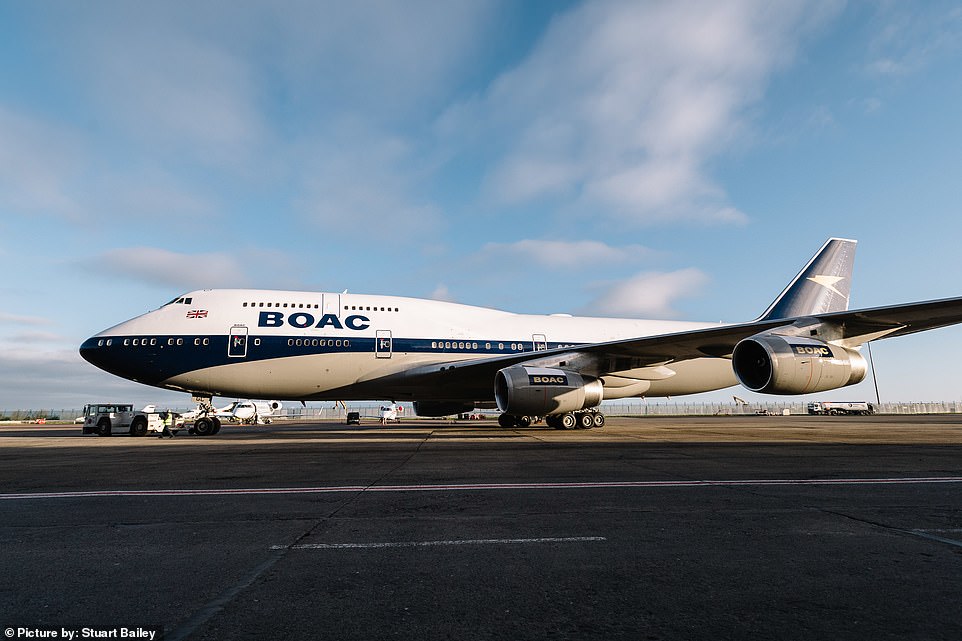 BA has unveiled three other aircraft that have been given a retro livery for the airline’s centenary celebrations. The first to be unveiled was a Boeing 747 in a BOAC livery 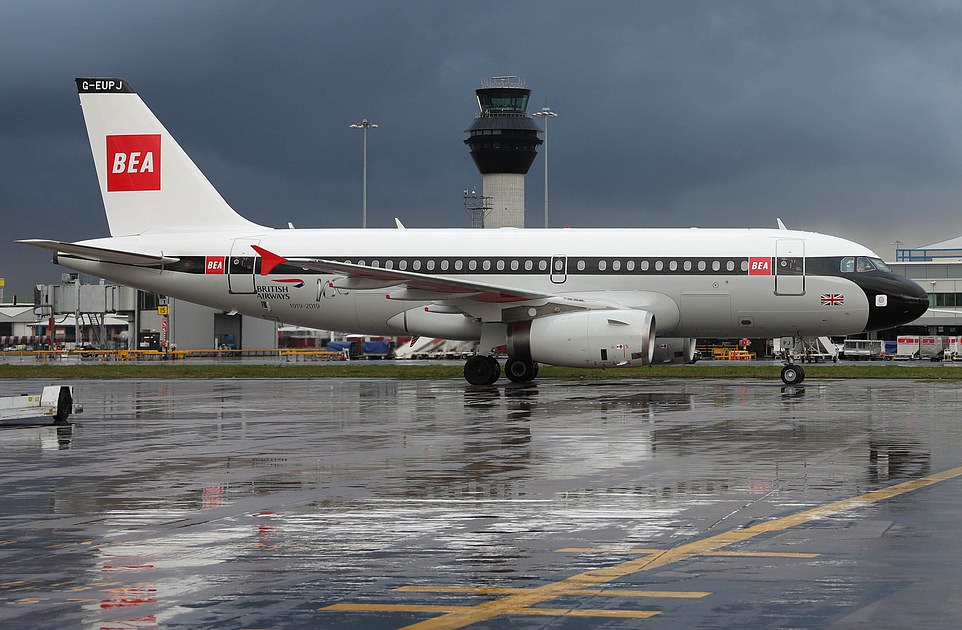 The second design to be launched was on an Airbus A319, which was repainted in the style of a BEA aircraft from the 1960s 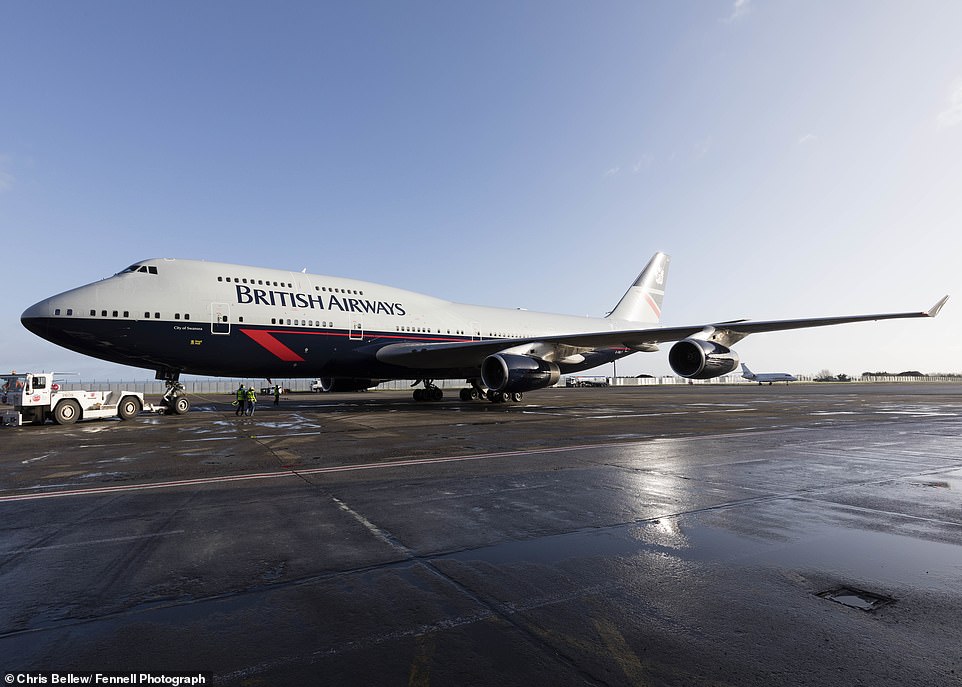 The third plane to be given a retro makeover was another Boeing 747. It was painted in the Landor design, which adorned the side of BA planes from 1984 to 1997

In its centenary year, British Airways is planning a range of activities and events.

The airline will also be working with expert partners to identify BA’s 100 Modern Britons – the people up and down the country who are currently shaping modern Britain.

The centenary activity is taking place alongside the airline’s current five-year £6.5bn investment for customers.

This includes the installation of WiFi and power in every seat, fitting 128 long-haul aircraft with new interiors and taking delivery of 72 new aircraft.

Earlier this week the airline also revealed its new business class seat – ‘Club Suite’ – and confirmed it will arrive on the first of its A350 aircraft in July.