A new waxwork museum in Boston has been widely mocked because of his poor likenesses, but bosses say online hecklers haven’t deterred them.

Critics say some of the statues have missed the mark, including portrayals of President Donald Trump, New England Patriots quarterback Tom Brady and Princess Diana.

But officials at the Dreamland Wax Museum say they’re embracing the extra attention brought by online hecklers, who have lampooned some of the attraction’s likenesses.

A wax figure of Diana, Princess of Wales, is among the bizarre statues on display at the Dreamland Wax Museum, which has been widely mocked since it opened earlier this month 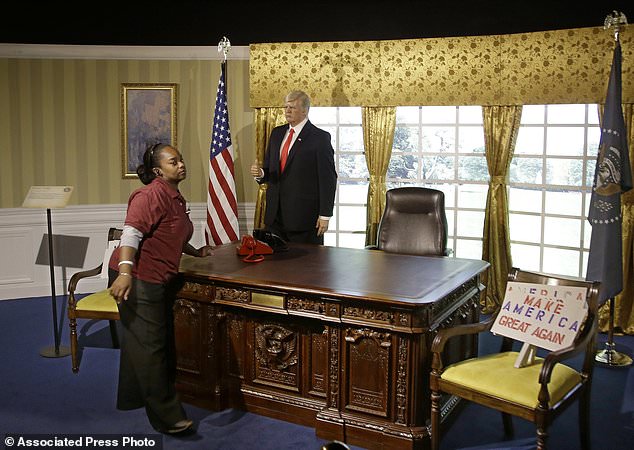 Shameka Nurse, a guest host at the Dreamland Wax Museum, works tending to the Donald Trump wax figure standing in an Oval Office scene at the museum 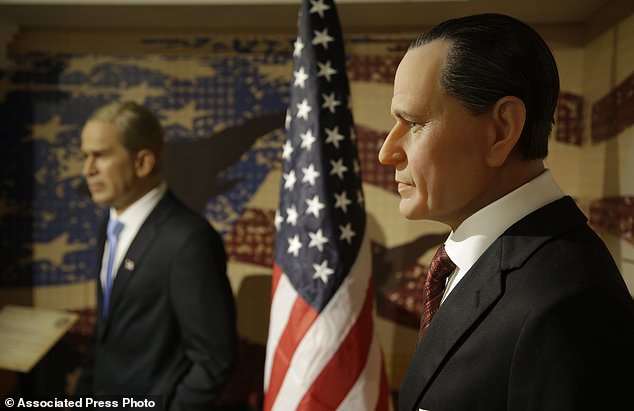 Wax figures of George Herbert Walker Bush, right, and George W. Bush at the Dreamland Wax Museum are among those to be criticized by visitors

Museum vice president Michael Pelletz says some are imperfect because they’re based on photos and not actual measurements, but he defends them as works of art.

So far, the ridicule has targeted only a small fraction of the museum’s 101 statues. Several others have drawn admiration.

Pelletz says the online scrutiny has been ‘a blessing’ and has attracted curious visitors instead of driving them away. 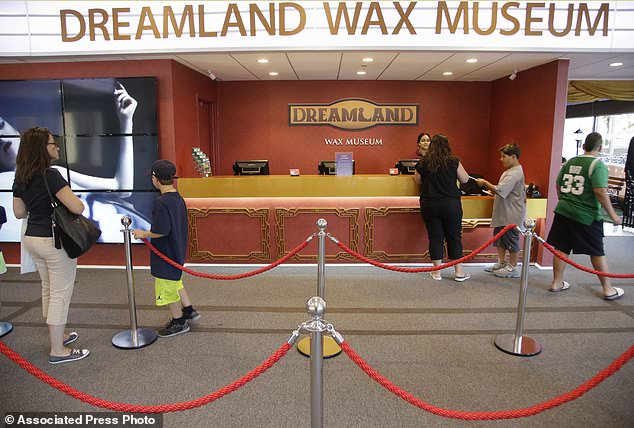 Patrons stand in line and purchase tickets to the Dreamland Wax Museum, where models have come under a lot of scrutiny in recent weeks 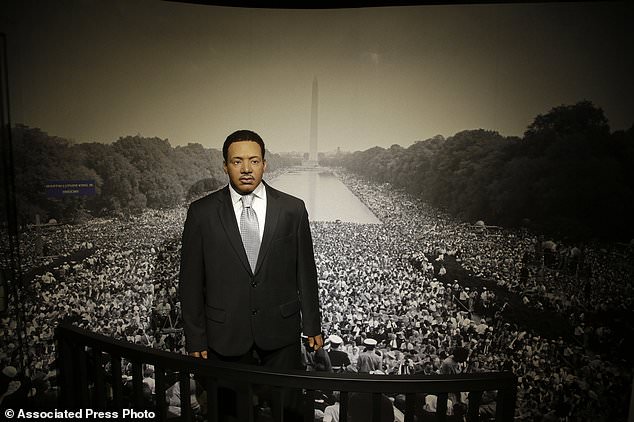 Not the best likeness: A statue of Dr Martin Luther King, Jr, standing in front of a photo of the Mall in Washington 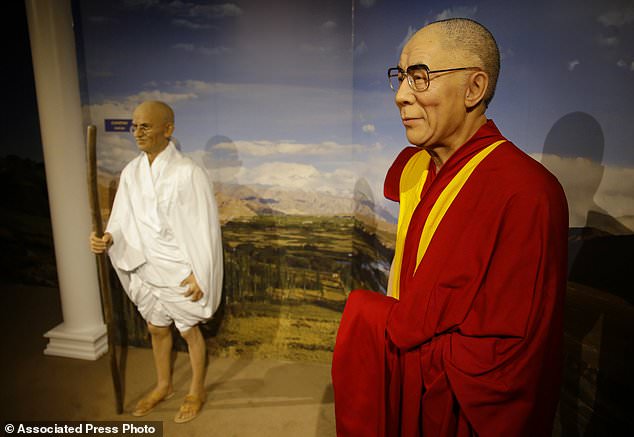 Other figures to be given the waxwork treatment are the Dalai Lama, right, and Mahatma Gandhi

Pelletz said a lot of the figures are based on photos rather than facial measurements, so are imperfect.

And he said that the sculptors who made a much-maligned sculpture of Brady are mostly based in London and Paris, where the footballer is less well known.

But he stated: ‘I’m proud of every single wax figure in here. Some people love Picasso, some people don’t. It’s perception.’

In future, the museum has said the majority of its models will only be made after the subject spends time with artists. The attraction will aim to exhibit five new statues each year. 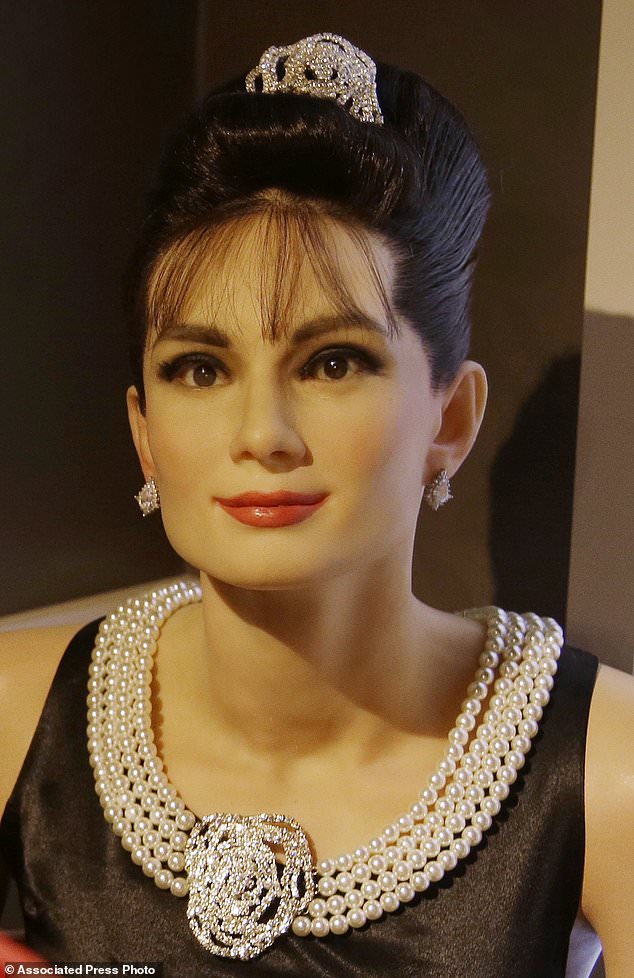 Bosses say some of the statues, including this one of Audrey Hepburn, are imperfect because they’re based on photos and not actual measurements 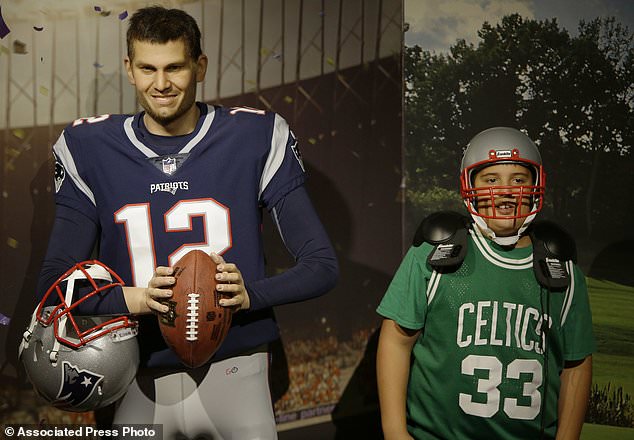 Museum bosses were ridiculed over the depiction of Brady after NBC reporter Marc Fortier complained that it ‘is going to give me nightmares’.

That statement, along with a picture of the statue, prompted others to chime in with their own criticisms, ranging from ‘creepy’ to ‘horrendous’.

Fellow NBC reporter Raul Martinez‏ was even prompted to start a poll on ‘which is the creepiest Brady’ – the waxwork, a mask spotted at a recent Patriots game, or the infamous courtroom sketch of the sports star.

Others tried to figure out who the statue did look like, with suggestions including Milan Lucic, Marc Bulger, a cross between Gostkowski and the Geico Caveman, and former SNL Brady impersonator Taran Killam.

The museum defended the work in a Facebook post on Wednesday, writing: ‘Each and every wax figure is a work of art.

‘There are only a handful of people in the world that can do this artistry. Each head takes up to six months to create.

‘Each strand of hair placed one follicle at a time. That’s why hair alone takes around 50 days to get right.

‘That doesn’t mean they all come out perfect.

‘The only way to create a perfect rendition is for the artist to sit with the person and take over 200 measurements. That’s the only way the figure will be exact.

‘Recently, we’ve been getting a lot of attention on our [Tom Brady] figure. Not too bad considering all we had to work with was a picture.

‘However, since we are in Boston we’d like to make sure the Tom Brady wax figure is perfect!

‘We would love the opportunity to invite Mr. Brady to come by and sit in for a measurement session.

‘I am from Boston, and we at The Dreamland Wax Museum are all huge Brady fans. As you can imagine, getting a perfect figure is our top priority!!!

‘So what do you say, Tom Brady? We’re ready when you are!’