Boy, 11, suffers third degree burns after he ignores his mother’s advice to put on sunscreen

Boy, 11, suffers third degree burns after he ignores his mother’s advice to put on sunscreen before swimming in the sea on the hottest day of the year

An 11-year-old boy suffered third degree burns after he failed to wear sunscreen on the hottest day of the year despite his mother’s advice.

Nathan Herbert from Rhyl went for a swim in the sea with his friends during Thursday’s heatwave, when temperatures hit 86F (30C) in the town.

Nicola Williams warned her son to take factor 50 lotion she had bought, but Nathan left home without it.

He was so badly burned that he was left with agonising blisters on his back and second and third degree burns and had to cancel his birthday party on Sunday.

The youngster and his mother agreed to share pictures of of his horrific burns to highlight the importance of sun safety.

As well as having to cancel his 11th birthday party, he has been unable to even wear a T-shirt, or lie down on his back without suffering agonising pain.

Speaking to North Wales Live, his mum, Nicola Williams, 32, said: ‘He’s been so upset, firstly because of the pain but now he’s just fed up.

‘I took him to see the doctor the following day, who said he had second and third degree burns.

‘She prescribed him antibiotics, a load of silicone dressings and burns cream and said if it hadn’t improved over the weekend that he’d need to go to hospital.

‘We’ve had to put a new dressing on every day and as you can see in some of the pictures, the dressing has been ripping a layer of his skin off every time. It’s not very nice at all, he’s in a lot of pain with it.’ 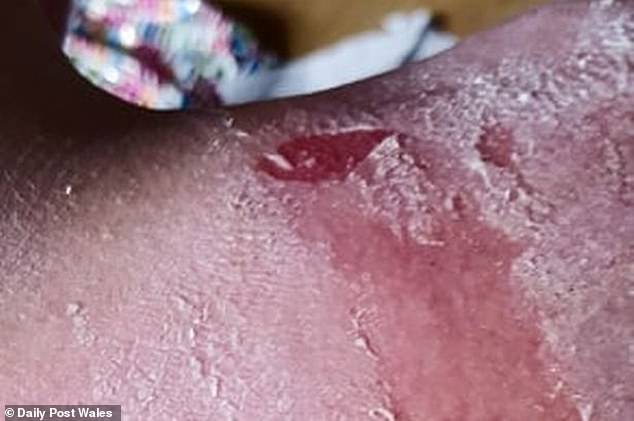 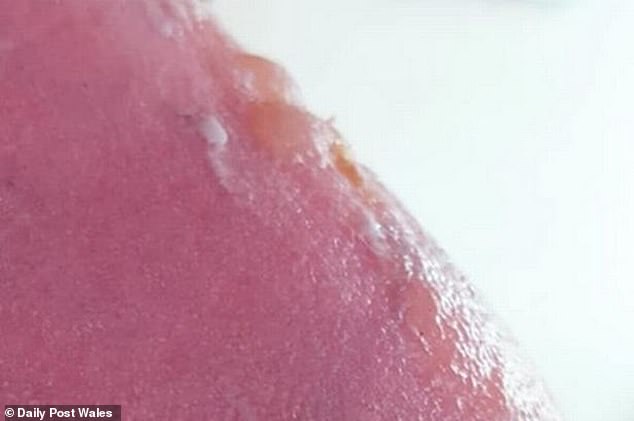 Nathan shared pictures of the burns on his mother’s Facebook, with Ms Williams saying he was concerned for his friends suffering similar injuries.

‘He said he doesn’t want any of his friends to get burnt the way he has, so he agreed to share the pictures,’ she said.

‘Children don’t take it seriously, I had bought factor 50 sun cream and told him he must put it on before he left, but he never did.

‘He’d been in the pool all week and kept complaining about having to put it on. I feel awful for him, he’s definitely learnt his lesson the hard way.’

The NHS recommends that children wear sun cream with at least a sun protection factor (SPF) of 30, but should never to rely on sunscreen alone for protection. Creams with an SPF of 50 and over offer the strongest form of UVB protection.

Its website highlights the importance of wearing suitable clothing and spending time in the shade when the sun is at its hottest, which is between 11am and 3pm in the UK from March to October.