He was arrested by officers from Counter Terrorism in October 2019 as part of an intelligence-led investigation on suspected right-wing terrorism online.

He is also accused of publishing or distributing written material which was threatening or intending to stir up religious hatred.

Being a member of, or inviting support for, a banned terror organisation is a criminal offence carrying a sentence of up to 10 years in prison.

What is National Action and when was the proscribed neo-Nazi terror group formed?

It was most likely co-founded by Benjamin Raymond and Alex Davies in 2013 and operated by targeting university campuses as sites for flyering and recruitment in its ‘reign of terror’.

It was an uncompromising neo-Nazi group that expressed virulent hatred for non-whites and ‘especially Jews’, glorifying Hitler and inciting violence against its perceived enemies, the court heard.

Trial prosecutor Duncan Atkinson, who was the prosecutor on a previous trial in which Jack Renshaw was accused of plotting to murder Labour MP Rosie Cooper with a machete, said its logo bore a ‘striking similarity’ to the badge of the Sturmabteilung – Nazi Germany’s ‘SA’. 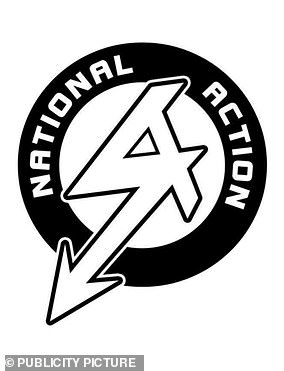 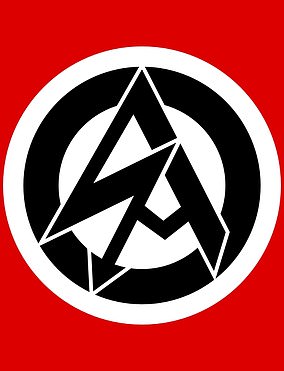 Lythgoe acted as leader, with Hankinson responsible for security and Renshaw as one of the group’s spokesmen, it is alleged.

They recruited member via close friendship networks or by word of mouth, never exceeding 100 members with no more than two or three dozen attendees at each rally, jurors heard.

In September 2013 the group released a ‘Strategy and Promotion’ document detailing their plans to ‘make way for National Socialism to enter British politics.