Brazil boss Tite ‘is already in talks with Arsenal over taking up a role at the club after the World Cup in Qatar’, with the veteran boss ‘enjoying a close relationship with technical director Edu’

By Josue Seixas For Mailonline

Tite plans to step down from his role after the World Cup in December and, according to reports from TV Globo during Brazil’s 4-0 win over Chile on Thursday, has already spoken to Arsenal technical director Edu about a move to north London.

The two Brazilians worked closely together at Corinthians and Tite employed Edu as the national team’s general co-ordinator for three years from 2016.

Brazil coach Tite has started negotiations with Arsenal, according to a Brazilian TV reporter 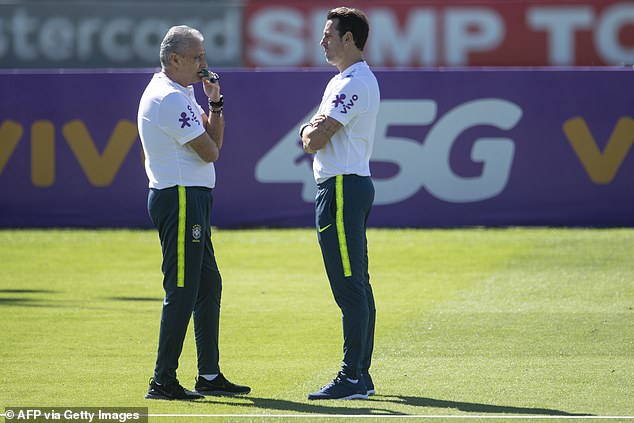 Tite has a good relationship with Arsenal director Edu, as they worked together before

Arteta is into his third year in charge at Arsenal, with encouraging signs of progress this season. His team are fourth in the Premier League with 10 games to play as they try to return to the Champions League after a five-year absence.

The young boss is popular among fans and players, including the Brazilian contingent. Gabriel Martinelli told Sportsmail this week: ‘I feel Arteta will be one of those lifelong coaches, the ones with a lot of titles to their name and their place in football history.’

Globo’s @ericfaria74 has just said that Edu Gaspar wants Brazil’s Tite as Arsenal’s next manager and talks have already started. Tite has revealed this week that he will leave Brazil national team after the World Cup in Catar. Eric is not a guy to make up stuff so really weird

The Spaniard’s contract expires next year, however, and this is the first hint of Edu preparing for life without him by sounding out potential alternatives.

Arsenal strongly deny that any talks about a role at Arsenal between Tite, who led Brazil to the Copa America title in 2019, and Edu have taken place.

If the 60-year-old was to take charge of Arsenal it would be somewhat surprising given that current Gunners boss Arteta has received much praise for the club’s recent form. 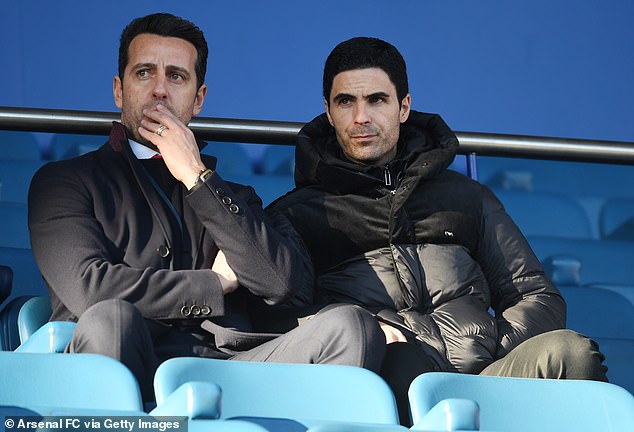 After a terrible start to the season that encompassed Arsenal losing their first three matches, the Gunners are currently in fourth place as they look to secure Champions League qualification.

Arteta’s Arsenal contract runs until June 2023 and there have been suggestions that he will be rewarded with a new deal.

Arsenal have won six of their last seven league games, with their only defeat coming at home to Liverpool.