ABC announced the cancellation of their daytime talk/cooking show The Chew on Wednesday, just five months after co-host Mario Batali was fired over sexual misconduct allegations.

Batali, a celebrity chef and restauranteur, was no doubt the most famous of The Chew’s original five co-hosts when the show launched in 2011.

But he became embroiled in scandal last year, when eight women spoke out to accuse the 57-year-old chef of inappropriate touching and comments in the kitchen.

ABC announced they were cancelling The Chewon Wednesday. The show currently stars (from left to right) Clinton Kelly, Carla Hall and Michael Symon 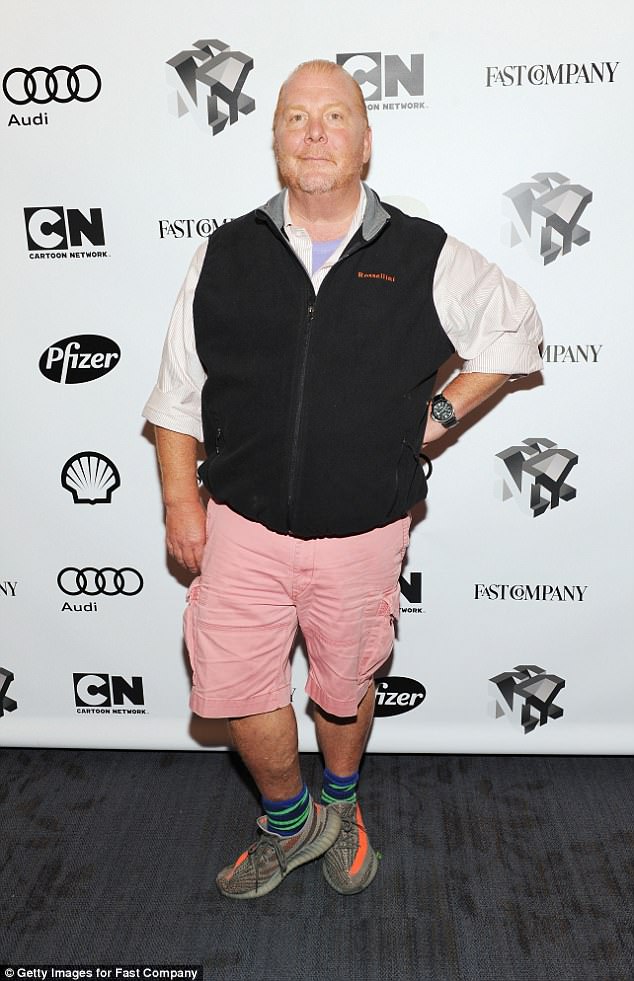 In their press release on Wednesday, ABC executives said that The Chew will be replaced by a third hour of Good Morning America.

‘Over the past six years “Good Morning America” has solidified its place as America’s No. 1 morning show,’ Disney-ABC Television President Ben Sherwood said. ‘We believe there is great opportunity for viewers and advertisers in expanding to a third hour.’

He added: ‘While this is the right decision for our business, it is also bittersweet. For seven years “The Chew” has delighted audiences by delivering innovative food segments in an entertaining atmosphere. We applaud and thank Gordon Elliott, Aimee Householder, Michael Symon, Carla Hall, Clinton Kelly and the entire cast and crew for their great work and amazing run. And we wish them the very best.’

Details about the new third hour of GMA, including the title and anchors, will be announced in the coming months, according to the press release.

Despite – or perhaps because of – the scandal, The Chew started off the New Year with it’s most watched week in a year.