Scientists involved in a $100 million initiative to search for alien life have detected 15 mysterious signals coming from a galaxy 3 billion light-years away.

These signals, known as fast radio bursts, are a new batch of radio emissions emanating from a source dubbed the ‘repeater’ – the first FRB ever known to repeat.

According to the experts with Breakthrough Listen, the discovery confirms the source is in a newly active state, and marks the first time FRBs have been detected at higher frequencies.

Scientists involved in a $100 million initiative to search for alien life have detected 15 mysterious signals coming from a galaxy 3 billion light-years away. The animation shows 14 of the 15 bursts in succession, illustrating their dispersed spectrum and extreme variability

The first FRB was spotted, or rather ‘heard’ by radio telescopes, back in 2007.

While it remains unknown whether the 15 newly detected pulses are signs of intelligent alien life, or instead stem from natural processes in the distant universe, the scientists do known that these radio emissions left their host galaxy long before multi-cellular life even existed on Earth.

The signals come from a source known as FRB 121102, which became the first FRB to have its location pinpointed after scientists in a 2016 study traced it to a dwarf galaxy 3 billion light years away.

When the 15 pulses left this dwarf galaxy, the entire solar system was just 2 billion years old.

The new FRBs were spotted this weekend by a team led by UC Berkeley Postdoctoral Researcher Dr. Vishal Gajjar, who accumulated 400 TB of data on the object over a period of 5 hours.

The researchers observed the entire 4 to 8 GHz frequency band, searching for signals across a broad range of frequencies, with a characteristic dispersion, or delays caused by the presence of gas in space, according to Breakthrough Listen.

‘On Saturday, August 26 at 13:51:44 UTC we initiated observations of the well-known repeating fast radio burst FRB 121102 using the Breakthrough Listen Digital Backend with the C-band receiver at the Green Bank Telescope,’ the team wrote in The Astronomer’s Telegram.

‘Observations were conducted over 10 30-minute scans.’ 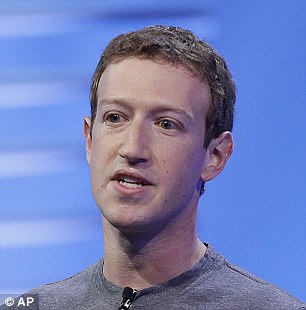 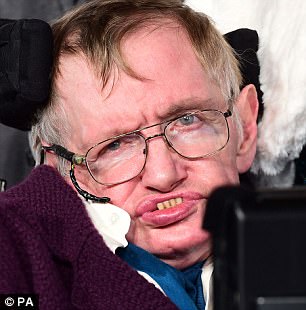 Facebook CEO, Mark Zuckerberg, is one of the key backers of the Breakthrough Listen project, as is Professor Stephen Hawking 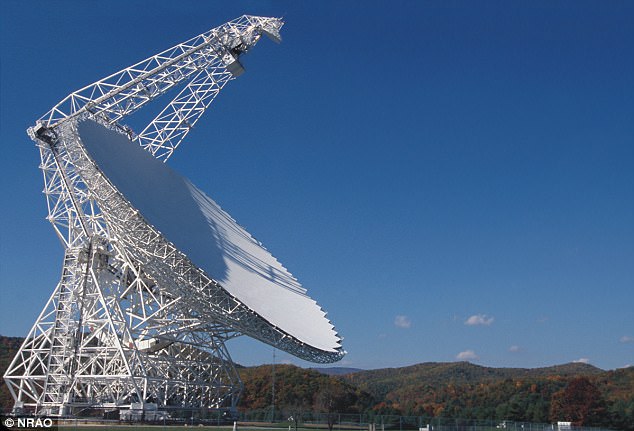 The new FRBs were spotted this weekend by a team led by UC Berkeley Postdoctoral Researcher Dr. Vishal Gajjar, who accumulated 400 TB of data on the object over a period of 5 hours, using the Green Bank Telescope (pictured)

And, in doing this, the researchers found for the first time that the FRBs can emit at much higher frequencies than previously known.

In their observation, the team noted the appearance of several bursts that peaked in brightness at frequencies above 6 GHz.

The brightest, they say, occurred at around 7 GHz.

Then in 2015, scientists saw it again, making it the first FRB seen to repeat.

Subsequent research identified a cradle of young stars 2.4 billion light years away as the source of the mysterious fast radio bursts detected on Earth.

STUDY: ALIEN EXPLORERS COULD BE BEHIND MYSTERIOUS FRBS

Mysterious signals coming from distant galaxies could be evidence of deep-space explorers billions of light-years from Earth, a new study has claimed.

Researchers from the Harvard-Smithsonian Center for Astrophysics claim a solar-powered transmitter using sunlight cast on an area twice the size of Earth could generate enough energy to be ‘seen’ by far away viewers.

And, a water-cooling system would allow a device of this size to withstand the extreme heat.

The researchers argue that the most plausible use for this tremendous amount of power would be to drive interstellar light sails.

The light sail would rely on a steady beam from the transmitter.

While this would always be pointed at the sail, observers on Earth would see it as a brief flash, as the sail, its host planet, its star, and the galaxy all move relative to us.

This would cause the beam to sweep across the sky, only pointing at Earth for a moment.

But, the mechanism that generates these signals still remains a mystery.

Scientists have posed all sorts of explanations, from outbursts from rotating neutron stars to energy sources from alien deep-space explorers.

This past spring, the Breakthrough Listen ream released their initial results from their first year of observation.

After combing through petabytes of data, the Breakthrough Listen team has ranked 11 events considered to be most significant – but so far, they’ve found no convincing signs of intelligent life.

The team also submitted a paper analyzing nearly 700 stars across all spectral types, which they say acts as a ‘launch pad’ for deeper investigations to come.