Brigitte Macron (pictured on this week’s US state visit)  has complained about her wallflower role alongside her husband saying: ‘I don’t feel at all like the first lady’

Brigitte Macron has complained about her wallflower role alongside the President of France, saying: ‘I don’t feel at all like the first lady’.

The glamorous 65-year-old wife of Emmanuel Macron, 40, spoke out during a state visit to America, where she has been relegated to mainly taking part in picture opportunities.

‘What I don’t like is that there is never an off time. Wherever you are there is always someone there to take a photo.

‘There is never a time when you can be completely tranquil. That’s the heaviest cost.’

Mrs Macron, who has been first lady of France for a year, continued: ‘In my head, I’m the wife of Emmanuel Macron, not the wife of the president.

‘I don’t feel at all like the first lady. You fall into this responsibility to represent French men and women. If not, I live a normal life. 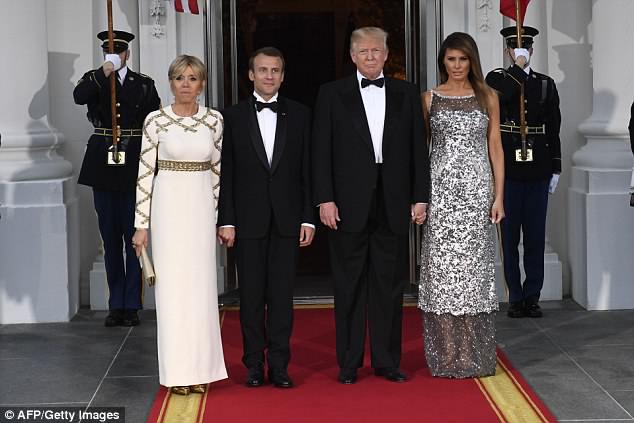 The glamorous wife (pictured left), 65, of Emmanuel Macron (centre left), 40, spoke out during a state visit to America, where she has been relegated to mainly taking part in picture opportunities with US President Donald Trump (centre right) and his wife Melania (right) 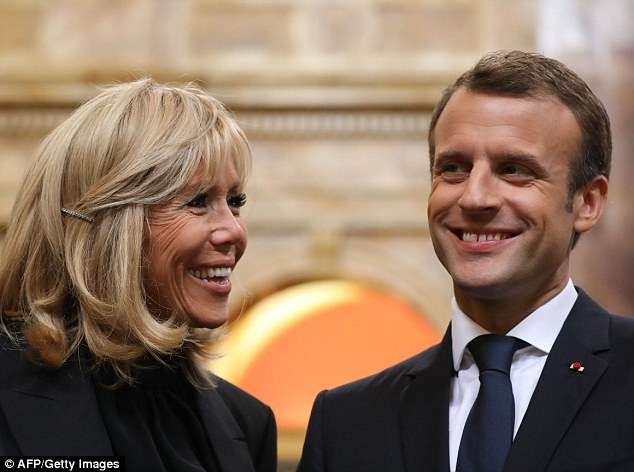 ‘I meet people, I haven’t changed in my head, not in the way that I live,’ the retired school teacher, added.

Mrs Macron, who first met her future husband when he was her teenage pupil, spoke out during a solo visit to a school in Washington DC on Wednesday.

It enabled her to enjoy a brief break from posing alongside her U.S. counterpart, Melania Trump, in clothes with designer labels such as Louis Vuitton.

‘I always play truant from school,’ said Mrs Macron, bemoaning the fact that on official visits ‘there is a small label on the floor, so I put myself where people tell me to stand.’ 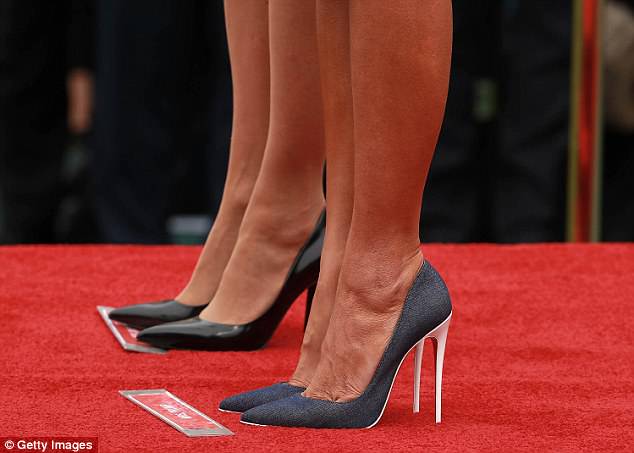 Mrs Macron bemoaned the fact that on official visits ‘there is a small label on the floor, so I put myself where people tell me to stand’. Melania Trump and Brigitte Macron pictured at the White House 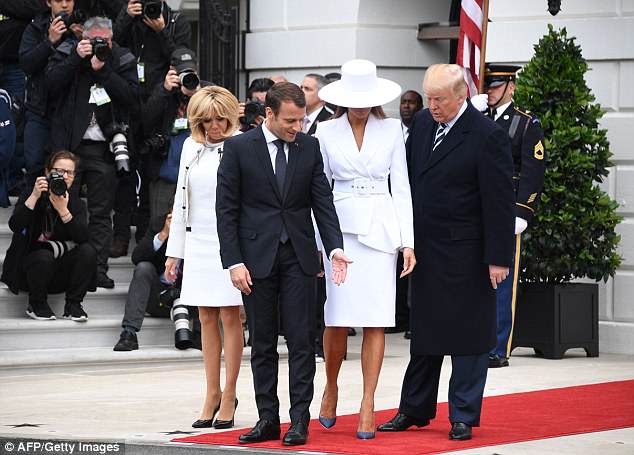 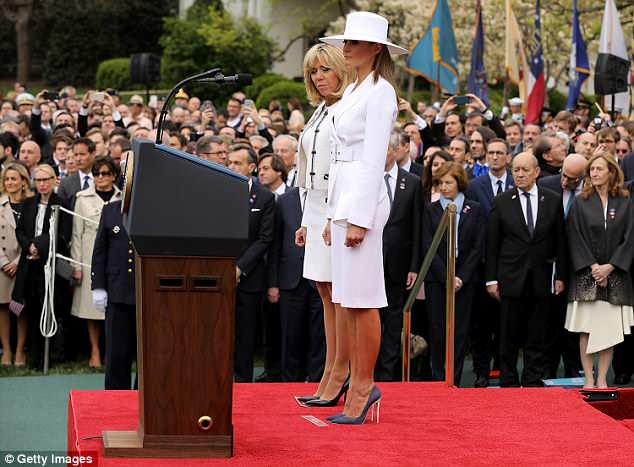 When Mr Macron came to office, he indicated that there would be a wider role for his wife, even introducing a ‘transparency charter’ last August to try and define the first lady’s role.

But during outings like the current one to the USA she has largely been left to play second fiddle to her far more assertive husband.

Mr Macron and Mr Trump have been portrayed as Alpha Males, forming an unusually loving bond as they discuss the world’s problems.

‘We are here, without being there, while being there,’ said Mrs Macron, highlighting how vague the first lady’s role is. 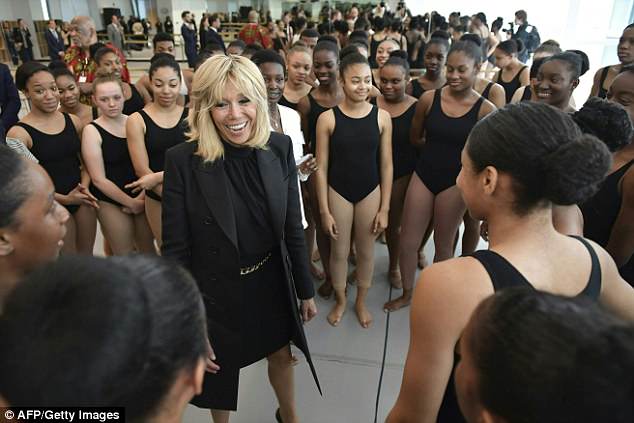 She said she did not feel unwelcome, but ‘it’s very clear, we’re not elected, it’s not easy’.

It came as Francois Hollande, the former president who first hired Mr Macron as his finance minister, said the French head of state was ‘rather passive’ in his burgeoning relationship with Mr Trump.

Mr Hollande’s was particularly scathing about Mr Macron’s cuts in wealth tax for those with high incomes and property worth millions. 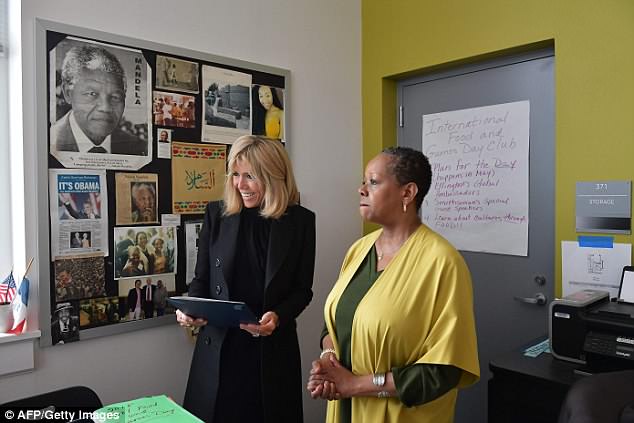