Thousands of drivers are stung with $250,000 in fines for parking on two suburban streets… because the signs warning they’re two-hour-only zones are TWO KILOMETRES away

A frustrated resident has called for ‘secret parking signs’ to be fixed after discovering the council raked in almost $250,000 in fines from two small streets.

Figures released through the Right to Information Act show Brisbane City Council made $248,667 from parking fines in Harcourt St and Kent St in the 2017/2018 financial year.

Sonda Banney says Brisbane City Council is to blame for the parking fine sting as the signs currently in use are inadequate. 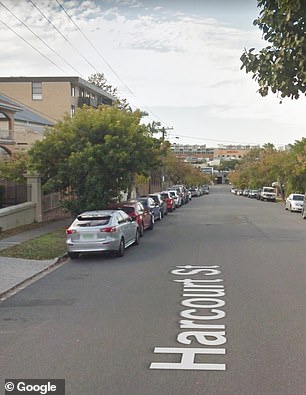 Figures released through the Right to Information Act show Brisbane City Council made $248,667 from parking fines in Harcourt St and Kent St in the 2017/2018 financial year. 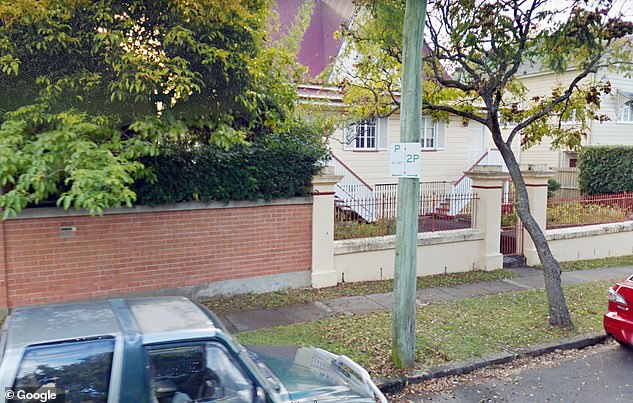 ‘One side of the (Harcourt) street is very clearly signed with ”Two Hour, No Limit” and ”No Parking” signs, the other side has absolutely no signs, but is covered by signs on main roads kilometres away which state that it’s a ‘Two Hour Zone”,’ she told the Courier Mail.

‘It is not possible to know about this secret sign unless you happen to spot it while navigating three lanes of traffic and then link it to where you will ultimately park many kilometres away in a different direction from that you were travelling when and if you saw the sign.’

She said she was disgusted that the inadequate signage had led to such a large amount of revenue collected by the council and has launched a petition calling for signs to be replaced. 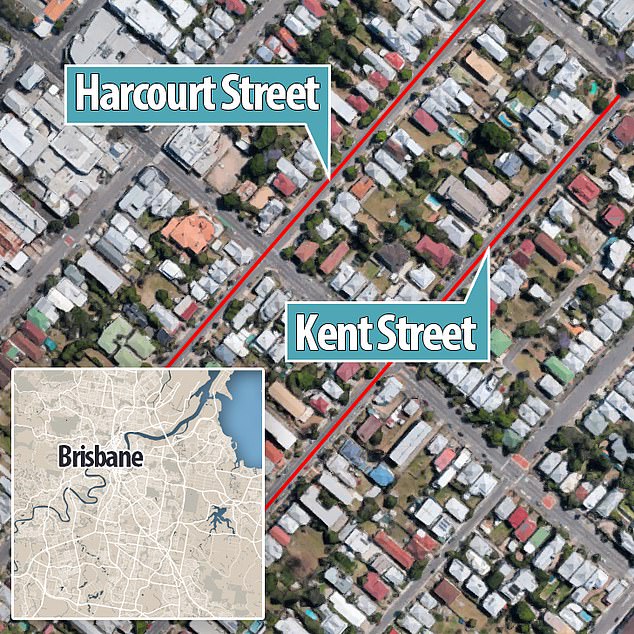 The council told Ms Banney the actual value collected for both streets was not readily available and the figures shown were of face.

The petition comes as it was revealed the council is hoping to increase revenue from parking fines by 65 per cent to $37.5 million for the 2019/20 financial year.

The revenue target was part of its yearly budget, after the council failed to meet its target of $37 million in fines for last year. 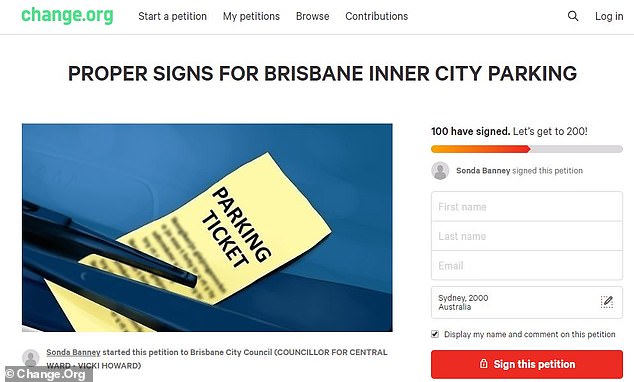 Sonda Banney launched a petition calling for signs to be replaced