Bristol student found dead is 9th to take life since 2016

The family of Raven Hunt (pictured), 21, say she was found dead in woodland after struggling with withdrawal symptoms from taking an anti-depressant

A family has slammed a university and claimed authorities tried to ‘cover up’ their daughter’s death after she took her own life – the ninth in the city in just 18 months.

The family of Raven Hunt, 21, say she was found dead in woodland after struggling with withdrawal symptoms from taking an anti-depressant.

They have criticised the University of the West of England in Bristol, where Raven studied sociology, for failing to contact them following her death last April.

The third-year student was initially diagnosed with anxiety and depression while preparing for her GCSE exams.

Doctors prescribed her anti-depressants and her mood fluctuated throughout the next few years, the family say.

She then started taking an anti-depressant eight weeks before her death after being given the drug by another student to cope with her anxiety issues ahead of her final exams.

Emmy had just broken up with her boyfriend two weeks before her death, was drinking excessive amounts of alcohol and decided to come off the drug.

Her family say she suffered anxiety as a result and took her own life.

She was one of nine university students from Bristol to take their life in 18 months – seven from Bristol University and two from UWE.

The family say no one from her university went to the inquest and they had no contact from anyone at UWE.

UWE have admitted they failed to keep proper contact records for not getting in touch sooner.

But the family say their lack of contact amounts to a lack of care from the uni which could have put other vulnerable students at risk.

Raven’s heartbroken granddad, Richard, says he did not hear from UWE until he emailed the vice-chancellor Steve West after her inquest in July 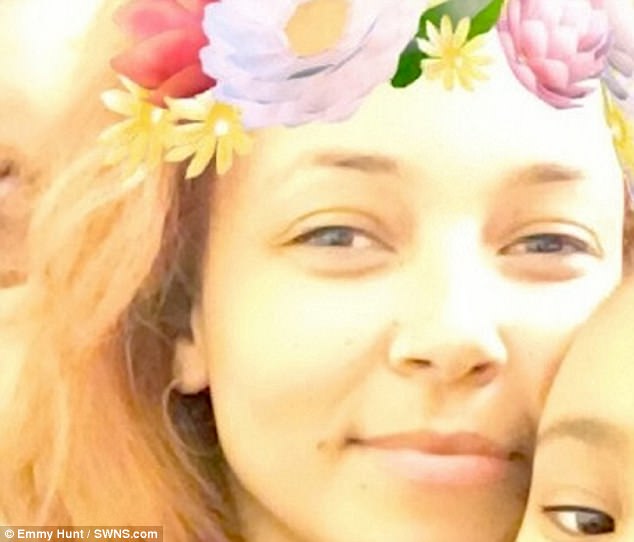 Doctors prescribed Raven, pictured ,anti-depressants and her mood fluctuated throughout the next few years, the family say

The university said it decided not to send anyone to the inquest as it was not their ‘normal practice’.

Her mum Emmy said: ‘I feel the university are trying to cover up. I feel like that anyway, even when I take myself out of the emotion of losing my daughter.

‘It would have been a lot longer [for them to get in contact] if we didn’t get in touch with them first. We would probably still be waiting now.

‘When they don’t help or don’t contact us, or do anything to support the case, to me it’s a cover up.

‘Not just for my child, but for other children who have passed away. Pastoral care is zero, that’s how I see it. How many more children have died?

‘She enjoyed her time in Bristol, and wanted to stay there after university and work with children. She was very passionate about it.

‘I don’t know why she would throw it away.’

Richard added: ‘I think they are incompetent. We’ve had no letter of condolence, nothing from the university until I emailed them.’

The family has spoken out for the first time after learning about the death of Justin Cheng on January 12, a Bristol University student who also took his own life.

Ged Flynn, chief executive of charity Papyrus, a UK charity dedicated to the prevention of young suicide, said the university’s lack of action could have put the lives of Raven’s family and friends at risk. 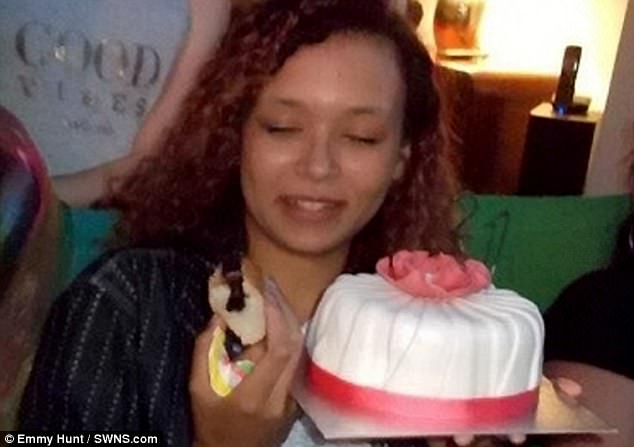 Emmy – who brought up her four children single-handedly – knew something was wrong when Raven did not reply to a message on April 12.

Emmy got in contact with her daughter’s friends and they launched a search for her. A dog walker found her hanged in Leigh Woods at around 1.45pm on April 13.

Raven was given a card with the Samaritans helpline number by her doctor but took her life before treatment could begin.

A day after Raven’s birthday – and three months after she died – Richard decided to write to the vice-chancellor.

He had tried ringing the university twice before to get help but was brushed off with excuses that their systems were ‘frozen’ or that someone would get back to them.

Richard said: ‘To me, it seems the dots aren’t joined up inside the university. They don’t have the systems or processes to deal with these things.

‘It’s difficult to say what’s wrong. The fact we had to drive everything is evidence they are not up to job of looking after the students in their care.’

Mr Flynn of Papyrus said those most at risk after a suicide were those closest to the deceased.

‘It’s unacceptable for the university not to follow up with support. We engage in campaigns for better support for those who survive and are left behind.

‘My message to all universities when this happens is to gather together and get your act together and conduct a safe and open discussion without romanticising suicide. Let the university wake up and smell the coffee.

‘Suicide is the leading cause of death among young people. You have got to talk about it.

‘The fact is that those who have been bereaved by suicide are at heightened risk of suicide as well. They will need that support.’

He said: ‘We are extremely sorry to learn the family were disappointed by the level of contact from the university following Raven’s death.

‘Despite systems being in place to facilitate emergency contacts for students, if contact details are not regularly updated issues can arise.

‘An internal review concluded that while the university went to great lengths to establish contact with close relatives to offer our sympathies and support, complications arose and we failed to meet the required standards.

‘As a result, changes have been made to our internal processes and these have been shared with the family.

‘We have also offered our support to the family in their proposal to honour Raven’s memory and raise awareness of the risks associated with drugs.

‘Regarding antidepressant use highlighted by the family, an investigation into allegations has been carried out by the university in conjunction with police.’

Emmy, from Southampton, said: ‘Raven was caring and loving. We called her the Golden Child – I could count on one hand how many times I’ve had to tell her off.

‘She was very fiercely protective of her family, and knew what she wanted to do with her life. She was close to her friends, she was such a likeable and loveable person.

‘I brought my kids up not to judge anyone and Raven had friends from all walks of life.

‘It’s hard, but so many people tell me stories of her and how much they loved her.

‘She was very bossy when she was growing up. When she was 15, she was at the birth of her youngest sister.

‘She wanted to be there because she was so into midwifery. She was so amazing, she absolutely adored her siblings.’

Speaking of her heartache, she added: ‘I don’t sleep, I don’t eat, I’m on anti-depressants and I get panic attacks. It’s been really bad.

‘I’m just trying to keep the kids together. I block it out, like it’s not happening, but that is no way of dealing with it.

‘I lost another child as a baby but – I’m not saying that wasn’t hard – but this is different.

‘I will never get over it or accept it, but I will have to learn to live with it. It’s still so raw, she meant the world to me.’

Who are the nine students who have taken their own lives in Bristol?

Raven is the ninth student from Bristol’s universities – seven at Bristol University and two at UWE – who took their own lives in an 18 months period.

First year student Daniel Green, 18, ‘took his life’ and was found hanging in his room at Goldney Hall on October 21, 2016.

In the narrative conclusion, a coroner said: ‘Daniel James Green took his own life but the question of intent is inconclusive.’ 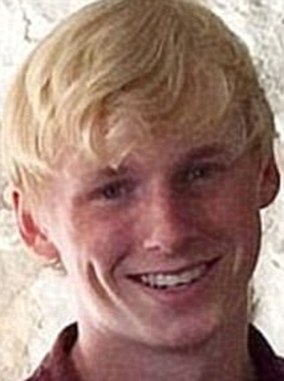 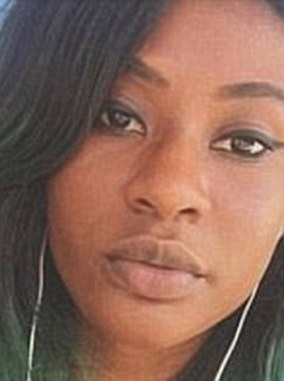 Kim Long, pictured left, an 18-year-old law student died of asphyxiation at his halls of residence on November 10. Lara Nosiru, 23, pictured right, a final-year neuroscience student was found dead in the Avon Gorge on January 30, 2017

Kim Long, an 18-year-old law student died of asphyxiation at his halls of residence on November 10, and an inquest concluded he took his own life.

Lara Nosiru, 23, a final-year neuroscience student was found dead in the Avon Gorge on January 30, 2017. 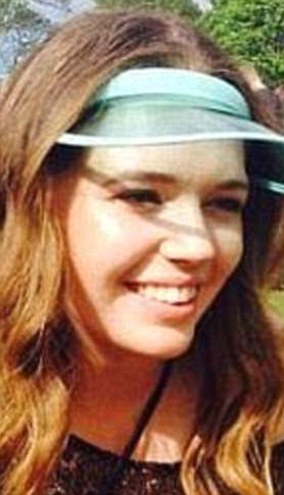 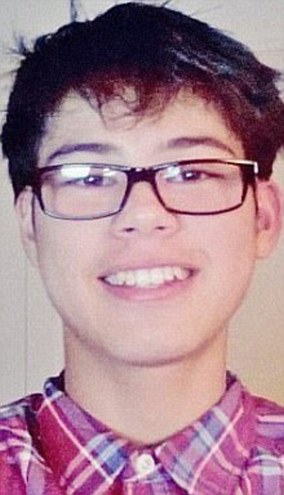 Third year Elsa Scaburri, 21, pictured left, was found hanged in a barn at a farm near her home near Salisbury on March 3 2017, an inquest heard. First-year student Sam Symons, 19, pictured right, was found in his room at a halls of residence

A coroner concluded ‘she took her own life whilst under the influence of drugs’.

Third year Elsa Scaburri, 21, was found hanged in a barn at a farm near her home near Salisbury on March 3 2017, after taking her own life, an inquest heard.

First-year student Sam Symons, 19, was studying law at the University of the West of England (UWE), also in Bristol, and was found in his room at a halls of residence. 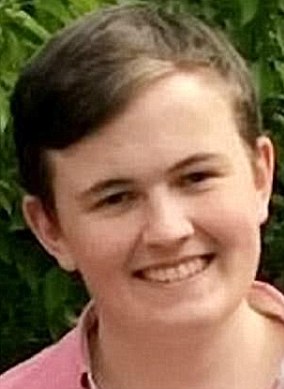 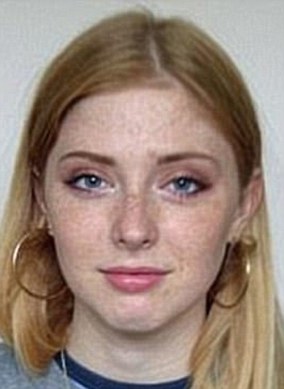 He died during the night of Sunday, April 30, or in the early hours of Monday, May 1, and an inquest concluded suicide.

James Thomson, 20, a second-year maths student, took his own life on October 25, 2017. He hanged himself at the home he shared with uni friends.