Lance ‘Buddy’ Franklin has spoken out in support of incarcerated Indigenous Australians in light of the George Floyd racism conversation.

The Sydney Swans AFL star uploaded a six-part Instagram post on Wednesday in honour of all victims of racial crime and prejudice.

‘Justice for all. What’s happening in the US is happening on our own soil and all around the world,’ he posted.

‘Thoughts and prayers are with George Floyd’s family and all affected by this tragedy and the tragedies before his murder.’ 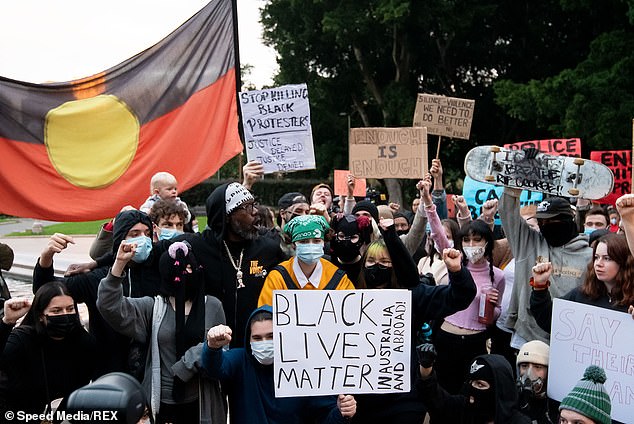 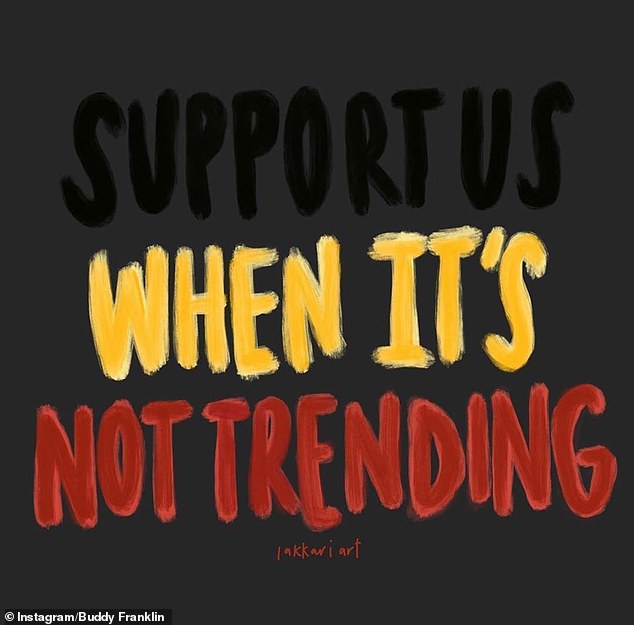 The 33-year-old’s post included an artwork from Gamilaroi/Ularoi artist Lakkari Pitt from Walgett in north-west NSW which reads ‘support us when it’s not trending’.

An image of a protester in America with a sign reading ‘Justice for George Floyd’ was included, along with a collage of victims in a Black Lives Matter artwork and a tribute to Dunghutti man David Dungay Jr.

The 26-year-old died in hospital at Sydney’s Long Bay Jail in 2015 after being restrained face down by officers while screaming ‘I can’t breathe’. 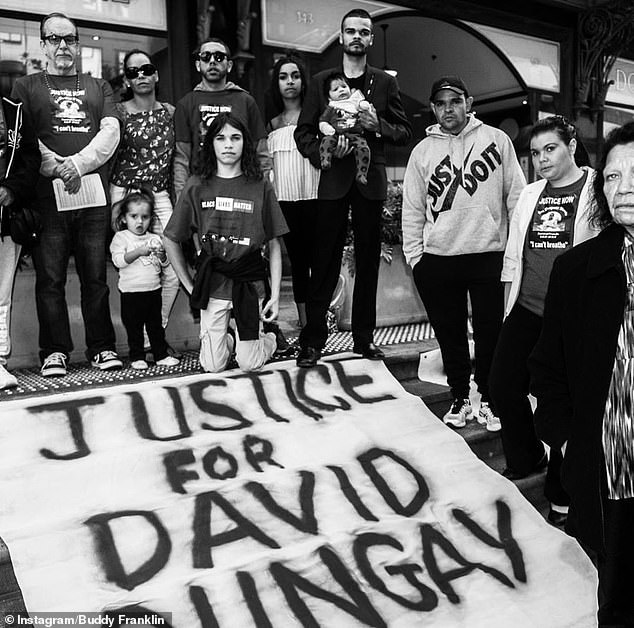 Franklin gave tribute to Dunghutti man David Dungay Jr, who died in hospital at Sydney’s Long Bay Jail in 2015 after being restrained face down by officers while screaming ‘I can’t breathe’ 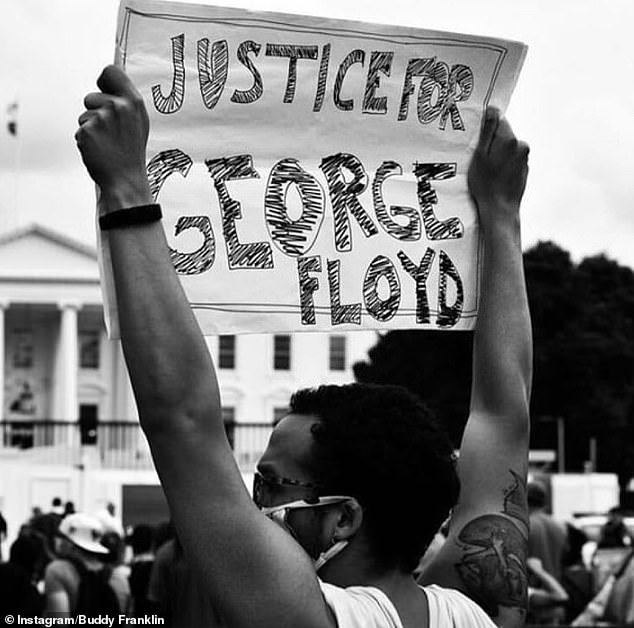 ‘In some ways Australia’s criminalisation of its black citizens is even more pronounced than the United States but we don’t have music, movies and TV shows explaining it to us as regularly,’ he posted.

‘We lock up Indigenous Australians at four times the rate of black Americans. It’s an even more jarring figure in the youth detention system, where about 50 per cent of all detainees are Indigenous.

‘It’s a crude and imperfect comparison, but it still paints a picture of our justice system.’ 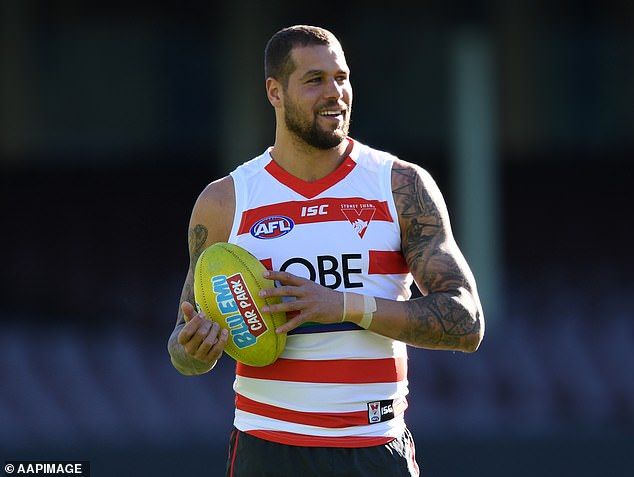 Franklin’s statement follows on from fellow Indigenous AFL star Chad Wingard who on Tuesday slammed mainstream media outlets for showing the negative side of protests that turned violent in American cities.

The 26-year-old also took aim at those who claim racism is not as prolific in Australia as it is in the U.S.

Wingard is part of the Kaurna people of from the Adelaide Plains in South Australia and says racism towards Ingenious Australians is still widespread.

In a series of Instagram and Twitter posts he vented his frustration with racism and media organisations.

‘I don’t trust our media anymore! Until things change I wont be doing any interviews I’m not contracted to do! I’ll be sharing my own thoughts and content!’ he said.

Wingard shared multiple messages of support and images of peaceful protests in the U.S. 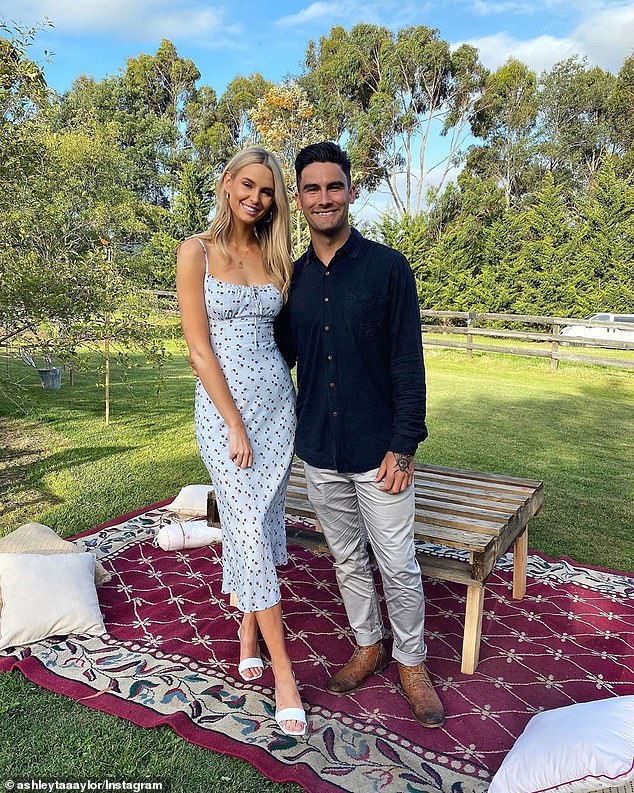 In one post U.S. police officers were seen taking a knee in solidarity of Floyd’s death.

‘Again what Australian mainstream media forget to show, only show you the negative riots,’ he said.

Wingard also said Australians needed to ‘look at our own backyard’ and urged people to take action on racism.

‘When people are saying racism in Australia is nothing compared to American, ask any Aboriginal person growing up,’ he said.

‘Just because you didn’t see it or it doesn’t affect you doesn’t mean it isn’t there. Our children deserve better and I’m always going to fight for them.

‘Stand together and don’t be silent,’ he said.