BUMBLE ON THE TEST: Full marks to England for making the best of the Rawalpindi pitch

BUMBLE ON THE TEST: Full marks to England for making the best of the Rawalpindi pitch – now Pakistan have to give the fans what they want and go for the win… while there’s a bit of Kevin Pietersen about young Harry Brook

England overcame difficulties with the pitch in Rawalpindi to produce another exciting day of action on day four of their Test with Pakistan.

Brendan McCullum’s side continued their crowd pleasing style, with England captain Ben Stokes boldly challenging the hosts to play for the win on the final day by declaring at tea-time with every possible result still on the table.

TOP MARKS TO ENGLAND FOR MAKING THE BEST OF RAWALPINDI PITCH

There’s been a massive reaction on social media from both sets of supporters about this Rawalpindi pitch saying it simply isn’t acceptable. Make no mistake it is what Pakistan captain Babar Azam told the curator what he wanted. He let that slip over the weekend. But full marks to the players because they have made the best of it.

Once England made 657 Pakistan had to stay in the Test and they did that really well. But then Ben Stokes laid down the gauntlet with a declaration that put the onus on the hosts and said ‘it’s your pitch, over to you.’ There were many who would have batted into the fifth morning if they were Stokes! But he said ‘let’s have a game.’

So, will Pakistan go for it on the final day? We will see but I know what I would do – try everything to win. There is a white-hot football World Cup going on and everyone is glued to it. The bigger picture is that cricket is in competition with that – that is why Stokes and England were spot on in giving Pakistan four sessions to get 343.

I’ve seen Harry Brook at close quarters at Yorkshire and he is clearly the real deal. What a performance in his second Test. Joe Root said it’s like standing at the other end to Kevin Pietersen and it doesn’t get any better than that! Brook is tall like Pietersen and is a commanding figure. And there is a bit of KP about his shot-making too. 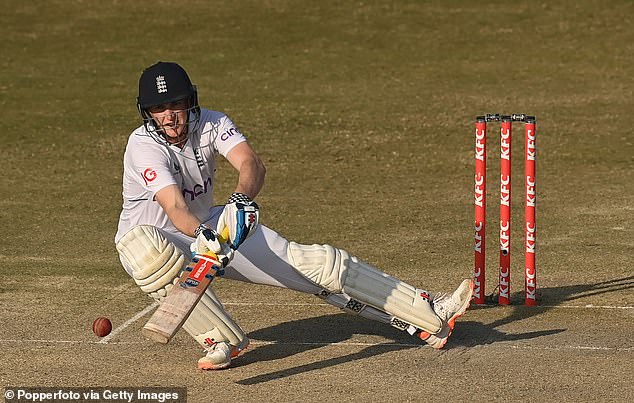 ROB KEY’S INFLUENCE ON THE ENGLAND SIDE IS UNDENIABLE

It really is remarkable what England are doing. Look at some of the players they are picking now – Brook, Liam Livingstone, Ben Duckett and Will Jacks! They all keep on coming at you. This policy has got Rob Key written all over it. Him coming together with Stokes and Brendon McCullum last summer was the perfect storm.

KEEPING BUSY IN THE GARDEN

Everybody knows I’ve nowt much to do these days but I’m keeping busy. I’ve just taken delivery of an agricultural building for the garden. And I’ve also purchased a potting shed and a Victorian greenhouse! And indoors I’ve started baking and I’m doing my own home brew which is better than anything you can get in a pub!

MEMORIES OF PAKISTAN WITH ADAM HOLLIOAKE

But I would have loved to have been in Pakistan because I’ve got great memories of the place. I will never forget a training camp we had in Lahore when I was England coach ahead of the 1997 Champions Trophy in Sharjah. Adam Hollioake led the charge and made sure we saw all the sights. That included the Badshahi Mosque which holds 110,000 people. We went down the markets, too, and Hollioake ended up on an elephant. Happy days… 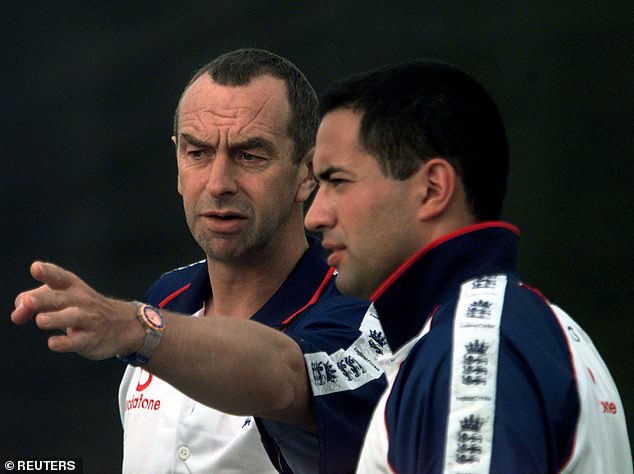