Casual employees who received a short term pay rise when the government introduced the JobKeeper subsidy will be subjects of a ‘secret audit’.

A Treasury review hopes to determine just how many Australians are now receiving more cash than they were prior to the coronavirus crisis.

Some officials believe the government should adjust the subsidy to avoid ‘overpayments’, but others believe it is too late, particularly given the government recently admitted JobKeeper was running $60b under budget.

The Australian Treasury Regulatory Reform Taskforce is assessing all options for the scheme, and will report back with an estimate of how many workers are better off with the payments.

People who weren’t entitled to JobKeeper were forced to go on the JobSeeker Centrelink payment. Pictured: Lining up out the front of a Centrelink in Melbourne on March 23, the day pubs, bars, restaurants, cafes and gyms closed

Teenagers appear to have been the biggest winners during the crisis, with some recording a 16 per cent pay rise as a result of the scheme.

The current format offers all eligible employees a $1,500 per fortnight flat rate, regardless of what they were earning prior to the pandemic.

The Australian Taxation Office will be able to obtain information about workers’ usual pay compared to their JobKeeper allowance using the Single Touch Payroll system.

Prime Minister Scott Morrison hinted he may consider extending the $1,500 a fortnight cash splash for industries worst impacted during the pandemic. 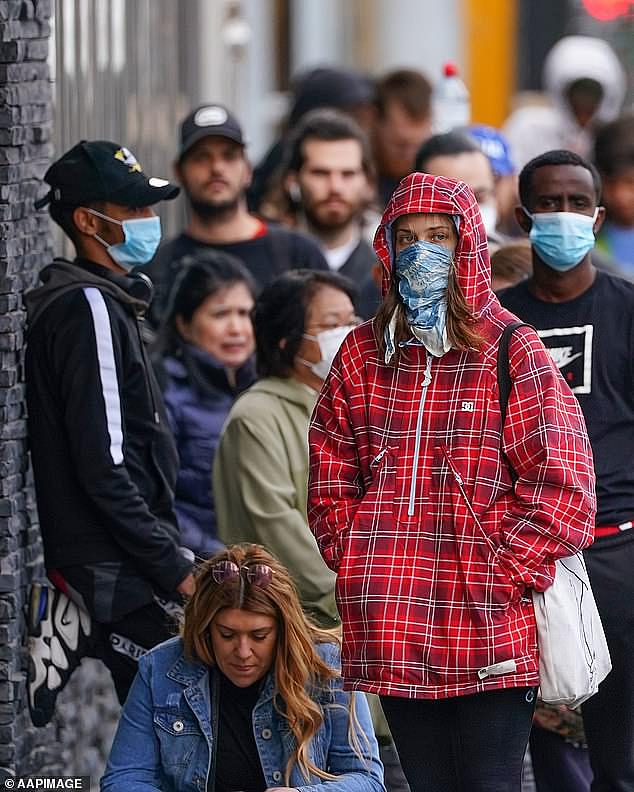 ‘Now, there are many challenges that the economy will face beyond September. We know that and there are particular sectors that will feel this for longer, particularly those who are dependent on international borders,’ Mr Morrison said.

‘As the economy reopens, large parts will no longer need to be dependent upon government subsidies and they’ll be able to stand on their own two feet.

‘As more and more businesses can do that, we’ll be able to target more of our assistance to those areas in greatest need, and that has always been the plan.’

But the PM has refused to discuss expanding the scheme to casual workers and foreign visa holders who haven’t been entitled to anything.

Even though a clerical error saw the amount needed for the scheme slashed from $130 billion to $70 billion on Friday – a $60 billion saving – Mr Morrison said the government shouldn’t automatically look to spend the extra money. 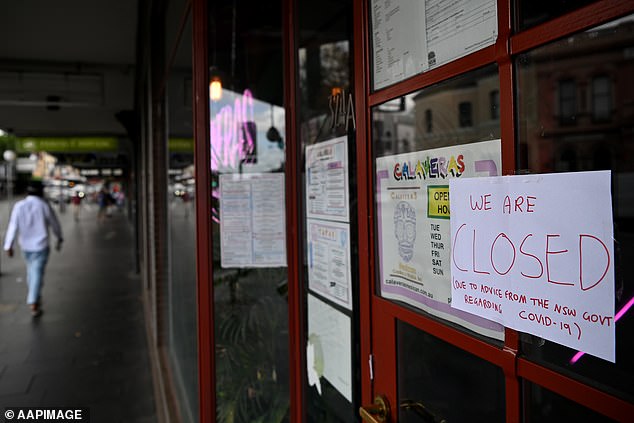 Instead, he said Australians should welcome a smaller debt, given coronavirus stimulus spending has blown out to more than $300 billion.

‘There were many unknowns and Treasury did the best they could to estimate what the cost would be,’ he said on Sunday.

The Federal Government estimated 6.5 million Australians would be receiving the $750-a-week payments based on forms filled out by eligible businesses.

But 1,000 companies incorrectly reported the number of their employees by accident, meaning the figure was more like 3.5 million. 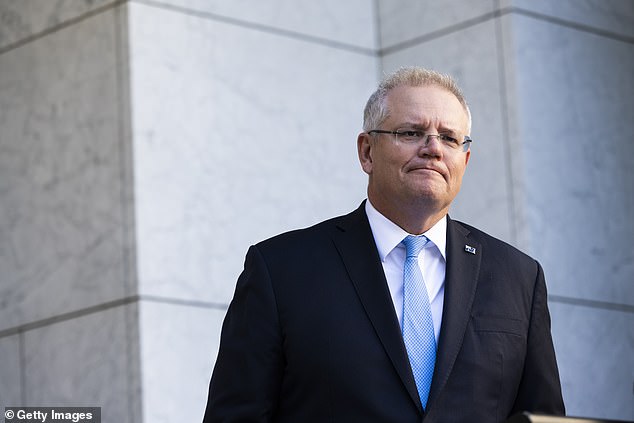 The Federal Government estimated 6.5 million Australians would be receiving the $750-a-week payments based on forms filled out by eligible businesses