Cat trapped in the undercarriage of a car rescued by NYPD

Are you kitten me? Cat gets trapped in the undercarriage of a car after hitching a lift from Brooklyn to Harlem – luckily seven NYPD officers were on the case!

A kitten was rescued by New York Police officers after she cheated death by clinging onto the undercarriage of a car as it traveled more than 15 miles from Harlem to Brooklyn.

The black and white female was crossing the Jackie Robinson Parkway in Brooklyn on Tuesday. The driver of a Volkswagen SUV saw her and stopped his car to avoid running her over, but when he looked to see if the kitten had escaped, she was nowhere to be seen, as reported by the New York Post.

The man continued his journey to West 135th Street and 7th Avenue in Harlem. 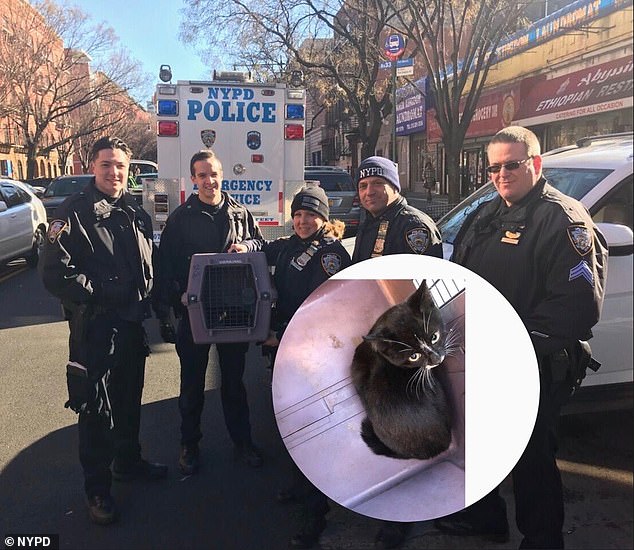 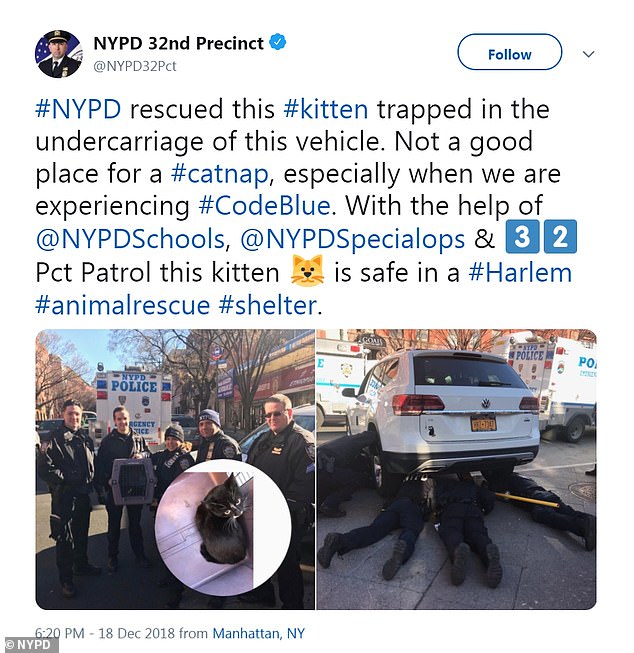 When he got out of the car, he heard meows and flagged down an officer, George Mastrokostas for help.

A team of seven NYPD officers from the 32nd Precinct took part in the rescue operation using a car jack to remove the, undoubtedly terrified, kitten from the car’s undercarriage.

She was given the name ‘Chance’ after Sgt. Christopher Chance, one of the officers from the 32nd Precinct, who helped free her.

NYPD 32nd Precinct announced the rescue on Twitter and shared the good news that Chance is safe and sound in a Harlem animal rescue shelter.