Celine Dion has been diagnosed with Stiff Person Syndrome (SPS), which causes her muscles to tense uncontrollably.

The condition ultimately leaves sufferers as ‘human statues’ as it progressively locks the body into rigid positions, leaving people unable to walk or talk.

While there is no cure for SPS, there are treatments to slow down the progression, with Celine revealing she is doing all she can to minimise symptoms.

The 54-year-old singer addressed her fans in a tearful Instagram post on Thursday as she revealed it has forced her to cancel her European tour.

Heartbreaking: Celine Dion revealed in a tearful Instagram post on Thursday that she has been diagnosed with Stiff Person Syndrome, which causes her muscles to tense uncontrollably

She penned: ‘Hello everyone, im sorry it’s taken me so long to reach out to you. I miss you all so much and can’t wait to be on stage talking to you in person.

‘As you know I’ve always been an open book and I wasn’t ready to say anything before but im ready now.

‘I’ve been dealing with problems with my health for a long time and its been really difficult for me to face my challenges and to talk about everything that I’ve been going through.

‘While we’re still learning about this rare condition, we now know this is what’s been causing all the spasms I’ve been having.’ 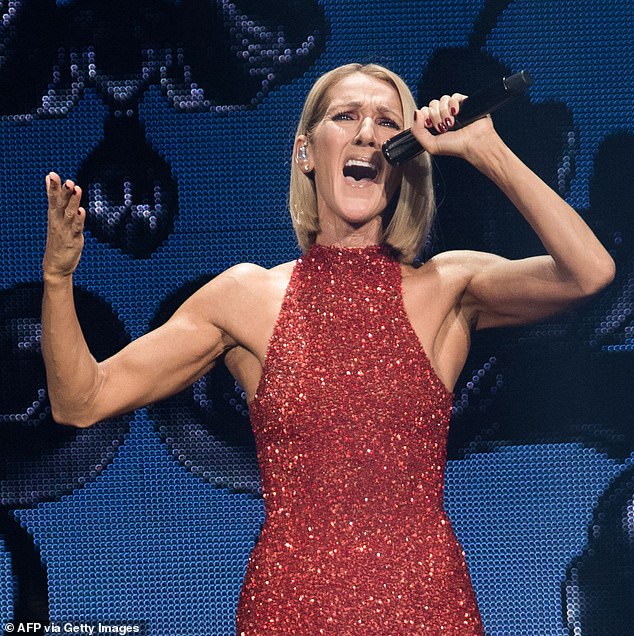 Tragic: SPS leaves sufferers as ‘human statues’ as it progressively locks the body into rigid positions, with Celine revealing it had forced her to cancel her European tour (pictured in 2019)

Detailing the impact the condition has had on her, Celine continued: ‘Unfortunately, these spasms affect every aspect of my daily life sometimes causing difficulties when I walk and not allowing me to use my vocal chords to sing the way im used to.

‘It hurts me to tell you today that this means I won’t be ready to restart my tour in Europe in February.

This rare condition is a neurological disorder. Its origin is unclear.

As the name suggests, it progressively locks the body into rigid positions, starting with the truncal muscles (torso and neck, spreading into the limbs).

As the disease progresses, patients sometimes become unable to walk or bend.

Interestingly, it affects twice as many women as men.

It is frequently associated with other autoimmune diseases such as diabetes, thyroiditis, vitiligo, and pernicious anemia.

Treatment involves anti-anxiety drugs, muscle relaxants, anti-convulsants, and pain relievers, which improve the symptoms, but there is no cure.

‘I have a great team of doctors working alongside me to help me get better and my precious children who are supporting me and giving me help.

‘I’m working hard with my sports medicine therapist every day to build bac my strength and my ability to perform again but I have to admit it’s been a struggle.

‘All I know is singing it’s what I’ve done all my life and its what I love to do the most.

‘I miss you so much. I miss seeing all of you being on the stage performing for you.

‘I always give 100 percent when I do my show but my condition is now allowing me to give you that right now.

‘For me to reach you again I have no choice but to concentrate on my health at this moment and I have hope that im on the road to recovery.

‘This is my focus and I’m doing everything I can to recuperate.

‘I want to thank you so much for your wishes and love and support on my social media. This means a lot to me.

‘Take care of yourselves. Be well. I love you guys so much and I really hope I can see you again real soon.’

Celine first hinted at her health woes in January when she cancelled the North American dates of her Courage world tour from March 9 to April 22.

The announcement came three months after she had to cancel the start of her Las Vegas comeback residency over the same health issue.

Celine has became known as ‘Queen Of Las Vegas’ because of her enormously successful residencies there.

After retiring her famous Caesars Palace residency in 2019, she was coaxed back to Sin City to perform at the new Resorts World on the Strip. 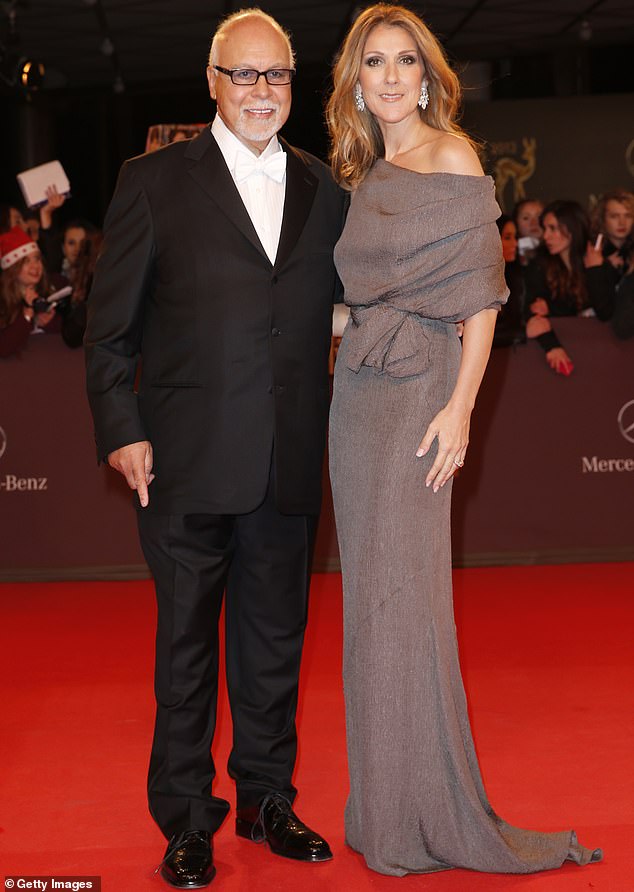 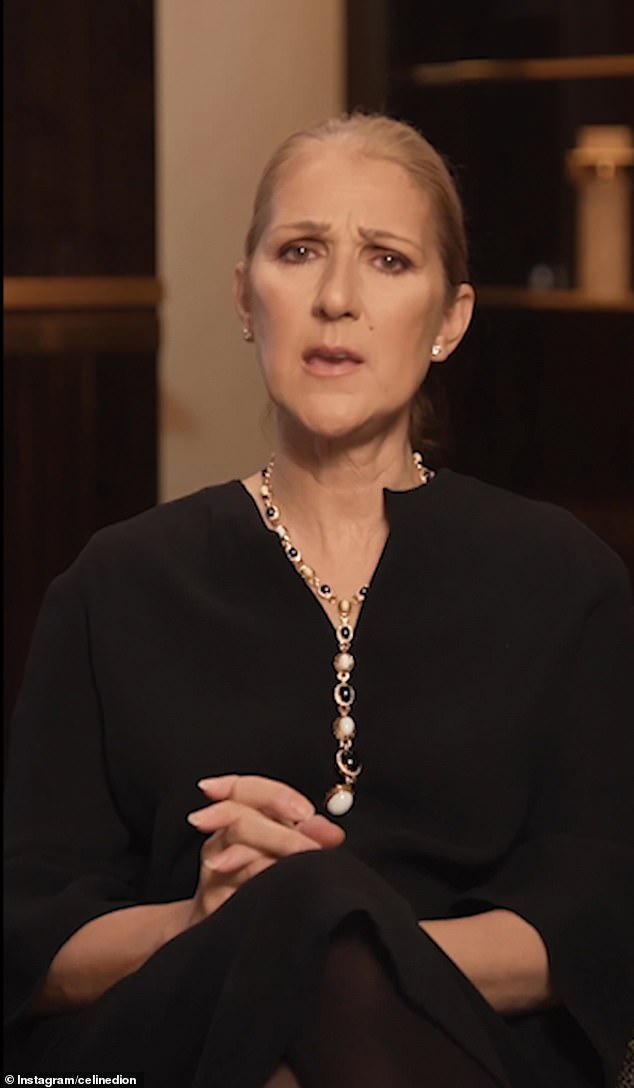 Health: While there is no cure for the condition, there are treatments to slow down the progression, with Celine revealing she is doing all she can to minimise symptoms 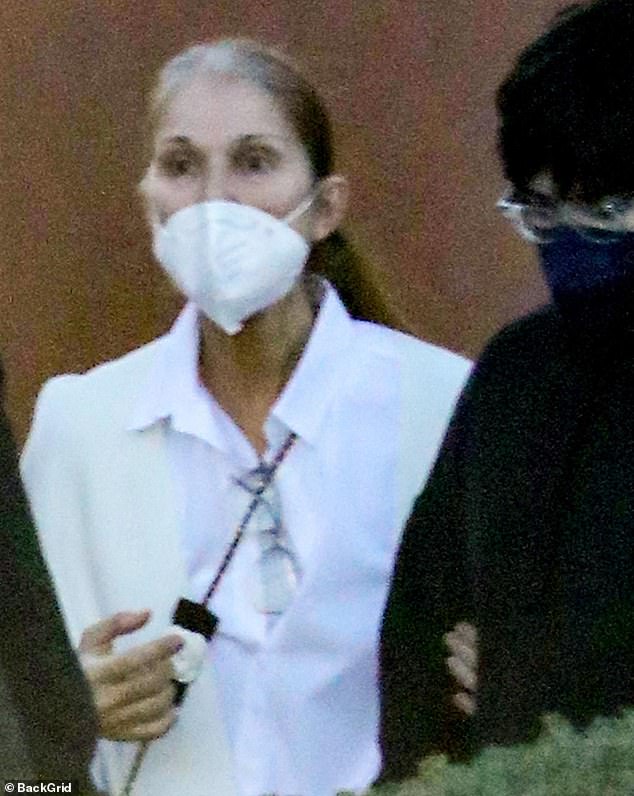 Last picture: Celine has not been photographed since this picture in January 2022

A statement on her website said that Celine ‘recently has been treated for severe and persistent muscle spasms which are preventing her from performing, and her recovery is taking longer than she hoped.

‘Her medical team continues to evaluate and treat the condition.’

Celine added: ‘I was really hoping that I’d be good to go by now, but I suppose I just have to be more patient and follow the regimen that my doctors are prescribing.

‘There’s a lot of organizing and preparation that goes into our shows, and so we have to make decisions today which will affect the plans two months down the road. I’ll be so glad to get back to full health, as well as all of us getting past this pandemic, and I can’t wait to be back on stage again.’

‘Meanwhile, I’ve been very touched by all the words of encouragement that everyone’s been sending to me on social media. I feel your love and support and it means the world to me.’

In 2019, Celine sparked concern among her followers who accused her of being ‘too thin’.

The Canadian songstress told Entertainment Tonight that ‘she’s always been very thin,’ adding ‘Is there anything wrong about my body?’

She continued: ‘When you go back, when I was 12 years old, my face was rounder because you have more fat and you’re younger… But I’ve always been very thin.’

The SPS diagnosis is the latest tragedy to befall Celine following her husband Rene Angelil’s death aged 73 in 2016.

She met Rene in Canada when she was a 12-year-old aspiring singer and he was already 38. He became her manager.

His dedication to nurturing her career reportedly drove him to mortgage his home so that he could provide funding for her 1981 debut album La Voix du bon Dieu.

It was only in 1993, however, that she publicized their romance, slipping the announcement into the liner notes of her album The Colour Of My Love.

In December 1994 they married in Montreal’s Notre-Dame Basilica, which became the venue for their eldest son Rene-Charles’ christening and Rene’s funeral.

Rene died at 73 of a heart attack while suffering from terminal throat cancer in January 2016. Two days later, Celine lost her brother Daniel to throat cancer.

That August, Celine released a tribute album to him in French entitled Encore un soir, with a single of the same name that was a hit in francophone markets. 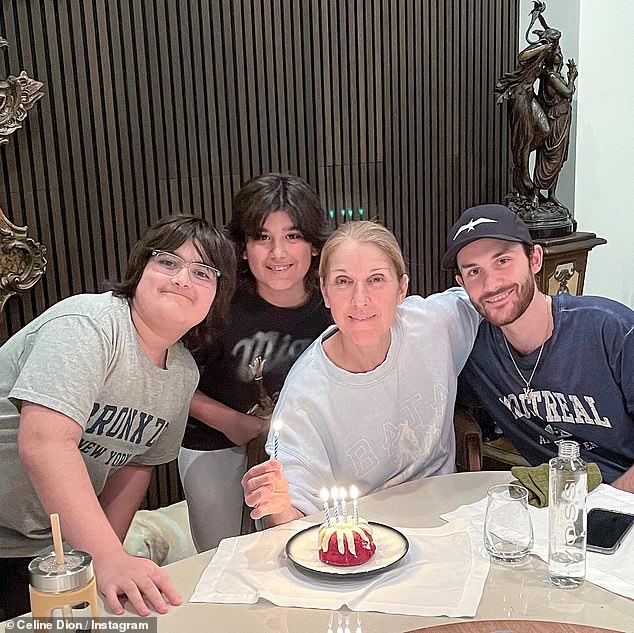 Family: Celine shares three sons with her late husband – Rene-Charles, 21, and twins Nelson and Eddy, 12 (pictured in May)

Fans have been left ‘heartbroken’ over the news and took to social media to voice their support and condolences.

One person tweeted: ‘I just knew it was serious. Celine, you are my hero. One in a billion. Of course, it had to be something so rare to take you down. But you’ve got this!’

Another wrote: ‘Praying for @celinedion’s health and recovery this morning. Celine has been such an inspiration to me throughout the years – sending all my love her way today x’.

Someone else echoed: ‘my heart aches for celine dion! that lady has done so many for her fans and to see her in such pain is just heartbreaking! a beautiful soul like hers don’t deserve this #prayersforcelinedion’.

And a fourth agreed, writing: ‘Heartbroken and in tears over the news of @celinedion. I adore you. You were my very first concert right after titanic came out. I will never forget you singing my heart will go on on a titanic model ship. I am praying for you in the deepest possible way. I love you’. 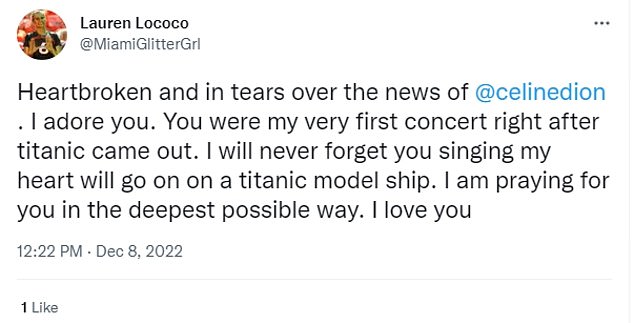 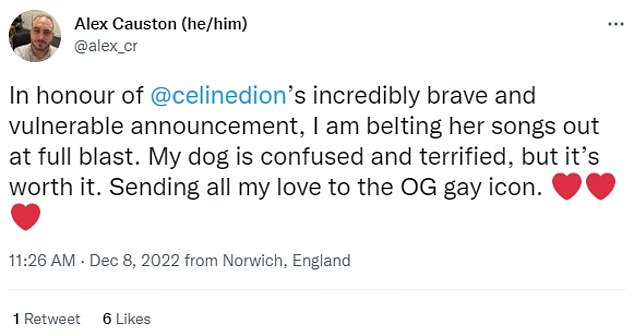 Upset: Fans have been left ‘heartbroken’ over the news and took to social media to voice their support and condolences