Cervical cancer rates in Britain will be slashed in half by 2050 and ‘eliminated’ by the end of the century, experts have calculated.

By the year 2100 that could help reduce the global caseload to four in 100,000 women, making it effectively eliminated.

New highly-sensitive smear tests, being rolled out across the NHS this year, will increase the number of cases picked up before they turn into cancer.

And the HPV vaccine for schoolgirls, introduced to Britain a decade ago, will soon start to prevent cancers by the thousand.

Fact: Around 3,200 British women are diagnosed with cervical cancer every year and 1,000 die with the disease annually (stock image)

A global report published last night in the Lancet Oncology journal predicts 13million cases of cervical cancer will be prevented around the world in the next three decades thanks to the new developments.

The authors of the report, from the Cancer Council New South Wales in Sydney, say without the two technological advances – one of which vaccinates against the HPV virus and one of which detects the virus in a sensitive screening test – the number of cases would soar due to population growth.

Instead, in Britain alone they expect 18,000 cases to be averted.

Cervical cancer is chiefly caused by the HPV virus, which is transmitted by sex and intimate skin-to-skin contact.

Around 3,200 British women are diagnosed with cervical cancer every year and 1,000 die with the disease annually.

The NHS cervical screening programme invites women aged 25 to 49 for testing every three years, and every five years for those aged 50 to 64.

But attendance is falling – and just 71 per cent of women in Britain took up their latest invitation. 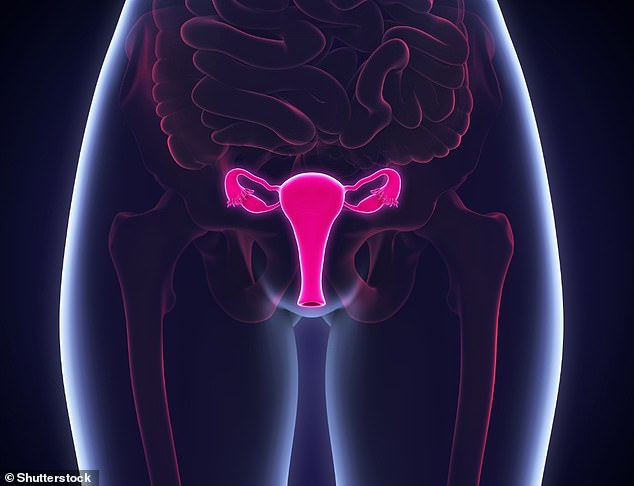 Did you know? The NHS cervical screening programme invites women aged 25 and 49 for testing every three years, and every five years for those aged 50 to 64

Millions of women are putting their lives at risk because they are too embarrassed to be tested for cervical cancer, we reported in January.

The cervical screening uptake in Britain is at an all-time low, with research suggesting issues of ‘body consciousness’ are keeping women away.

A decade after reality TV star Jade Goody died at the age of 27 – prompting a huge increase in testing attendance – the impact of her death has faded, charities say.

Screening attendance has fallen to just 71 per cent, with 5 million women currently overdue for testing.

About 3,200 British women are diagnosed with cervical cancer every year and 1,000 die with the disease annually – but rates are projected to rise by nearly 40 per cent in the next 20 years. Experts say another 2,000 women would be killed by the disease every year without the screening programme.

Health officials are particularly concerned about the under-35s, of whom just 65 per cent took up their latest screening invitation. They are worried that the ‘millennial’ generation is beset by feelings of fear, vulnerability and shame at being examined.

Polling among 2,000 women aged 25 to 35 found that 80 per cent of those who have avoided or delayed testing said they felt ‘body conscious’. Researchers believe body image issues – including a perception of what is ‘normal’ – is being exacerbated by social media and glossy magazines.

It is a worrying echo of the long-known fears that have led men into being too embarrassed to get their prostates checked. As a result, the Daily Mail has campaigned to improve prostate cancer treatment and diagnosis.

The survey, conducted by Censuswide, also suggested 81 per cent of women felt embarrassed about smear tests, 71 per cent were scared and 67 per cent felt they did not have control over the process.

Study leader Professor Karen Canfell said: ‘Despite the enormity of the problem, our findings suggest that global elimination is within reach with tools that are already available, provided that both high coverage of HPV vaccination and cervical screening can be achieved.’

Commenting on the findings, Mark Jit, professor of vaccine epidemiology at the London School of Hygiene & Tropical Medicine, said: ‘We now have the technological tools, an effective vaccine and a highly sensitive screening test, to eliminate both cervical cancer and the virus that causes it.’

Robert Music, chief executive of Jo’s Cervical Cancer Trust, said: ‘To have a cancer that can be eliminated is truly exciting.

‘The HPV vaccine and cervical screening programmes provide fantastic weapons against this awful disease and on the horizon are further advancements such as more effective vaccines, potential for epigenetic testing and HPV self-sampling which will get us even closer to elimination.

‘Yet disparities in provision of and access to even the basic programmes worldwide are stark. We are seeing far too many diagnoses and deaths that could be prevented and without concerted global investment and collaboration will only see more.’