Mass surveillance by government agencies is increasing, especially in the United States, whistleblower Chelsea Manning told a Montreal audience on Thursday as she called for limits on the development of artificial intelligence.

‘Ten years ago, I was working in military intelligence and I could feel the power, and could see how technology is implemented,’ Manning, once jailed for leaking classified information, said at the C2 Montreal business conference.

Manning said she is stunned now by the ‘dramatic change in policing style, and aggressive (government) surveillance.’ 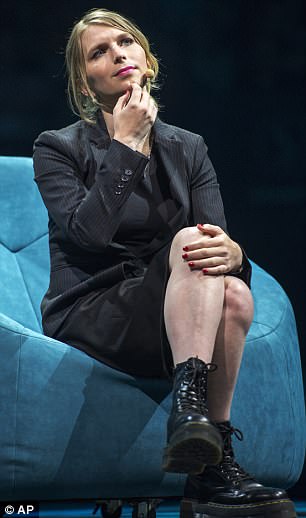 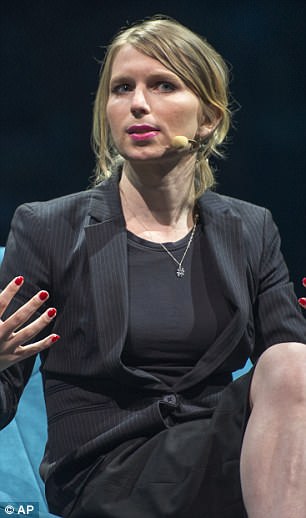 Manning said she is stunned now by the ‘dramatic change in policing style, and aggressive (government) surveillance

It is ‘getting worse, especially in the United States,’ she added.

She urged programmers and computer scientists working on artificial intelligence and machine learning ‘to consider the ethical implications of the technology that they are building and developing.’

And even if they don’t think their product is harmful, it may have repercussions when combined with something else and used in a way never imagined.

‘One technology company works on video, another works on collection of big data, another one works on self-flying drones and another one is a defense contractor that works on weapons. It’s not the individual technologies, but it’s how they are packaged and built, and you can end up with self-flying death planes,’ she said.

Manning explained that at the beginning of her career, she worked with algorithms used to identify potential customers for companies.

Those formulas are the same ones being used to identify suspected terrorists, she said.

‘Those same algorithms were the ones I employed in Iraq in 2009 and 2010. Now we were using these algorithms to target people not as customers but as people to catch and kill,’ she said.

Manning, now 30, was an army intelligence analyst sentenced to 35 years in prison in 2013 for leaking more than 700,000 classified documents related to the wars in Iraq and Afghanistan.

The revelations by Manning, who is transgender and was then known as Bradley Manning, exposed covered-up misdeeds and possible crimes by US troops and allies.

Her actions made Manning a hero to anti-war and anti-secrecy activists, but US establishment figures branded her a traitor.

Then-president Barack Obama commuted her sentence, leading to her release in May 2017.

The fact that Manning was able to speak in Canada on Thursday was a huge stride for her. Just last year, she was turned away at the border due to her criminal record in the U.S. – for violating the Espionage Act.

Also during her talk Manning said she is writing a book and making a documentary about her life.

Manninng compared herself to Robert Oppenheimer, who helped develop the atomic bomb but spent his later life campaigning nuclear disarmament.