Child star Donna Butterworth has died at age 62 in Hawaii

Professional singer and child actor Donna Butterworth has died in Hawaii at the age of 62, after a long battle with an unspecified illness.

Butterworth, who starred alongside Elvis Presley, Jerry Lewis and Ron Howard in the 1960s, passed away at the Hilo Medical Center on the main island, following a long illness, the Hawaii Tribune-Herald reported.

She earned a Golden Globe nomination in 1966 in the category of Most Promising Female Newcomer for her role opposite Lewis in The Family Jewels, before quitting television and film soon after.

Professional singer and child actor Donna Butterworth has died in Hawaii at the age of 62, after a long battle with an unspecified illness; She is seen here co-starring with Elvis in a 1966 film 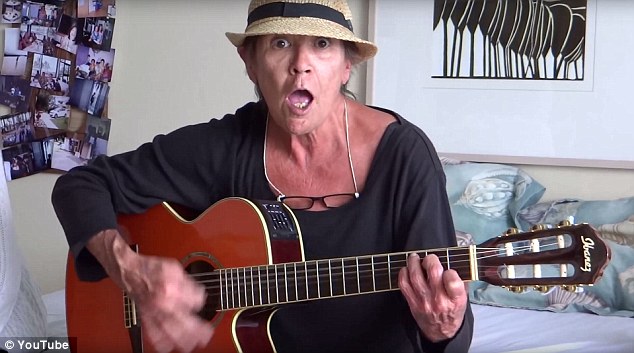 Butterworth is seen here in 2014 performing one of the song she sang in Paradise, Hawaiian Style in her role as Jan Kohana, the young buddy to Elvis Presley’s Rick Richards

Butterworth played the character of Donna Peyton in her big screen debut in 1965 with Lewis.

One year later, she was on the silver screen again, this time with the ‘King of Rock and Roll,’ himself.

At the age of 10, Butterworth sang three songs in the film, including one duet with Elvis. 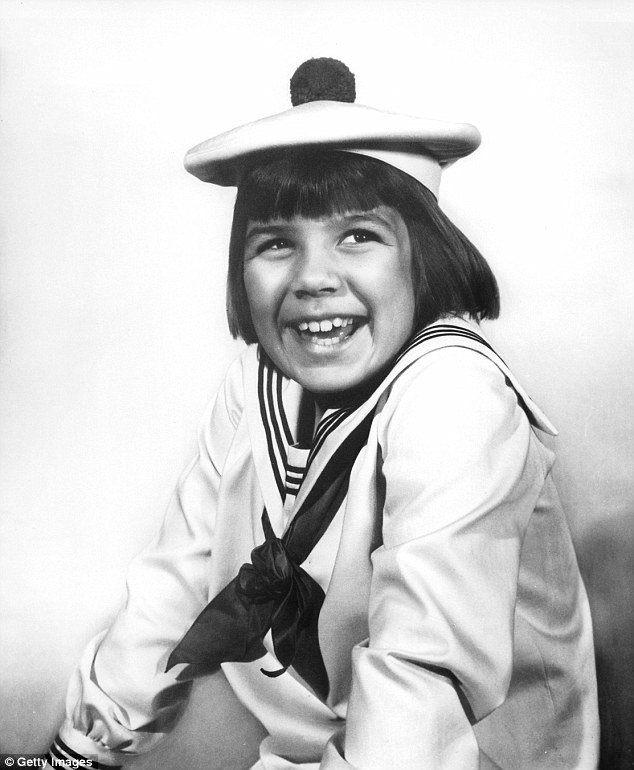 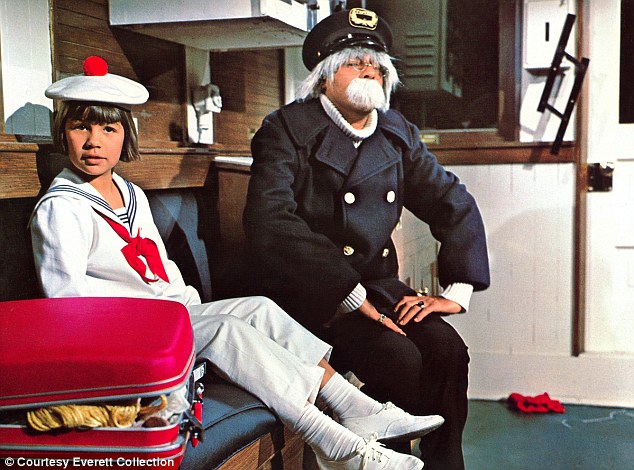 She spoke glowingly of her time on sent with ‘The King,’ in a 2015 interview with Joe Krein of Australia’s Official Elvis Presley Fan Club.

‘Elvis was a fabulous professional, but he was also a fabulous human being, because he was so comfortable with everyone,’ Butterworth said.

‘He always tried to have a lot of fun on the set. So, the four months that we all were together in Hawaii and of course at Paramount studios in Hollywood, he was just a great guy to be around.’ 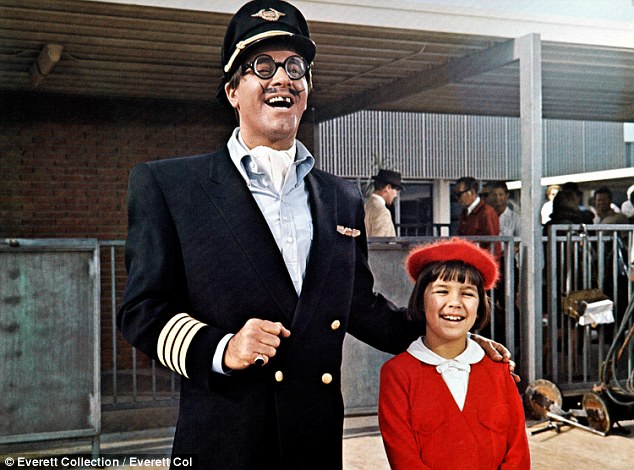 Lewis and Butterworth smile in a scene they shared in 1965’s The Family Jewels; Butterworth’s role in that film earned her a Golden Globe nomination for Most Promising Female Newcomer

After her two feature films premiered, Butterworth moved on to appear in several television spots.

She knew how to play the ukulele from a young age, and that granted her the opportunity to perform with Hawaii’s own Don Ho.

She also had guest posts on variety programs like The Hollywood Palace with Bing Crosby, The Andy Williams Show, The Dean Martin Show and The Danny Kay Show.

It was during a two-part appearance as the character of Laura-Kate Brackney in 1967 episodes of Walt Disney’s Wonderful World of Color, that Butterworth shared the small screen then-fellow child star, Ron Howard. 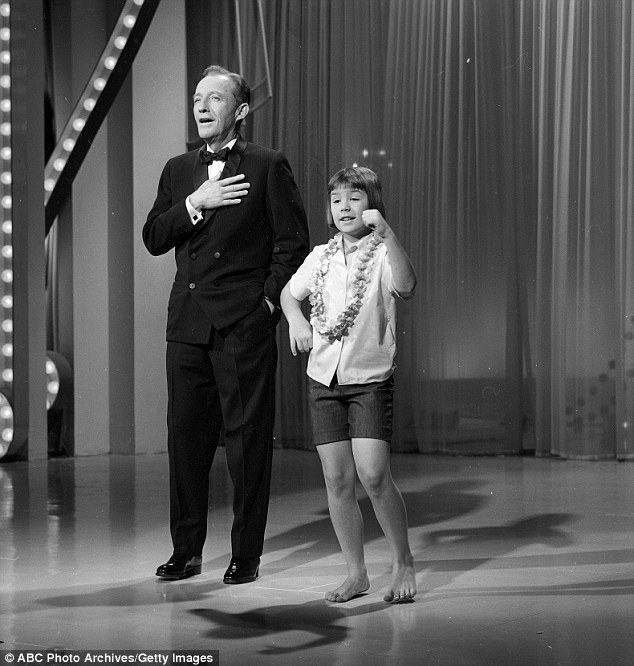 Butterworth is seen here standing next to Bing Crosby in the second anniversary show of The Hollywood Palace, which aired on January 1, 1966 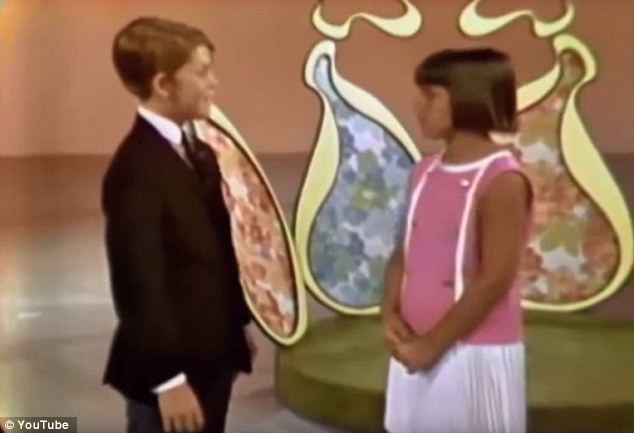 Butterworth is seen at right, with then-fellow child actor Ron Howard, on set in 1966

While all of that was unfolding, Butterworth also appeared in Little Leathernecks, an unsold sitcom pilot that eventually aired as an episode of a 1966 ABC summer-replacement series called Summer Fun.

It was after her appearance on the Disney show, however, that the child star quit acting, altogether.

As an adult, Butterworth recorded a CD in Hawaii in the early 2000s. 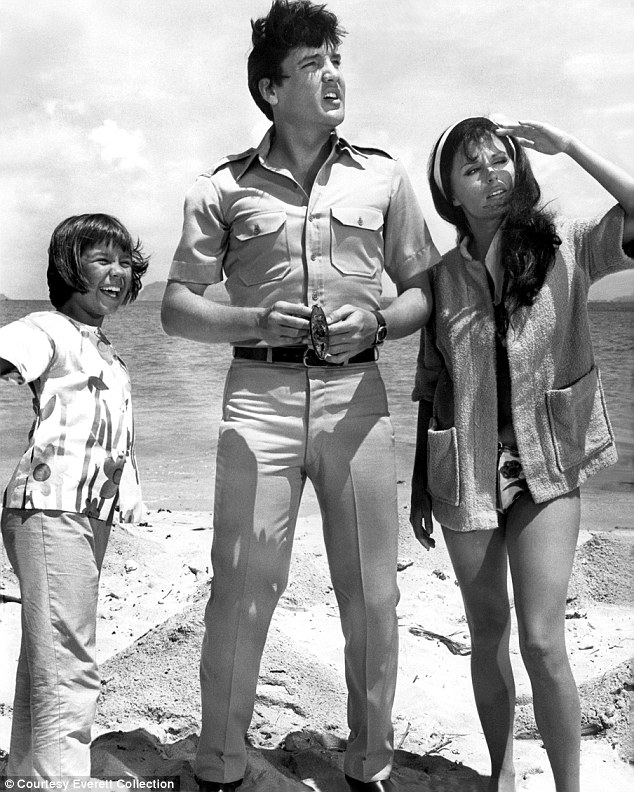 From left to right: Butterworth, Elvis Presley and Marianna Hill are seen here in a scene from  1966’s Paradise, Hawaiian Style

The child star moved to Hawaii with her family when she was just three years old.

She was born in Philadelphia on February 23, 1956. Butterworth is survived by her mother and brother.

Her loved ones are expected to hold a private memorial and celebration of her life at a later date, which has not been announced.

The funeral director at the Dodo Mortuary and Crematory in Hawaii was not immediately available to take DailyMail.com’s call regarding the illness Butterworth suffered from, leading up to her death on March 6. 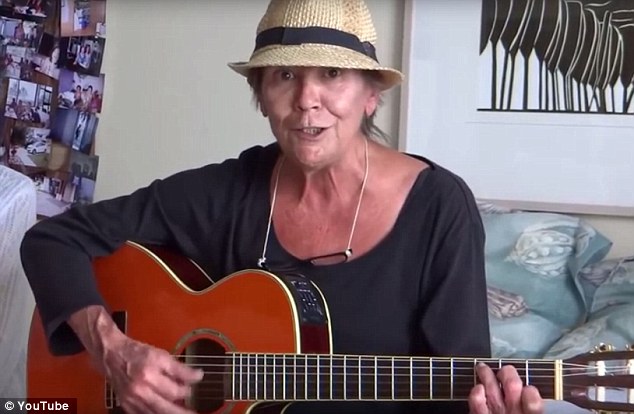 Sources in Hawaii were not immediately available to take DailyMail.com’s call regarding the illness Butterworth suffered from, leading up to her death on March 6