China has developed the world’s first hand-held sonic gun which can disperse crowds by causing painful vibrations in the eyeballs, ear drums and internal organs.

The rifle, which was developed by law enforcement and the military, uses low frequency sounds, causing a ‘biological effect’ on the body, according the South China Morning Post.

Studies have shown deeper noises, or infrasounds, can cause anything from mild discomfort to  dizziness, vomiting, bowel spasms, organ damage and heart attacks, the publication reports.

The sonic weapon, which are typically mounted on vehicles, is hand-held and powered by gas which when heated will emit a deep and monotonous sound, the Chinese Academy of Sciences said.

The project, launched in 2017,  has been approved by Ministry of Science and Technology for mass production.

‘The panel suggested that the fruit of the project should be transformed into practical equipment as soon as possible,’ Professor Xie Xiujuan, lead scientist on the project, told the publication.

It is not known when the weapon will be used by Chinese soldiers or law enforcement or if they will be used on anti-government protests in Hong Kong. 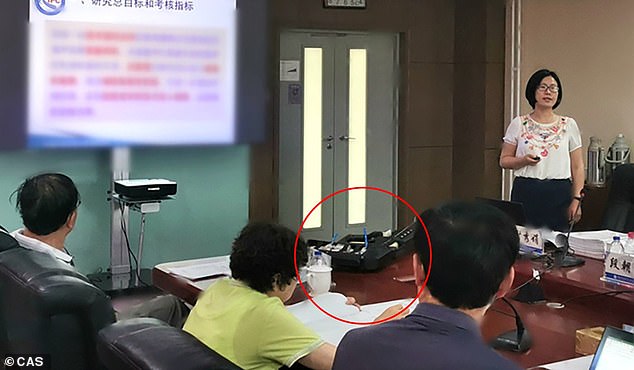 It comes after police have used non-lethal weapons to tackle protesters in the in the autonomous region of China after weeks of political unrest.

Riot police have used tear gas and rubber bullets to disperse demonstrations as violence escalated on the streets.

Hong Kong has been rocked by a series of anti-government protests for the past three months.

The demonstrations were initially sparked by a proposed law that would allow some criminal suspects to be sent to the mainland China to stand trial. 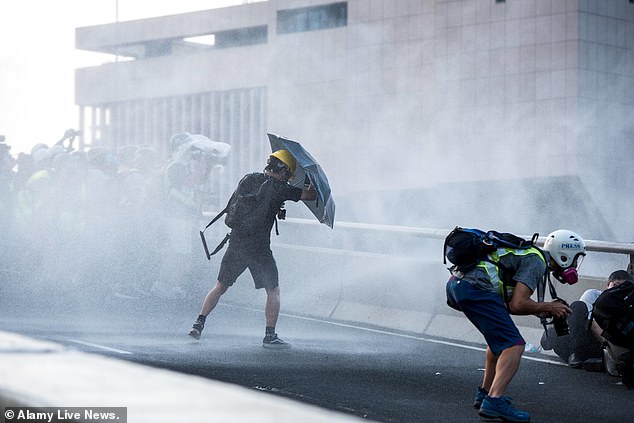